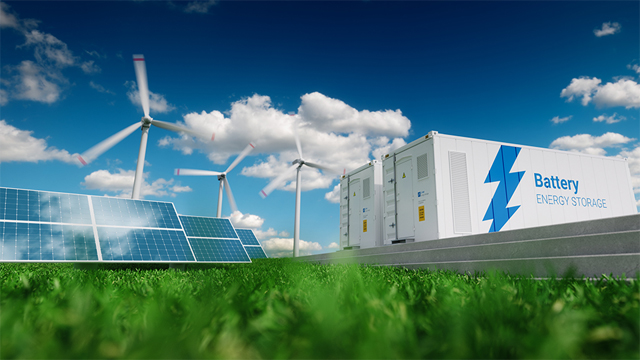 In the latest in our Net Zero know-how series, we talked to Will Hazelip, Vice President of National Grid Ventures in the US, about exciting new projects and future energy predictions.

Will Hazelip leads the Strategic Growth and Partnerships teams for National Grid Ventures in the US. “My focus is on expanding the scale and scope of renewable energy in the US,” he explains.

“It might sound corny, but I’m most proud that we’re taking a company with a significant legacy and culture of engineering and applying that to deliver a clean energy transition. That’s really exciting.”

Will, who’s based in Boston and has worked at National Grid Ventures for five years, leads on the development of a diverse portfolio of low-carbon and renewable energy initiatives. These include the modernisation of transmission networks through the New York Transco and Millennium Pipeline joint ventures – the development in battery energy storage systems on Long Island – large-scale solar and onshore wind farms, as well as exploring US offshore wind and hydrogen as a future catch-all energy solution.

“Offshore wind has the potential to be the largest source of clean energy for Northeastern states like Massachusetts. And we’re making our first entrance into offshore wind with the Revolution Wind project,” says Will.

“Our partners Ørsted and Eversource are developing 704MW of offshore wind capacity for residents of Rhode Island and Connecticut. We’re working to connect this Revolution Wind project to the onshore transmission system, bringing additional clean energy to the region from offshore wind.” 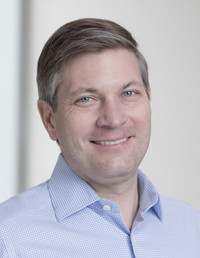 Unlike the UK, individual companies can buy in their own energy. Will says: “In the US we’re seeing increasing numbers of corporations buying renewable energy. Google, for example, has procured enough renewable energy to cover their annual energy needs, while Amazon has become a key customer in the onshore renewables market.”

Will predicts the Biden administration will allocate considerable funding to hydrogen technology research and trials.

“Hydrogen has such a mystique around it – you can run a car off it, power your home and your business, even potentially use it to fuel planes. When something can do so many different things, you can get analysis paralysis and the challenge becomes focusing on a handful of solutions with the highest value.

Hydrogen has such a mystique around it – you can run a car off it, power your home and your business, even potentially use it to fuel planes.

“We expect mobility to be the first priority, particularly trains converted to hydrogen within the next decade. Industrial applications using hydrogen – such as in cement and steel production – will probably come second, followed by power generation and hydrogen heating.

“Blending hydrogen into existing natural gas systems will be trialed in the UK from next year with our FutureGrid programme, so I’d expect the US to tap into the same technology within 10 years.”

Right now, Will is the proud owner of an electric Audi. “I’d never go back to an old combustion engine,” says the father-of-two. “I guarantee, once people try electric cars they’re never going to go back, whether they care about climate change or not.

“The ride quality is phenomenal – no vibrations, smooth and quiet. Range anxiety hasn’t been an issue at all, I simply charge overnight and start each day ready to go. Whether you care about climate or not, there’s just a better way to do things.”

Will thinks the clean energy debate will be won not on sustainability and climate change arguments, but by hard economics and convenience.

It’s the economics that will convince everyone…

“The winning argument is when something is affordable,” he says. “Clean energy is cheaper. Solar energy is the cheapest energy you can buy right now – that’s a fact and yet people are surprised when I tell them.

“There’s such a ton of misinformation out there and historically climate change has become so politicized between Republicans and Democrats. But it’s the economics that will convince everyone and that’s critical to solving climate change.”