Hydrogen is a clean alternative to methane, also known as natural gas. It's the most abundant chemical element, estimated to contribute 75% of the mass of the universe.

Here on earth, vast numbers of hydrogen atoms are contained in water, plants, animals and, of course, humans. But while it’s present in nearly all molecules in living things, it’s very scarce as a gas – less than one part per million by volume.

Hydrogen can be produced from a variety of resources, such as natural gas, nuclear power, biogas and renewable power like solar and wind. The challenge is harnessing hydrogen as a gas on a large scale to fuel our homes and businesses.

Why is hydrogen important as a future clean energy source?

A fuel is a chemical that can be ‘burnt’ to provide useful energy. Burning normally means that chemical bonds between the elements in the fuel are broken and the elements chemically combine with oxygen (often from the air).

For many years, we’ve used natural gas to heat our homes and businesses, and for power stations to generate electricity. In the UK, 85% of homes and 40% of the country’s electricity currently relies on gas; in the US, 47% of households rely on natural gas and 36% on electricity1.

Methane is the main constituent of 'natural gas' from oil and gas fields. We’ve continued to use natural gas because it’s a readily available resource, it’s cost effective and it’s a cleaner alternative to coal – the dirtiest fossil fuel that we historically relied on for heating and to generate electricity.

When natural gas is burnt, it provides heat energy. But a waste product alongside water is carbon dioxide, which when released into the atmosphere contributes to climate change. Burning hydrogen does not release carbon dioxide.

What is the difference between blue hydrogen and green hydrogen?

Blue hydrogen is produced from non-renewable energy sources, by using one of two primary methods. Steam methane reformation is the most common method for producing bulk hydrogen and accounts for most of the world’s production. This method uses a reformer, which reacts steam at a high temperature and pressure with methane and a nickel catalyst to form hydrogen and carbon monoxide.

Alternatively, autothermal reforming uses oxygen and carbon dioxide or steam to react with methane to form hydrogen. The downside of these two methods is that they produce carbon as a by-product, so carbon capture and storage (CCS) is essential to trap and store this carbon.

Green hydrogen is produced by using electricity to power an electrolyser that splits the hydrogen from water molecules. This process produces pure hydrogen, with no harmful by-products. An added benefit is that, because this method uses electricity, it also offers the potential to divert any excess electricity – which is hard to store (like surplus wind power) – to electrolysis, using it to create hydrogen gas that can be stored for future energy needs.

Find out more about the hydrogen colour spectrum 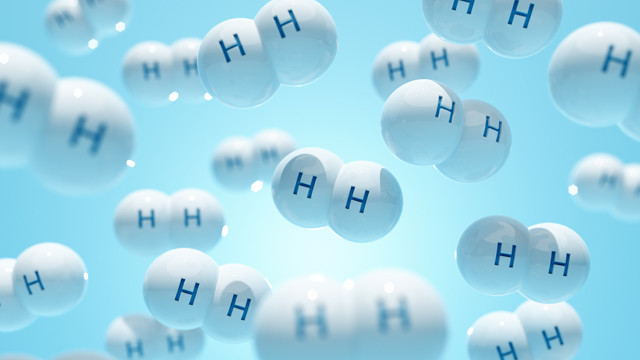 Is hydrogen already being used as a fuel?

Yes. There are already cars that run on hydrogen fuel cells. In Japan there are 96 public hydrogen refuelling stations, allowing you to fill up just as you would with petrol or diesel and in the same time frame as a traditional fuel car. Germany has 80 of these hydrogen stations and the United States is third with 42 stations.

Hydrogen is also an exciting lightweight fuel option for road, air and shipping transportation. The international delivery company DHL already has a fleet of 100 ‘H2 panel vans’, capable of travelling 500kms without refuelling.

What are the potential brakes to speeding up hydrogen use as a clean energy?

For hydrogen to be a viable alternative to methane, it has to be produced at scale, economically and the current infrastructure needs to be adapted.

The good news is that hydrogen can be transported through gas pipelines, minimising disruption and reducing the amount of expensive infrastructure needed to build a new hydrogen transmission network. There would also be no need for a culture change in our home lives, as people are used to using natural gas for cooking and heating, and hydrogen energy equivalents are emerging.

What is National Grid doing to advance hydrogen as an alternative green fuel?

We’ve committed to achieving net zero by 2050, which means we need to start preparing to change our gas usage over the coming years. One of the ways we propose to do this is through hydrogen.

In the UK, the current National Transmission System (NTS) transports natural gas across the country and people, businesses and industry rely on our network.

The NTS is a unique and complex network that uses steel pipes to transport natural gas at high pressures. We need to fully understand the impact that high-pressure hydrogen exposure could have on the pipes, before the network can be converted. Extensive testing and detailed trials are needed to establish what modifications we may need to make to safely transport hydrogen.

Under the banner of HyNTS – Hydrogen in the NTS – we’ve already run several projects looking into the physical capabilities of the NTS transporting hydrogen. These projects have not just looked at the impact hydrogen could have on our pipework, but also on all associated equipment such as compressors and valves, as well as the ways that a hydrogen network may need to operate differently in future.

In the US, one of the first and largest clean hydrogen projects – The HyGrid Project, located on Long Island – was launched in 2021. By blending green hydrogen into the existing distribution system, it will help to decarbonise the existing gas networks and is expected to heat approximately 800 homes. 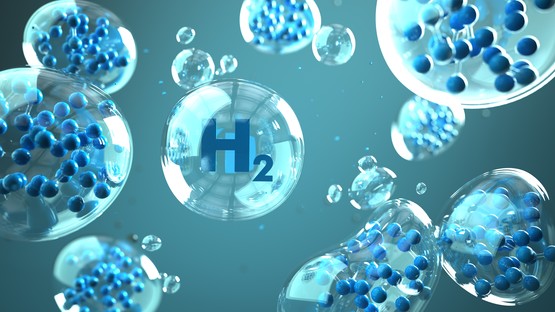 The future of hydrogen

Hydrogen can be used to power vehicles, generate electricity, power industry and heat our homes and businesses. It could make a huge difference on our carbon emissions, and will be critical to achieving net zero.

Watch our video to find out more 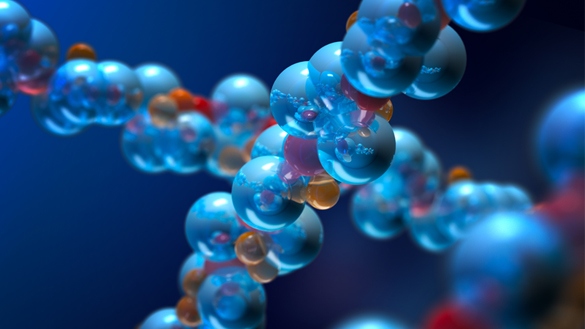 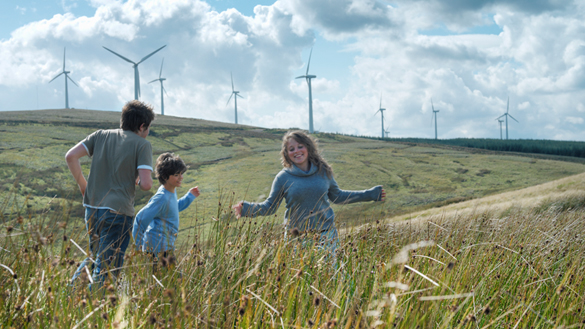