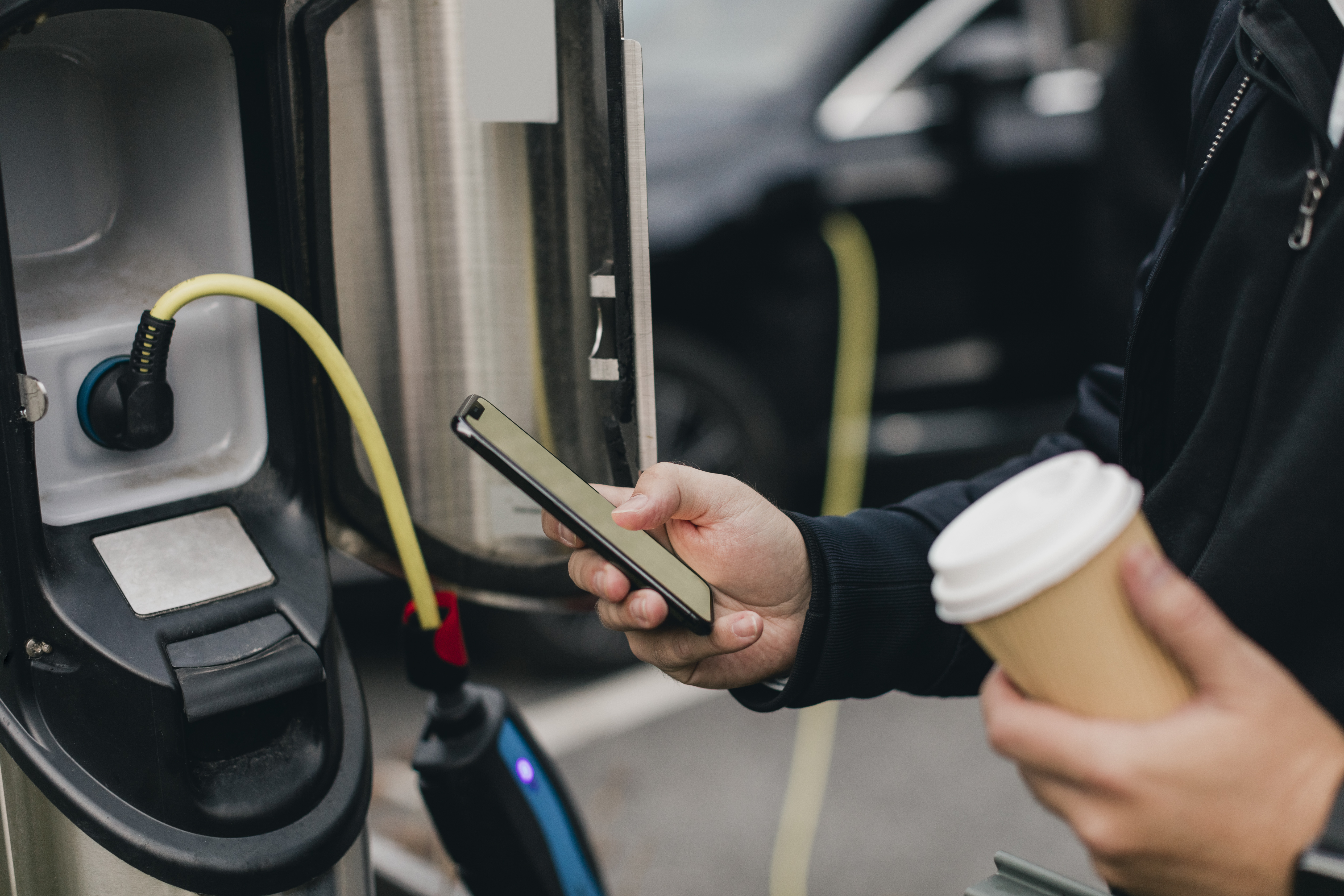 Can the grid cope with the extra demand from electric cars?

The transition to electric vehicles is speeding up and here we explain how the grid is ready to cope.

As the journey towards mass adoption of electric vehicles (EVs) speeds up, it’s vital that there’s enough clean energy to power this transport revolution. Our Head of Future Markets, Graeme Cooper, has long championed the adoption of EVs and is confident the grid can support the extra demand for electricity this transition will create.

"There is definitely enough energy and the grid can cope easily,” he explains. “The growth in renewable energy means this is not static and smart metering will make this more efficient. For example, the growth in wind power from the extra offshore wind farms being developed will adequately meet the future demand for electrifying transport – an extra 100 terrawatt hours (TWh) from our current 300 TWh consumed.

There is definitely enough energy and the grid can cope easily.

"Preparations have been underway for a while, as we’ve been discussing how best we can work towards the green transport changeover with government, electricity distribution companies – who transport the energy from the grid to homes and businesses – service station operators and charge point providers for over two years."

Things have begun to move forwards since Chancellor Rishi Sunak announced green transport funding of £1.3 billion ($1.55bn), an increase from £500 million ($600m), in the March 2020 Budget in the UK. And Prime Minister Boris Johnson’s announcement of a 10-point green plan included an ending of the sale of new petrol and diesel cars by 2030, speeding up the changeover to electric cars by 10 years.

Decarbonising cars is an important element of creating a greener future and reaching net zero. Transporting people and goods is responsible for around 28% of UK carbon emissions, equating to 126 million tonnes of carbon dioxide (CO2). Similarly, in the US transportation is responsible for about 27% of greenhouse emissions.2

People are already beginning to embrace this shift and sales of EVs tripled in October 2020 versus the same month in 2019. They’re now sold in similar numbers to diesel cars – around one in seven of all new cars sold. Without the impact of COVID lockdown, EV sales would have been expected to rise even further.

The 2030 ban does mean the transition to electric cars will be faster than anticipated, but ‘range anxiety’ and concern over access to chargers remain barriers for many.

“We realised high power, en-route charging would be critical to the success of electric vehicle take-up,” Graeme explains.

"Even though typical driving patterns don’t require us to drive very far – the principal car in a family averages 36 miles a day and if you have a second car, then that only does 11 miles a day – people still worry about how EVs will cope with the more exceptional, long journeys.

"For people to make that switch to an electric car, they need the confidence that charging won’t be a hindrance for those ‘out of pattern’ journeys – the family emergency or the holiday.

"But you don’t need a 500-mile range battery car because nobody drives 500 miles non-stop,” he says. “The limiting factor is biological – it’s how long you need between comfort breaks or ‘bladder range’.

“If your ‘bladder range’ is three hours driving – about 200 miles – what you want is to stop and charge your car quickly in the time it takes to walk across the forecourt to the services, have a comfort break, buy a sandwich and a cup of coffee and get back to your car – and drive the next 200 miles.

“We’re not picky what technology eventually wins, but what is needed are grid connections nicely spaced that are the most efficient and most economic,” says Graeme.

And the grid already has the advantage of being part of infrastructure corridors across the country – pylons tend to be right next to the road and train networks.

While the grid will play a key role in providing energy infrastructure for motorway journeys, you’ll see charging points everywhere in the near future – outside the cinema, your regular supermarket, your workplace, the train station, and, of course, your home.

There’s also a hidden benefit to the growth in mainstream EVs – they’ll help us think more about how we use energy: “Smart chargers that encourage consumers to charge outside of peak times will play a key role here, enabling drivers to access the cheapest and cleanest energy at the most convenient place,” says Graeme.

Find out more about the future of transport