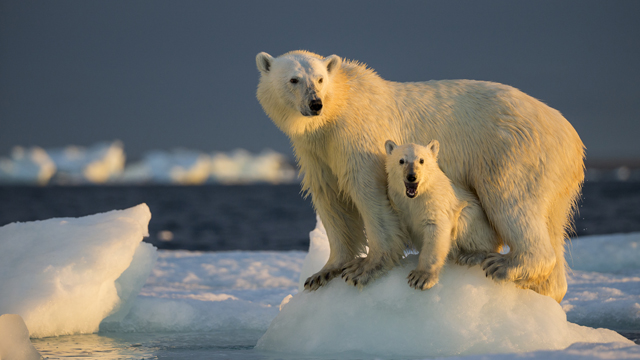 Myth 1: 'The climate has always been changing, this is no different'

It’s true that throughout earth’s 4.5-billion-year history, the climate has changed a lot. What is different is the dramatic and unprecedented scale of climate change. The rate of temperature rise is at least 10 times faster than that of the last mass extinction about 56 million years ago, when 95% of marine and 70% of land species were wiped out.

NASA has compiled a scientifically evaluated and compelling list of evidence for rapid climate change. This includes:

The scientific evidence that climate change is a real, present threat is undeniable.

Myth 2: 'It’s freezing outside – so much for global warming!'

Weather and climate are not the same. A cold spell in winter is definitely not a valid reason to dismiss global warming.

Climate is the average pattern of weather for a particular region and time period, using scientific data collected over decades. The terms global warming and climate change refer to a broad temperature shift across the entire earth's surface over the course of years and decades. 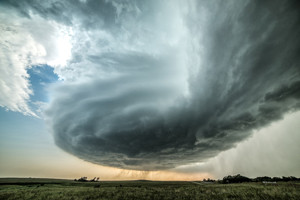 But weather can change minute-to-minute, hour-to-hour, day-to-day and season-to-season in a specific location. That’s why we all love to talk about the weather – it’s always changing. A good analogy is that weather is your current mood and climate is your overall personality.

In the Northeast US, extreme winter storms have also been on the rise. Between the winters of 2008/09 and 2017/18 there were 27 major winter storms, which is three to four times the totals for each of the previous five decades.1

Plants do need carbon dioxide (CO2), that’s true. But there’s a limit to the amount they can absorb and, with deforestation increasing, this limit is getting lower. It’s not the nature of CO2 that causes problems, it’s the quantity the world is pumping out into the atmosphere.

It’s widely recognised by scientists and governments that climate change is being triggered by higher levels of greenhouse gases in the atmosphere. Their name derives from the 'greenhouse effect' these gases create by trapping heat from the sun and so warming the earth’s surface and the air above it.

CO2 is the most abundant of the greenhouse gases, and the biggest contributor to global warming, which is why cutting carbon emissions, carbon footprints or seeking low-carbon alternatives are ways we can all address climate change and achieve net zero carbon emissions by 2050.

Myth 4: 'There’s no way humans are responsible for climate change'

Climate change is happening to an extent that cannot be explained by natural factors alone.

Global temperatures have been rising for over a century since industrialisation began. They’ve accelerated in the past 30 years and are now the highest since records began. The worldwide scientific community agrees that the global warming we are experiencing is man-made.

Myth 5: 'It’s solar changes that are causing the earth to warm, not us'

The sun powers life on earth, keeping the planet warm enough for us all to survive. The sun also influences earth’s climate; subtle changes in earth’s orbit around the sun were responsible for past ice ages. 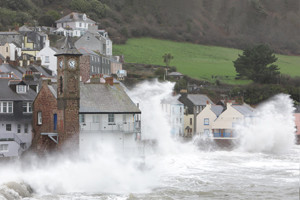 But the global warming we’ve seen over the last few decades is too rapid and dramatic to be linked to changes in earth’s orbit, and too large to be caused by solar activity. For more than 40 years, satellites have observed the sun's energy output, which has gone up or down by less than 0.1 percent during that period, while global warming has increased.

The United Nations’ Intergovernmental Panel on Climate Change (IPCC) concluded that warming from increased levels of human-produced greenhouse gases is actually many times stronger than any climate change effects due to the sun.

NASA’s conclusion is even more dramatic; since 1750, the warming driven by greenhouse gases from our burning of fossil fuels is over 50 times greater than the slight extra warming coming from the sun itself over that same time interval.

Myth 6: 'There’s no point doing anything – it’s all too late'

This is a critical time to take action on climate change. And it can be done.

The latest reports from the Intergovernmental Panel on Climate Change (IPCC) have made it clear that we’re running out of time, but there is still a limited window of opportunity to implement policies and take action this decade to ensure we avoid the worst effects of climate change. It’s still possible for the world to reach net zero and to limit warming to 1.5°C, but much more action is needed this decade, from governments, businesses and others, to make that happen.

We already have the technology and systems to achieve net zero carbon emissions by 2050. We can halt climate change and create a sustainable future for humans and nature. Energy companies, industry, vehicle manufacturers and governments have an essential part to play and this is a priority for us as a company. We’re committed to leading the clean air transition.

But individually, we can also each make greener daily decisions and take actions that collectively will affect the planet for good – from the way we travel to what we buy and eat.