Solar power works by converting energy from the sun into power. There are two forms of energy generated from the sun for our use – electricity and heat.

Both are generated through the use of solar panels, which range in size from residential rooftops to ‘solar farms’ stretching over acres of rural land.

Yes, solar power is a renewable and infinite energy source which creates no harmful greenhouse gas emissions – as long as the sun continues to shine, energy will be released.

The carbon footprint of solar panels is already quite small, as they last for 25 years plus with no loss in efficiency. And the materials used in the panels are increasingly recycled, so the carbon footprint will continue to shrink.

When was solar power discovered?

Solar energy was used by humans as early as the 7th century B.C., when humans used sunlight to light fires by reflecting the sun’s rays onto shiny objects. Later, in 3rd century B.C., the Greeks and Romans harnessed solar power with mirrors to light torches for religious ceremonies.

In 1839 and at the age of just 19, French physicist Edmond Becquerel discovered the photovoltaic (PV) effect while experimenting with a cell made of metal electrodes in a conducting solution. He noted that the cell produced more electricity when it was exposed to light – it was a photovoltaic cell.

In 1954 PV technology was born when Daryl Chapin, Calvin Fuller and Gerald Pearson developed the silicon PV cell at Bell Labs in 1954 – the first solar cell capable of absorbing and converting enough of the sun's energy into power to run everyday electrical equipment.

How exactly is electricity from solar energy produced?

Solar panels are usually made from silicon installed in a metal panel frame with a glass casing. When photons, or particles of light, hit the thin layer of silicon on the top of a solar panel, they knock electrons off the silicon atoms.

This PV charge creates an electric current (specifically, direct current or DC), which is captured by the wiring in solar panels. This DC electricity is then converted to alternating current (AC) by an inverter. AC is the type of electrical current used when you plug appliances into normal wall sockets. 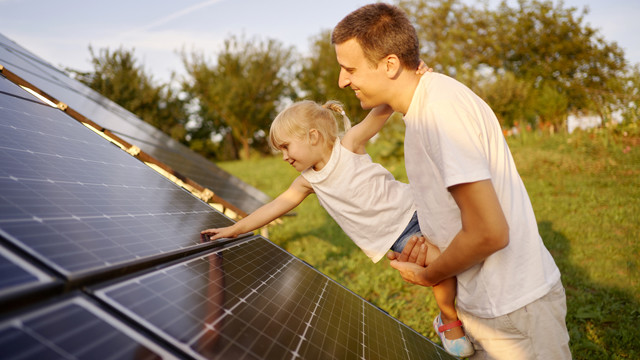 Solar PV panels generate electricity, as described above, while solar thermal panels generate heat. While the energy source is the same – the sun – the technology in each system is different.

Solar PV is based on the photovoltaic effect, by which a photon (the basic unit of light) impacts a semi-conductor surface like silicon and generates the release of an electron. Solar thermal is less sophisticated and simply the direct heating of water (or other fluids) by sunlight. For domestic use, solar thermal panels are also installed on a roof facing the sun, heating water stored in a hot water cylinder and so providing hot water and heating. On a larger scale, solar thermal can also be used in power stations.

What are solar farms?

Solar farms, also known as solar parks or solar fields, are large areas of land containing interconnected solar panels positioned together over many acres, to harvest large amounts of solar energy at the same time. Solar farms are designed for large-scale solar energy generation that feed directly into the grid, as opposed to individual solar panels that usually power a single home or building.

Can solar power be generated on a cloudy day?

Yes, it can – solar power only requires some level of daylight in order to harness the sun’s energy. That said, the rate at which solar panels generate electricity does vary depending on the amount of direct sunlight and the quality, size, number and location of panels in use.

Who are the largest producers of solar power worldwide?

China is the largest producer of solar powered electricity generation in the world, producing 261,659 GWh in 2020. The US comes in second, producing 119,329 GWh in the same year, followed by Japan, India and Germany.

What are we doing to bring more solar power onto the grid in the UK?

National Grid ESO is preparing Britain’s electricity system to be able to run on purely zero-carbon electricity by 2025 – ready to accommodate whatever quantity of renewable electricity, including solar power, is being generated.

In order to bring ever increasing amounts of renewable energy onto the grid, and keep costs down for customers, they’re working to overcome two intertwined challenges: ensuring that demand for power is balanced by electricity generated and updating the foundations of the electricity system. Electricity has historically relied on fossil fuels, so they’re designing new approaches and incorporating new technologies.

In a recent successful test, as part of the Power Potential project, the inverters at a solar plant were upgraded so that, on top of providing power during the sunshine of the day, the plant could also provide a use at night time, smoothing fluctuations in voltage and keep the grid stable.

Solar power also plays a role in providing frequency response, one of the balancing tools that the ESO uses to keep the electricity system in balance.

A recent trial saw a contract made up entirely of domestic users, allowing them to get paid to export their excess energy to the grid and help to balance supply and demand with cleaner, decentralised power at the same time. 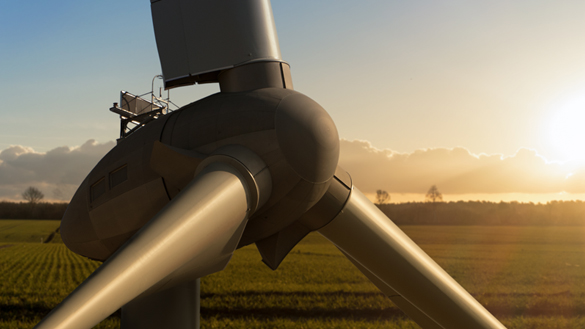 Everything about electricity pylons