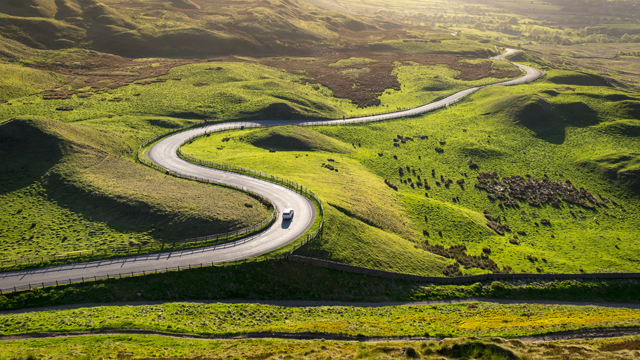 While electric vehicles are recognised as reducing carbon emissions – especially when powered by renewable energy – we still get lots of questions about the life of electric car batteries and whether they will end up in landfill, potentially knocking electric cars’ green credentials. Here we answer those concerns.

The transition to EVs has been accelerated on both sides of the Atlantic, with a ban on the sale of new petrol and diesel cars in the UK by 20301, and a goal set for half of all new vehicle sales in the US to be electric by 20302.

'Range anxiety' has been recognised as a concern for potential EV drivers, with £950m ($1.16bn) of UK government funding now earmarked for rapid charging at service stations and £1.3bn ($1.59bn) for EV charging infrastructure, including homes and streets.

Similarly, the US has declared that there will be 500,000 EV charging stations nationwide by 2030. The White House has introduced a plan to distribute $5 billion (£4,091,000,000) to states across the nation3, which should help to eliminate range anxiety amongst drivers.

That leaves one remaining issue for would-be electric car buyers – what happens to electric car batteries at the end of their working life?

How do electric car batteries work?

EV batteries are much closer to the ones in your mobile phone or laptop, yet more reliable and with a vastly increased life span. EV batteries use a pack consisting of 2,000 plus, individual lithium-ion cells working together. There’s no lithium metal in the batteries, only ions – atoms or molecules with an electric charge.

When the car's recharging, electricity is used to make chemical changes inside its batteries. When it's being driven, the batteries are used to discharge power.

Our Head of Future Markets, Graeme Cooper, explains: “The EV’s battery management system – or BMS – allows the cells to be gently topped up. The BMS preserves battery efficiency and life, which is how batteries live so much longer than your phone or laptop’s (which don’t have a BMS).”

The hundreds of gently topped-up cells inside an EV battery mean that each battery pack is expected to retain its charging-discharging capacity from 100,000 to 200,000 miles. Manufacturers are so confident of the battery’s road use that most electric cars come with an extended warranty of eight years, or 100,000 miles.

The battery will outlive the car...

“The battery will outlive the car,” says Graeme Cooper confidently. “Today, most EV batteries have a life expectancy of 15 to 20 years within the car – and a second life beyond.”

It’s also worth noting that EV battery technology is still evolving, so as tech develops we expect batteries’ lifespan to increase – as well as becoming cheaper, smaller and even lighter.

What happens to EV batteries when they no longer power cars reliably and quickly?

Once an EV battery starts to lose its capacity to power a vehicle over distance, it still has useable life in it. When an electric car battery’s performance drops to 70% or less, its ‘second life’ revs into action.

“An EV battery has a second life after 100,000 to 200,000+ miles on the road,” explains Graeme. “There’s still residual life in the viable battery, so it can be hung in your garage or in the cupboard under the stairs as a static battery energy storage system, if you have a renewable energy source like solar panels.”

This EV battery second stage usefulness, when paired with renewable energy, means people can save on bills and increase their use of clean energy.

A green cycle for EV batteries?

Aside from energy storage in your home or workplace, on a larger scale former EV batteries can be used to power manufacturing plants and streets. In a virtuous energy cycle, eventually the factories that produce the batteries could be powered using the repurposed batteries.

Nissan is using retired EV batteries to provide back-up power to the Amsterdam Arena – the entertainment centre and home to Ajax Football Club.

Toyota will be installing ex-EV batteries outside convenience stores in Japan. The batteries will be used to store power generated from solar panels. The energy stored will then be used to support the power of drink fridges, food warmers and fresh food counters inside stores.

Renault has also announced that the EV batteries from the Renault Zoe EV will be repurposed to generate power to the Powervault – a home energy battery storage system. And Nissan has launched XStorage, using Nissan Leaf car batteries as storage systems for homes and businesses.

Will EV batteries be recycled at the end of their working life?

Yes, when EV batteries reach the end of their working life, they will be recycled. In the US, when the typical 8- to 10-year battery warranty has expired, most EV providers can reuse the batteries for a second or third time. As electric cars take pole position on our roads – reducing greenhouse gas emissions and noise pollution compared to cars powered by fossil fuels – the race is on to find ever better recycling methods to unlock their full green potential.

It makes neither economic nor environmental sense for EV batteries to be dumped in landfill – it just won’t happen.

“The active battery recycling market is in its infancy, as car batteries are so reliable and long-lived,” explains Graeme. “But we can expect to see huge growth in recycling technologies. It makes neither economic nor environmental sense for EV batteries to be dumped in landfill – it just won’t happen.”

The current methods of smelting and leaching will be finessed in coming years, as will the battery designs to optimise the separation and recycling process of end-of-life batteries. In the UK, the Office for Zero Emission Vehicles (OZEV) has launched a £7million ($8.5m) competition for on-vehicle solutions that address challenges associated with the transition to zero emission vehicles, including improving sustainability.

The former Chief Technical Officer of Tesla, J. B. Straubel, has launched Redwood Materials, one of a crowd of new start-ups racing to solve a problem that doesn’t exist yet; how to recycle electric car batteries that will be past their prime.

Straubel told Wired: “With all these batteries in circulation, it just seems super obvious that eventually we're going to build a remanufacturing ecosystem.”

Find out more about the future of transport

1GOV.UK: Outcome and response to ending the sale of new petrol, diesel and hybrid cars and vans