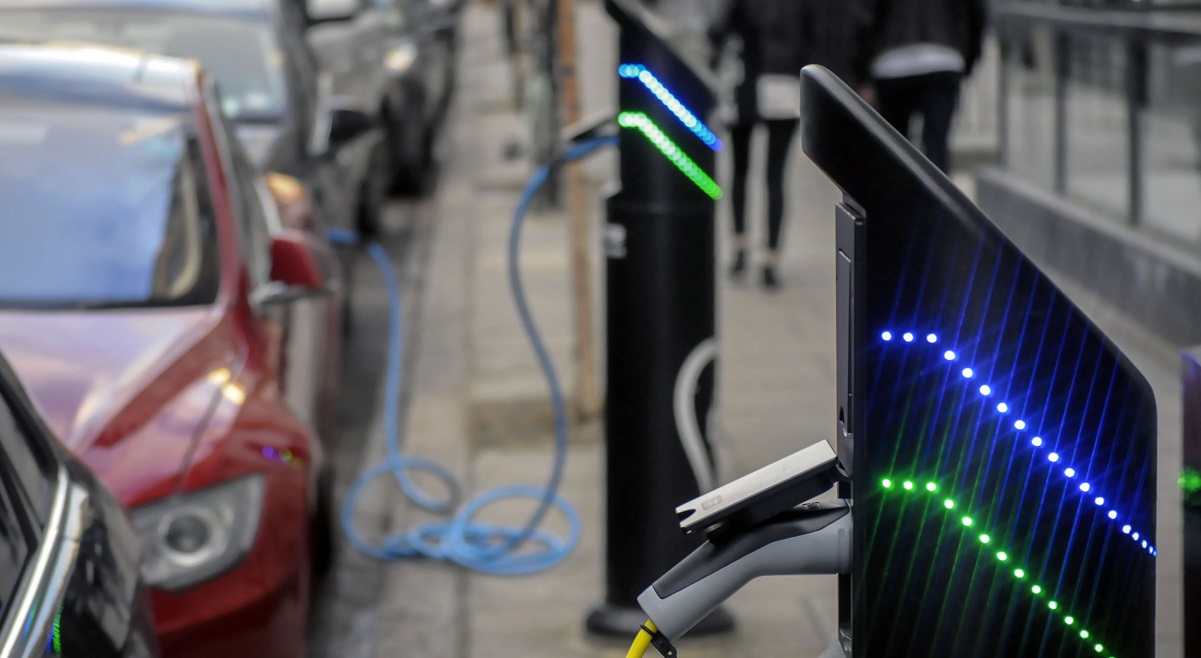 Can EVs put Britain on the fast track to cut the carbon?

The UK’s roads are changing, with EVs in pole position to overtake polluting petrol and diesel cars and vans. Here Graeme Cooper, Project Director Electric Vehicles, National Grid, explains what it will take to see EVs top the podium.

The days when burning coal to generate energy was the worst offender for greenhouse gas emissions are over. In 2019, for the first time since the Industrial Revolution, more of Britain’s electricity will come from zero carbon energy sources than fossil fuels. This shift to renewables like solar, hydro and wind means that energy generation has been overtaken by transport when it comes to carbon emissions. This is perhaps no surprise, as the number of miles we travel every year has increased by almost a third; from 255 billion in 1990 to 328 billion in 2018.

The negative impact of this on both individual lives and the economy is huge, as air pollution currently leads to over 40,000 premature deaths and six million sick days every year in the UK, costing the NHS over £6bn and the UK economy £22bn. One way to help counter this is to speed up the shift to cleaner electric vehicles (EVs).

The fast lane to net zero

Britain is already leading the way with its pledge to reach net zero by 2050, but to achieve this we need to shift up a gear in the adoption of EVs. Steps are being taken to encourage faster uptake, with a ban on sales of new petrol and diesel cars by 2040. London has introduced an Ultra Low Emission Zone and Bristol is set to follow suit, announcing plans to ban petrol and diesel cars from the city centre.

While numbers of ULEVs (Ultra Low Emission Vehicles) are rising, accounting for 1.9% of all new registrations in the first quarter of 2019, they still only make up around 0.5% of vehicles on the road. This falls far short of the government’s target for at least 50% of cars and 40% of new vans to be ULEVs by 2030.

Some challenge whether this pace of change is realistic, but we’ve seen it before. Back in the US in the early 20th century the transition from horses to cars took just over 20 years from the introduction of the Model T ford in 1916 to around 1939 when horses were all but eliminated from city roads. It’s easy to draw parallels with that revolution in transport as the first cars were expensive and limited to early adopters, but the benefits swiftly beat down these barriers and the era of mass motoring was born.

Now it is time for the same innovation to see the next great shift in road transportation, moving us from petrol and diesel to cleaner EVs. To enable this transition, we need to update infrastructure in much the same way as was necessary in the shift from horse to automobile.

A key barrier to purchasing an EV is ‘range anxiety’. While most charging will happen at home and at work, drivers need to have confidence that they’re not limited by the range of their battery and that opting for an EV won’t disrupt their daily routine. To instil this confidence, we need a network of fast charging stations that are within easy reach on all journeys.

National Grid is proposing a solution that would deliver an upgraded and future-proofed electricity grid connection at motorway service sites to ensure they can deliver fast EV charge points today, while also ensuring they are ready for the future demand. As part of this work, 54 motorway service stations have been located where, once equipped with fast EV chargers, 99.6% of drivers in England and Wales will always be within a 50-mile drive of an ultra-rapid charging hub. Adoption of this proposal would be a big step towards the mass adoption of EVs required to reduce emissions and air pollution.

The goal is to provide every community across the UK with cleaner air, so that everyone benefits from the transition to net zero. This can be achieved by delivering the right infrastructure that both enables the shift to EVs now and supports increased demand in the future. Putting this network in place will ensure that it can serve everyone, regardless of where they are, avoiding the risk of better air quality becoming a post code lottery.

Another factor that could drive the faster uptake of EVs is company car schemes. When new Benefit in Kind (BiK) tax rates were announced to incentivise drivers to choose EVs, there was a surge in orders. Lex Autolease, the UK’s largest leasing company cited a boost of 123% for pure electric cars.

Company cars make up 51% of all car purchases, so growth in this sector will help to bring more EVs onto the road. The turnover of company cars is also faster, as they tend to change hands every three to four years, so this will help to bring cheaper, second-hand models to the wider market more quickly.

The conditions are ripe for an EV revolution as decisive as the switch from horse to automobile back in the early 20th century. It just takes the innovation and will to put the charging infrastructure in place and the price of the vehicles to fall for petrol and diesel to become as much a thing of the past as the horse drawn buggy.