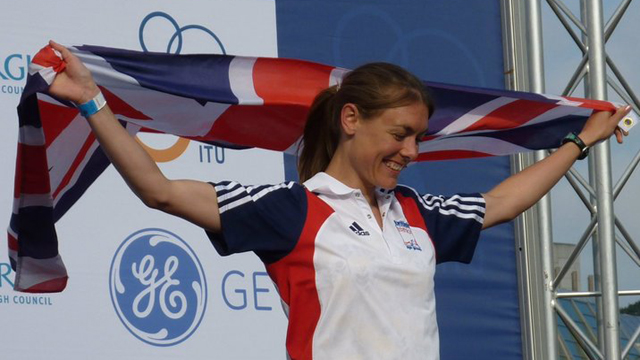 An affinity for nature inspired Danielle Stewart to opt for a green collar job. The first in her family to go to university, she has come a long way to become Long Term Strategy Manager, responsible for plotting the path to net zero for gas transmission. But as a World Champion Duathlete, she’s not one to back down from a challenge.

I grew up on the Isle of Sheppey in Kent, surrounded by sea and marshland, so I was always in tune with nature. I spent most of my childhood riding around on my bike with a friend who was obsessed with plants – he’s an ecologist now. I think this inspired my lifelong interest in sustainability. But it was while studying for my Masters in Maths and Physics that I began to understand our impact on the environment and the need to reduce harmful emissions.

I spent 11 years in academia – which is quite surprising, as before I went I barely knew what a university was. I’m from one of the most deprived areas in Britain, where I didn’t know anyone who had been to university. Luckily, I had very supportive parents and teachers who encouraged me at school and eventually to apply to the University of Warwick.

Taking on a new challenge

I enjoyed studying so much that after my Masters I went on to get a PhD in Particle Physics and I’m currently completing an Executive MBA at Warwick Business School. After my PhD I stayed at Warwick as a researcher and then a tutor but, eventually, I decided I wanted a new challenge. At the time, I was working on a project looking at alternative technologies to traditional solar panels and that inspired me to look for a career that would allow me to use my science background to contribute to protecting the environment.

...there were male and female applicants from lots of different backgrounds and there were both men and women interviewing. It was this diversity that helped convince me to take the job.

I saw a job as a network analyst at the Gas Transmission control room and applied. What really made me want to work for National Grid was the assessment day. I’d been to one at another company, where I was the only woman in the room. At National Grid, there were male and female applicants from lots of different backgrounds and there were both men and women interviewing. It was this diversity that helped convince me to take the job.

I’ve been here just under a decade now – always working in Gas Transmission. I’ve done lots of different jobs, from using computer modelling to advise the control room to help them balance supply and demand, to managing a £3 billion capital investment programme and helping to shape our RIIO 2 business plans for Ofgem. For the last year, I’ve been working on our strategy to help gas reach net zero by 2050.

Exploring the potential of hydrogen

Currently, 85% of homes are heated by natural gas and 40% of electricity is generated using gas, but this gas produces harmful carbon emissions, which is why we are exploring alternatives such as hydrogen. Hydrogen is much cleaner, as it doesn’t give off carbon when it burns – it’s only by-product is water, so it has great potential when it comes to cleaner heating. And, while EVs are growing in popularity for domestic use, in the future hydrogen could be used to power freight and rail traffic.

I spend my time investigating how we could make the switch to hydrogen. This means getting a detailed understanding of how this will affect the existing gas infrastructure and how we need to invest and innovate to help make the transition to cleaner energy. Part of my job is working alongside policymakers and the government, to inform them about what we would need to do to transition to a hydrogen network.

It’s vital that any change we make is as cost effective as possible, to minimise any impact on the most vulnerable people. It also needs to cause as little disruption as possible. This is one of the reasons that we are looking into hydrogen – people are used to having gas in their homes for heating and cooking, so moving to a different, cleaner type of gas should be an easier transition.

What’s really exciting about working on our net zero strategy is that I can directly influence the direction we are taking to help cut emissions. 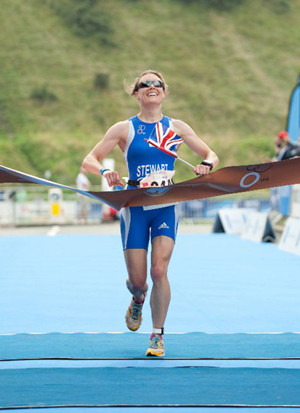 Reducing emissions is close to my heart outside of work too, as I train for and have competed in duathlons and triathlons, which means cycling, swimming and running outdoors all the time. I’m a three-time World Duathlon Champion for my age group and I’ve won a few European titles for triathlon and duathlon too. I’ve even won Coventry, Warwickshire and Solihull Sportswoman of the Year. My sport means that protecting the natural environment is important to me on a personal level.

To rise to the challenge posed by climate change, we need a diverse range of people at every stage of their career to take up green collar jobs. A part of my job that brings me real satisfaction is helping to unlock the potential of students who come from a similar background to my own. I have worked with a charity called Sevenoaks School Foundation and the Kent Academies Network, who work with young people to help them overcome barriers to pursuing higher education. They run workshops and events with university students and professionals to offer advice to these students, and I have attended them to explain my own career path.

I also mentor several people at work, as I think encouraging potential is critical at every stage of your career. Last year I put that principle into action and became a Chartered Engineer. This was a big achievement for me as I’d always felt like a bit of a fraud because, even though I’ve worked in it for years, I don’t have an engineering qualification. I’m living proof that you need people from different backgrounds and with different skills to help build a cleaner future.

I hope that when I look back on my career I’m able to say that I contributed to positive change towards a more sustainable future, not just locally but globally. It’s a big ambition, but my green collar job means that I have the chance to achieve it.