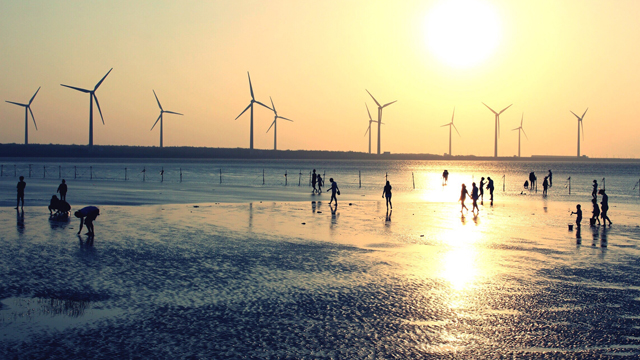 To avoid the worst effects of climate change, the world needs to halve its greenhouse gas emissions by 2030. Since becoming a Principal Partner of the UN climate change conference, COP26, we’ve been working harder than ever to deliver a clean, fair and affordable energy future, with no one left behind.

In the six months since COP26 took place, we’ve worked on a variety of projects, all aimed at bringing us closer to net zero. These are 10 of the most significant ones:

1. A new vision for fossil-free heat across the U.S.

40% of global emissions come from buildings and most of those emissions result from the way we heat our homes and businesses. That’s why we’ve announced a vision to fully eliminate fossil fuels from both gas and electric systems by 2050, with clear and measurable milestones along the way. This is anticipated to set a new climate standard for energy companies across America.

Find out more and see the report

IFA2, our second subsea interconnector between the UK and France, paid off its carbon costs in less than a year – saving more carbon in its first year than the total amount used to build it. In its first 12 months of operation, IFA2 – which enables the UK to import enough clean electricity to power 1 million UK homes – has saved 300,000 tonnes of carbon by importing zero carbon power from France.

Find out more about IFA2

The goal of this offshore wind project is to provide local clean energy to communities in the Northeast of the U.S. Our joint bid, in partnership with RWE renewables, secured an area of seabed with the potential to host 3 gigawatts (GW) of capacity – enough to power 1.1 million homes.

4. Winning an Environment and Energy Award

The Engineer magazine has recognised our use of Power Flow control technology with an Environment and Energy Award. By using new SmartValve technology at substations in the north of England, we’ve been able to re-route the flow of electricity at bottlenecks in the grid. This has has helped free up 1.5GW of capacity, allowing greater volumes of renewable electricity to flow and and saving £380m.

Find out more about the award and project

5. We’re on track for emissions reduction targets of 1.5°C

National Grid Electricity Transmission (NGET) has had its emissions reduction targets verified by the Science Based Targets initiative. A ‘science-based target’ is a target for reducing greenhouse gas emissions, based on the level of reduction that is required to prevent the most damaging effects of climate change.

This essentially means that NGET’s targets of reducing its own emissions, along with its methods of doing so, have been validated as being consistent with keeping global warming to 1.5°C above pre-industrial levels.

The greenhouse gas Sulphur Hexafluoride (SF6) has historically been used in the electricity industry to prevent short circuits and to keep the network safe and reliable. We’ve partnered with Hitachi Energy to develop a new solution to replace the SF6 used in our own equipment with a greener alternative, which will help to reduce our carbon emissions.

Read more about the project

This report marks the first major step in converting the UK’s gas networks to hydrogen. Over a 15-year timescale, it shows that the East Coast Hydrogen programme would see up to 29,000 businesses and over 4 million homes converted to hydrogen, helping to reduce the UK’s greenhouse gas emissions and potentially opening up exciting new ways of providing fuel for heat, power and transport.

Find out more about the East Coast Hydrogen programme

8. One of the first green hydrogen blending projects in the U.S.

In a joint project with the town of Hempstead, NY, we’re building one of the first and largest clean hydrogen projects in the U.S. The HyGrid Project, located on Long Island, will provide heat for approximately 800 homes by blending green hydrogen into the existing distribution system.

Read more about the HyGrid project

Well-preserved peat bogs are great at storing carbon, helping to tackle climate change by removing more of it from the earth’s atmosphere. Working with local authorities and restoration experts, we’ve taken action to preserve and rehabilitate a 15-hectare peat bog in South Wales, which stores the equivalent of 32,000 tonnes of CO2 – equal to the emissions of 22,000 petrol cars in a year.

Find out more about the project

John Pettigrew, Chief Executive of National Grid, said: “In 2022, the world needs to turn the commitments from COP26 into action to achieve faster progress and meaningful change. The sense of urgency from the summit must continue if countries are to stay on the right trajectory to tackle climate change effectively. But the focus must be not just on what needs to be done, but also on how to do it in a fair and equitable way so that nobody is left behind on the journey to net zero.”

Looking back on our achievements since COP26, reaching net zero seems closer within our sights, but there is still much more to be done.

Find out more about our journey to net zero