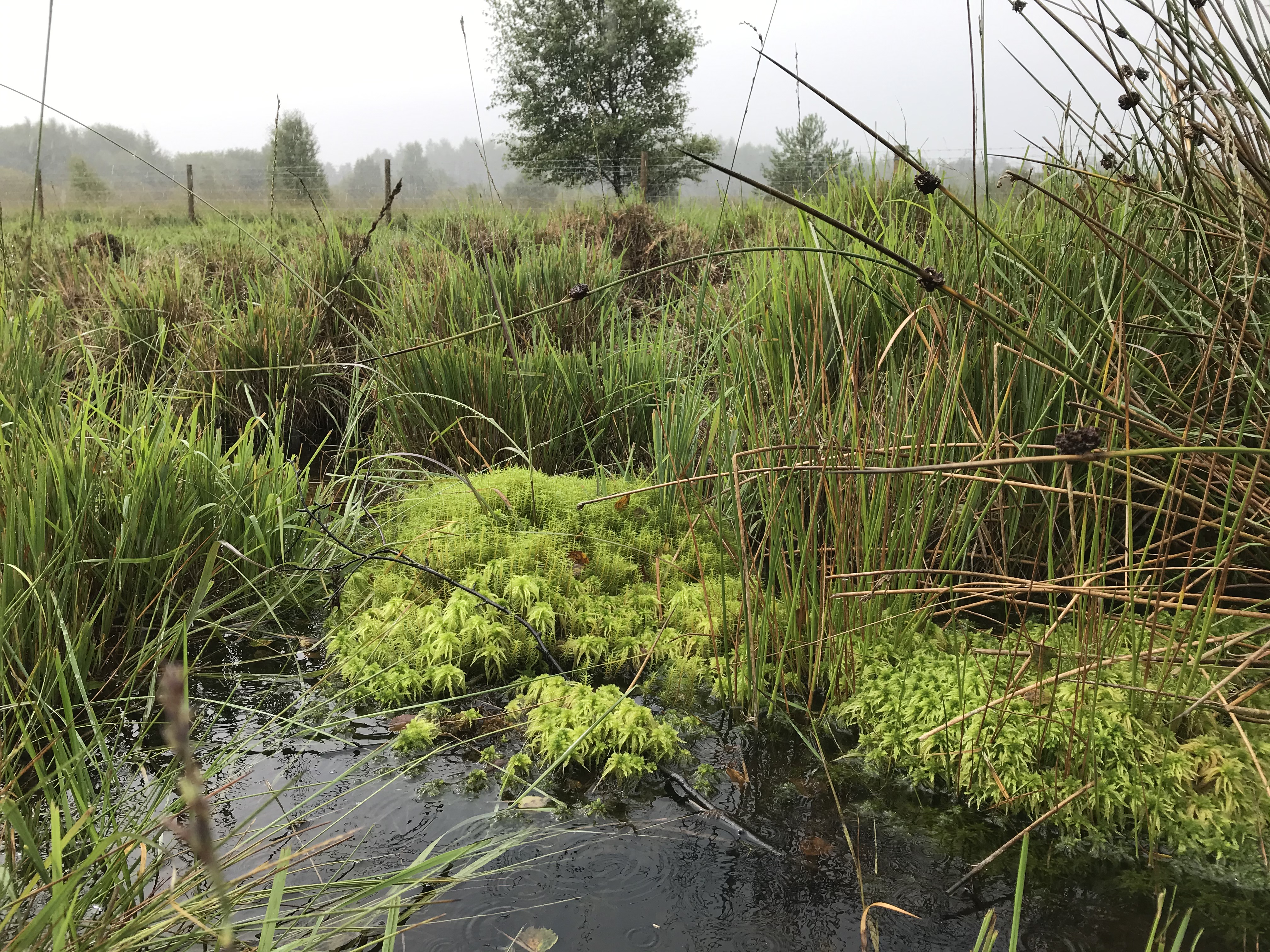 National Grid has taken action to preserve and rehabilitate an ancient peat bog located near to one if it’s sub-stations in South Wales. Working with local authorities and restoration experts, the 15-hectare peat bog stores the equivalent of 32,000 tonnes of carbon dioxide - equal to the average annual emissions of 22,000 petrol cars.

Whilst acquiring land to build a new substation for the connection of green energy production from the upland windfarms of the South Wales Valleys, National Grid Electricity Transmission (NGET), owner of the high-voltage electricity transmission network in England and Wales also inherited and invested £120K in the restoration of the ancient peat bog on the Hirwaun Industrial Estate Peat Bog. The peat bog sits in the valley bottom of the Cynon Valley in Rhondda Cynon Taf, close to the boundary of the Brecon Beacons National Park.

The once-forgotten 15-hectare peat bog, subject of historic landfilling, neglect and disregard, lies nine-metres-deep. Working with Rhondda Cynon Taf County Borough Council, expert hydrological and ecological advice, and the essential contribution and efforts of the conservation grazier, this rare lowland bog and its special species is now being beginning to recover as it is restored back to health. That recovery can also help in the fight against climate change because peat can ‘sequest’ or trap carbon and prevent it from being released to the atmosphere. 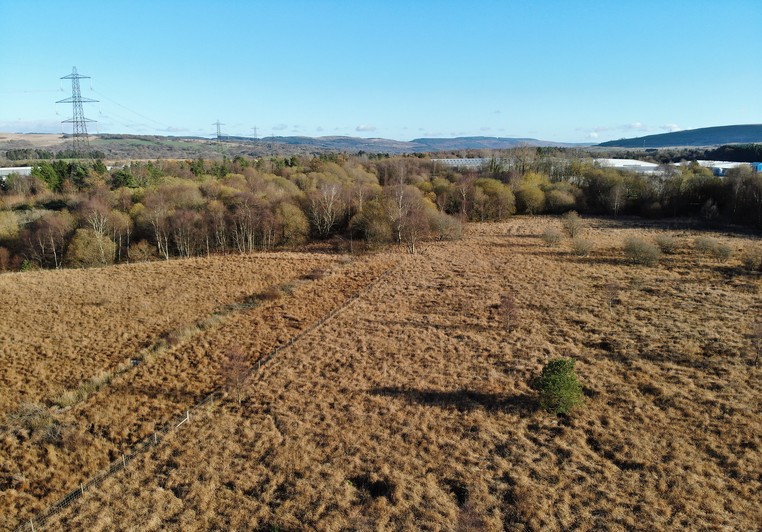 Bogs are wetlands dependent on very high-water levels and peat is the undecomposed remains of long dead sphagnum bog mosses, sedges and cotton-grass which forms in waterlogged oxygen-free conditions. Without oxygen, carbon-recycling bacteria cannot release the carbon in the dead plant material back into the air. Peat holds carbon that was taken up by the plants that lived hundreds or thousands of years ago. 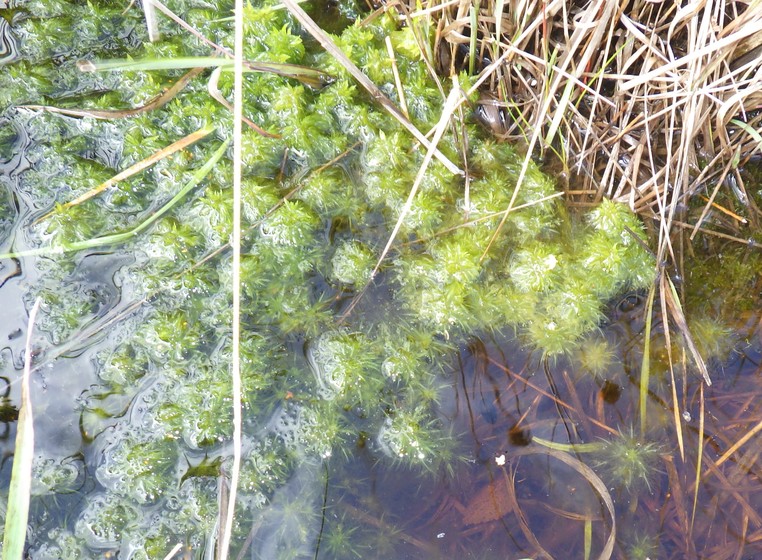 Therefore, a healthy functioning peat bog with ‘year-round’ high water levels can both hold 10,000 years of stored carbon and through new sphagnum growth can start to capture present day atmospheric carbon.  However, a degraded, drying bog can release carbon back into the atmosphere. The ability to re-wet peat bogs to hold their historic carbon store and start to regrow sphagnums is a solution in the fight against carbon-led climate change. 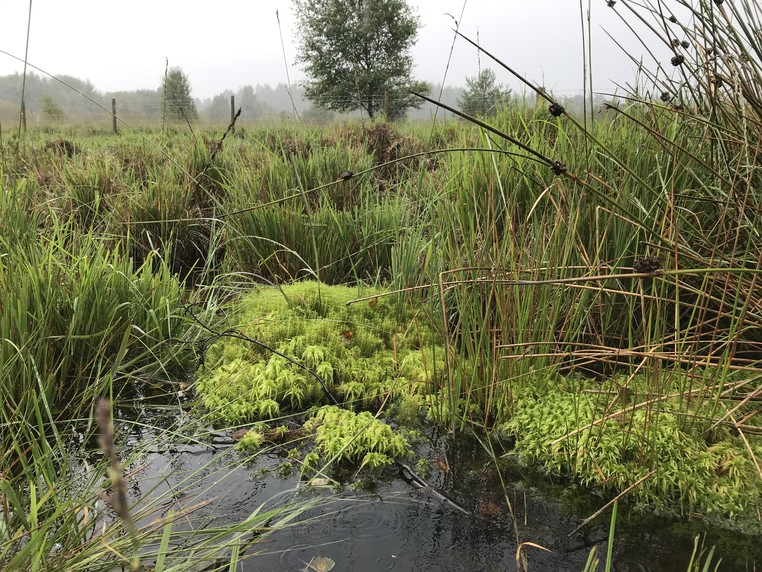 Dr Rob Low of Rigare Ltd was commissioned by National Grid to undertake the hydrological assessment of the bog. He said,

With up to nine meters of peat and based on the rule of thumb that one metre of peat equates to 1,000 years of growth, evidence suggested that the bog was initially formed shortly after the glaciers rolled away at the end of the last ice age. Indeed, the post glacial landscape of Hirwaun Industrial Estate was a drumlin field of rounded smooth hillocks interspersed with hollows of peat.

“Measurements have shown that the bog consists of 350,000 cubic metres of peat, which stores around 32,000 tonnes of carbon dioxide - equivalent to the average carbon dioxide emissions of 22,000 cars over a year of driving.

“In order to raise water levels, and therefore promote anaerobic conditions, the extensive shallow ditch system within the bog was blocked during December 2015.  The high-frequency, automatic water level monitoring which has been installed within the bog confirmed that the dams had a positive effect in raising water levels.

In addition to locking-away a large volume of carbon, the bog restoration has provided ecohydrological conditions for the expansion and improvement of rare bog vegetation.

It is important we address the challenge of restoring the natural environment and take positive action to limit climate change. With the support from our expert partners, National Grid is really pleased to have been able to preserve the Hirwaun Industrial Estate Peat Bog.

“This project has provided a unique opportunity to capture carbon and integrate biodiversity enhancement at the same time. It’s been an incredible journey for the whole team to watch the peat bog come to life once again.

To learn more about National Grid’s role in caring for the natural environment, click here.

National Grid is consulting on its plans to reinforce the electricity network between Bramford in Suffolk and Twinstead Tee in Essex. The public consultation will run until Monday 21 March 2022.

2022 will mark a significant milestone with the start on-site of a project to transform a nationally significant Snowdonia landscape that will ultimately remove the overhead electricity line and pylons from across the Dwyryd Estuary.