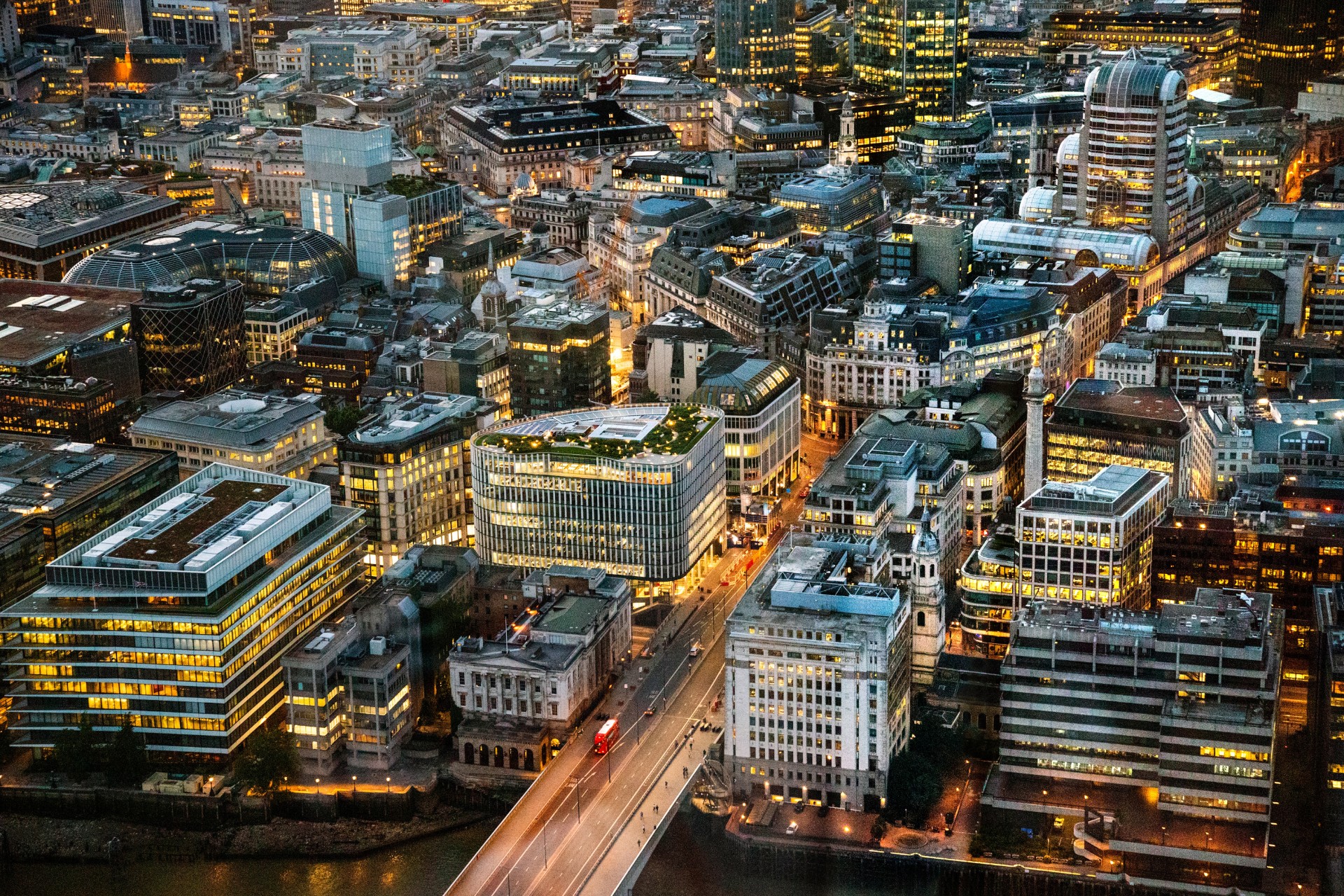 ESO: Sky’s COBRA series – a (solar) storm in a teacup or genuine possibility?

National Grid ESO’s resident space weather expert Andrew Richards explains the reality of the threats posed to the UK’s electricity system from solar storms, and what we do to minimise the risks.

Sky’s new fictional drama COBRA depicts a Great Britain descending into chaos (and darkness) as a massive solar flare causes a total nationwide blackout. It’ll no doubt be all thrills and spills in portraying what could happen if we’re hit by a solar storm – but what are the chances of all the lights going out, and how are we lowering the risk?

Solar flares and solar ejections – what are they and what impact do they have here on earth?

Let’s start with what a solar flare actually is. When we look at the sun, it appears to be constant and unchanging. In fact, it changes an awful lot and we experience these changes in a variety of ways on Earth, including the impressive flashes and bursts – solar flares – that are often reported in the media. We see these several times every month and they pose no threat to the electricity system. 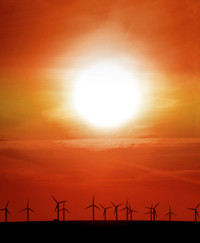 It’s not the solar flares we’re concerned about. Sometimes, with a very large flare, you get a coronal mass ejection (CME) – a big lump of solar energetic particles (100 million tonnes of it) is thrown out into space at a million miles an hour. If it’s thrown in exactly the right direction it can cross space and hit Earth.

This massive burst of solar energy carries part of the sun’s magnetic field with it, which means if the sun’s polarity – or location of its north and south poles – is the opposite of ours at the time, it’s attracted to Earth’s own magnetic field and gets sucked in, dumping energy around the planet.

Imagine hitting Earth’s magnetic field with a giant hammer and ringing it like a bell. This causes electricity currents to flow in the high-voltage networks and transmission lines, but doesn’t affect the low-voltage networks such as those in domestic properties (so you can leave your household items plugged in without a worry).

What's the likelihood of a solar storm happening?

These huge solar ejections are rare – we’re talking an average of one event every one or two hundred years. The biggest solar storm we know of was the Carrington event in 1859, and it would take an event of this size to have any noticeable impact on Britain’s electricity grid.

Smaller but significant events have occurred more recently. There was a large CME in 2003, but its magnetic field was the wrong way around, so it had no effect on our systems. In 1989, another large event blacked out the province of Quebec in Canada for several hours, and damaged two bits of National Grid equipment in the UK, but it had no effect on our power system or the public here.

So, what would be the potential effects on our electricity systems?

We’re certain there’ll be a repeat of the 1859 event one day (in fact Earth had a near miss just before the London Olympics in 2012) – but what would the potential effects on our electricity systems be from a solar superstorm of that magnitude, and what would the public see and experience?

It wouldn’t be the Armageddon people may be imagining. Effects would likely be localised and similar to what we’d see in a terrestrial storm.

The first thing to say is that it wouldn’t be the armageddon people may be imagining. Effects would likely be localised rather than across the whole country, with regions affected in a similar way to how they might be in a terrestrial storm, which can knock out power lines and leave small areas without power. The ESO could simply divert electricity to re-energise the system. 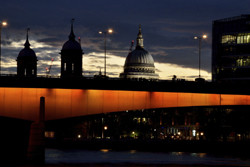 Some high-voltage transformers – the kit that converts electricity from the very high voltages used to transmit electricity to the lower, less dangerous voltage used by the public – could overheat and would need to be turned off, but that wouldn’t usually affect the public as National Grid always has back-up transformers at its sites.

If, however, too many transformers were lost at any one site then there’s a chance the people supplied by that electricity station could lose power. Again, the chance is exceptionally low – a one-in-10,000 people chance – on top of the fact that the event itself is extremely rare.

The other possible consequence of a solar event is fluctuation in voltage, which means the supply to your home could dip beneath 240V. Normally you wouldn’t notice – the lights might become a bit dimmer – but if it goes too low it does raise the risk of a power outage.

How is National Grid and the electricity industry preparing to mitigate against the risks?

There’s a huge amount of ongoing work at the ESO, the wider National Grid group and across industry to mitigate against these risks. We’re constantly reinforcing our systems and processes based on what we’re learning – including from solar events. Critical services and major agencies all have back-up generation and are regularly involved in planning and preparedness exercises, and we have plans to get power back on quickly while prioritising vital services like hospitals.

We’re constantly reinforcing our systems based on what we’re learning – including from solar storms – and we have plans to get power back on quickly while prioritising vital services.

Our Black Start programme – the process we would use to restore power in the unlikely event of a total blackout – is one of the most advanced in the world, and through its Distributed ReStart project is exploring how renewables like wind and solar power could contribute to getting the system back up and running.

We’re also working with those same distributed generators on a major initiative to help them change their settings to reduce the risk of inadvertent tripping and disconnection. This will shore up the electricity system against voltage fluctuations, making our power resources more resilient to sudden changes.

Additionally, National Grid is gradually replacing the high-voltage transformers on the transmission system with new designs which are more resilient and resistant to extra currents, like those caused by solar flares.

Find out more about our Distributed ReStart project

It’s impossible to predict CMEs. They travel incredibly fast given the huge distances involved, and can reach Earth in as little as 15 hours – and it’s not until the final quarter of an hour that we can know what the polarity is, and so whether it will have any effect at all. But we work with the Met Office on advanced space weather monitoring, keeping an eye on sun spots which indicate big build-ups of magnetic energy that can cause these ejections.

If we think a solar flare or storm is on its way, we can batten down the hatches appropriately. That means making the system as stable as we can to endure fluctuations, and ensuring that as many of the 8,000km of UK power lines as possible are switched on. National Grid would also turn on as much high voltage equipment as possible, so it shares the burden of the excess current flowing through the system. That way, none of them would become overwhelmed and they’d act as a drain, returning the excess current to earth as quickly as possible.

We aren’t at the stage where we think we have all the answers, but science progresses daily and we’re in close contact with space weather scientists, the academic community, government and advisory groups because a major solar event wouldn’t just affect National Grid.

Airlines, atmospheric effects on astronauts and high frequency radio transmissions could also be impacted – and satellites too, which could temporarily affect GPS and consequently things like emergency services and even cash machines.

National Grid and the ESO are prepared. The effects on our systems are very much like those from any other cause. We see solar weather as a risk, but alongside the many others we face every day. It’s rare but important risk we have to manage – and we’re very experienced at managing risks. 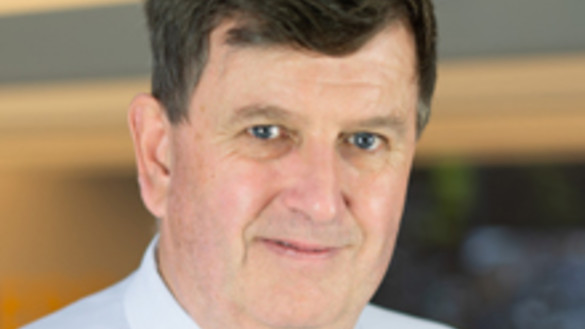