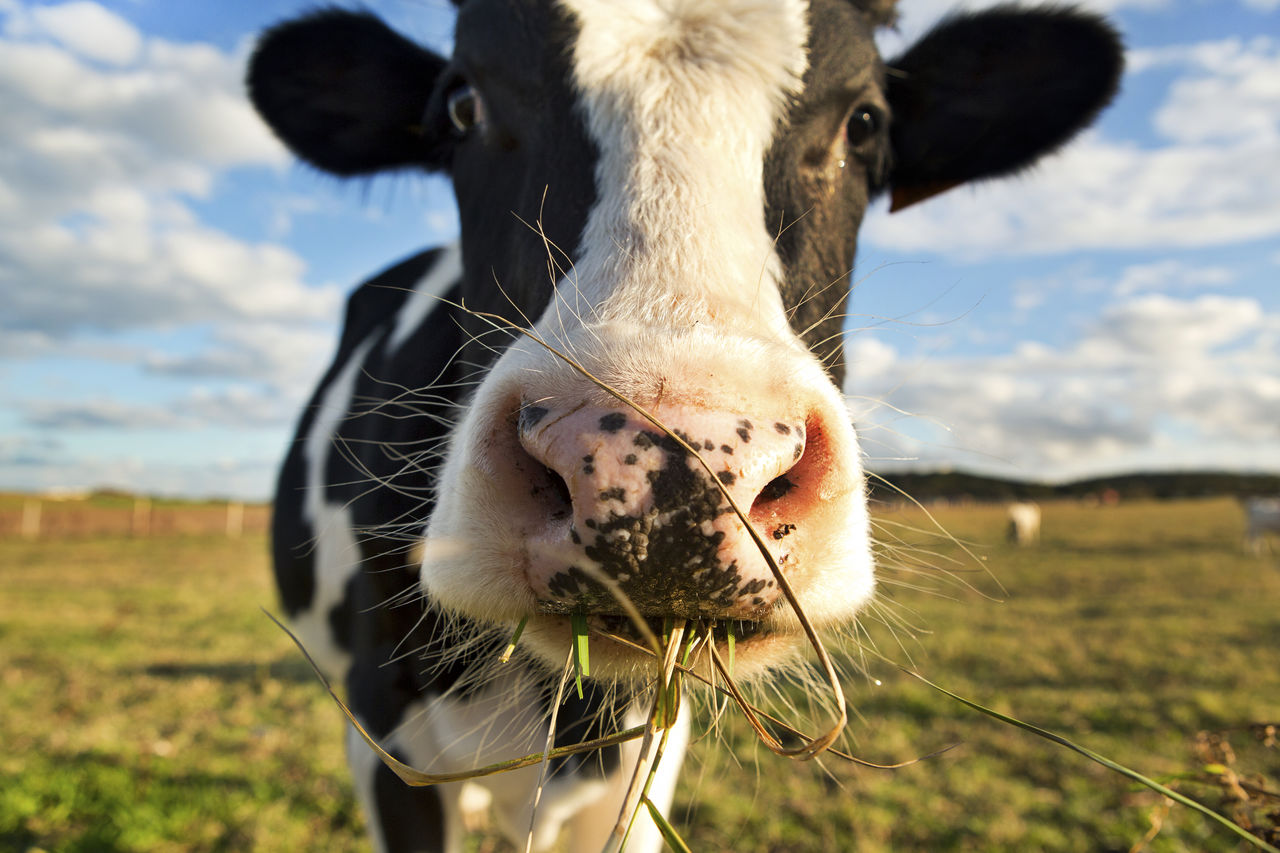 As biomethane is connected into the national gas transmission network for the first time, read on to find out how farms can produce not just the food we eat but some of the fuel to cook that food and heat our homes too.

Cows might not be the most obvious source of fuel, but a Cambridgeshire farm is the first to show how at least some of the gas you use to heat your home or cook your dinner might have been produced with our bovine friends as a starting point.

Somerset Farm, owned by Biocow, has established a system to produce the clean, renewable biogas, biomethane, from cow waste. In a process known as anaerobic digestion, the waste is sealed in tanks without oxygen, where the material is then broken down by naturally occurring micro-organisms and biogas is produced.

Connecting to the grid

Now, for the first time in Great Britain, biomethane from the farm is being fed into the national gas network where it is then mixed in with regular methane. The plant will support up to 15,000 cubic metres per hour of biogas flows which is enough renewable gas to supply ten households every hour.

Ian Radley, our Head of Gas System Operations, says ‘Alongside hydrogen, biomethane will play a critical role in the journey to Britain achieving net zero. We’ve collaborated closely with Biocow on this innovative project to ensure we met their needs and ultimately successfully connected their site to the National Transmission System, supporting the transition to a low carbon economy and paving the way for similar projects in the future.”

Want to know more about how biogas works and how it’s produced?