Biogas is a renewable fuel produced by the breakdown of organic matter such as food scraps and animal waste. Find out how biogas is produced and and how it can be used to fuel vehicles, heat our homes and to generate electricity.

How is biogas produced?

Biogas is an environmentally-friendly, renewable energy source. It’s produced when organic matter, such as food or animal waste, is broken down by microorganisms in the absence of oxygen, in a process called anaerobic digestion. For this to take place, the waste material needs to be enclosed in an environment where there is no oxygen.

Biogas can occur naturally or as part of an industrial process to intentionally create it as a fuel.

What sort of waste can be used to produce biogas?

A wide variety of waste material breaks down into biogas, including animal manure, municipal rubbish or waste, plant material, food waste or sewage.

Which gases does biogas contain?

Biogas consists mainly of methane and carbon dioxide. It can also include small amounts of hydrogen sulphide, siloxanes and some moisture. The relative quantities of these vary depending on the type of waste involved in the production of the resulting biogas.

What can biogas be used for?

1. Biogas is a gas of many names

2. Biogas and biomass: the similarities and differences

Biomass and biogas are both biofuels; they can be burnt to produce energy. But biomass is the solid, organic material. Biomass has been used as an energy source since humans first discovered fire and burnt wood, plants and animal dung to create energy.

Today, many power stations run by burning a biomass of compressed wood pellets – a by-product of timber and furniture-making. By replacing fossil-fuel coal, biomass enables renewable electricity to be produced.

When biomass decomposes naturally, or at industrial scale in an anaerobic digester, biogas is produced.

3. Biogas is not a new discovery

The anaerobic process of decomposition (or fermentation) of organic matter has been happening in nature for millions of years, even before fossil fuels, and continues to happen all around us in the natural world. Today’s industrial conversion of organic waste into energy in biogas plants is simply fast-forwarding nature’s ability to recycle its useful resources.

4. Today China leads the world in the use of biogas

China has the largest number of biogas plants, with an estimated 50 million households using biogas. These are mostly in rural areas and small-scale home and village plants.

The torch at the 2008 Beijing Olympics was fuelled with biogas.

Also, the torch at the 2008 Beijing Olympics was fuelled with biogas.

5. In the UK there are 109 biogas plants currently in operation, while the US has over 2,200 sites producing biogas

The first UK biogas plant was built in 2011, with the introduction of the government’s Renewable Heat Incentive scheme. Growth saw its first peak in 2016 when 33 new plants were built, according to the Anaerobic Digestion and Bioresources Association.

In 2020, a Somerset dairy farm owned by Biocow was the first to plug its biogas production directly into the national transmission system.

The US has over 2,200 operational sites producing biogas in all 50 states – 250 anaerobic digesters on farms; 1,269 water resource recovery facilities using an anaerobic digester; 66 stand-alone systems that digest food waste; and, 652 landfill gas projects – according to the American Biogas Council.

They believe the potential for growth in the US biogas industry is huge, calculating that 103 trillion kilowatt hours of electricity could be produced each year; while reducing the emissions equivalent of removing 117 million passenger vehicles from the road.

6. Holiday food waste is enough to heat 25,000 homes with biogas

WRAP estimates that UK households, hospitality and food service, food manufacture, retail and wholesale sectors produce around 10 million tonnes of food waste per year. If this was all treated through anaerobic digestion, the industry could generate 11 TWh of biogas – enough to heat 830,000 homes – and cut emissions by 8.8 million tonnes of CO2 equivalent, or 2% of the UK’s annual emissions.

In the Christmas season alone, the UK wastes 270,000 tonnes of food. These leftover mince pies, roast vegetables and Christmas puddings would generate 300 GWh of biogas – enough to heat 25,000 homes – and cut carbon dioxide emissions by 236,000 tonnes.

The United States Environmental Protection Agency (EPA) estimates that over 70 billion pounds (5000000000 stones) of food waste are discarded in landfills each year. 24% of all landfills solid waste is food, which is more than any other material in everyday trash. American waste increases 23% during the holiday season alone and this largely includes food waste. Landfills are the third-largest source of human-related methane emissions in the US, so reducing food waste is an important factor in contributing to reducing biogas emissions. 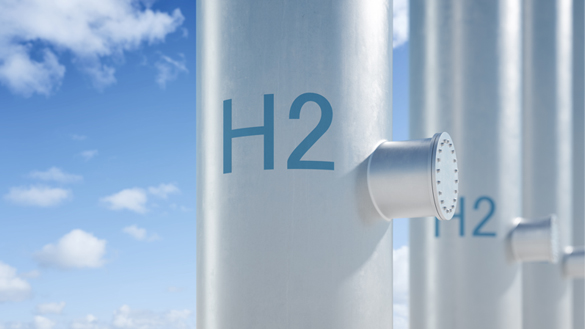