Ursula Hirschkorn, National Grid’s Senior Group Content Manager, is using her skills as a journalist to find and tell the most exciting stories about the people, projects and ambitions that are accelerating our journey to net zero. From videos and LinkedIn posts to the latest news, she’s editor-in-chief of how we show up to the outside world.

I always wanted to be a journalist. I think I was inspired by Kate Adie. I imagined myself in a flak jacket reporting from far-flung warzones. I did end up writing but in rather safer locations. No flak jacket required, although at National Grid, I’ve donned a fluorescent hi-vis one to explore a tunnel that runs power deep beneath London.

I came to National Grid nine months ago, after a career as journalist for national newspapers – which involved everything from stress testing my cat to trying out celebrity diets. I first encountered the world of energy during a stint in the content team of a top marketing and communications agency, where one of my clients was Shell. While I was there, I also wrote a speech for Margot Robbie and learned more than I ever thought I would about toothpaste.

I joined National Grid to help out on developing external content for the website and social channels. I was only meant to be here for six months, but it’s such a fascinating moment in the energy industry that I’m still here today, nine months later.

I was really inspired by the challenge that my role at National Grid offered. When I arrived there was a huge job to be done to set up a digital content team from scratch. The business hasn’t run a newsroom style content stream before, so getting this up and running has been really rewarding. I’ve had the chance to work on incredible campaigns that have attracted attention from global media, to be part of restructuring the website and to tell so many great stories about how the smart people in this business are innovating to help us reach net zero.

Women at the top is just the start

Another area I am passionate about is diversity and making sure more voices are heard at a senior level. For too many years there has only been one perspective at the top. That doesn’t reflect the reality of the world and therefore can’t accurately reflect the needs of society. Adding more women to the mix gives a leadership team a more balanced view and diversity is the only way to bring in the fresh thinking we need to solve the huge challenges we face, particularly in the energy industry.

For too many years there has only been one perspective at the top. That doesn’t reflect the reality of the world.

But that’s only the first step, diversity is about so much more than just gender balance, there needs to be a better mix of ethnicity and backgrounds and other underrepresented groups to truly reflect the communities we all live in. To achieve this level of diversity we need to flex how we work around people’s lives, rather than expecting everyone to fit an out-dated mould.

At National Grid there are a lot of women who are breaking stereotypes, and they have taught me that I should have paid more attention during maths and physics lessons. When I was growing up, engineering seemed like a dull and dirty job that was only for men. How wrong I was. The incredible female engineers I’ve met have shown me what a fascinating, varied and stimulating career it is for anyone.

Outside of work my proudest achievements are my four beautiful sons, but I think that running the London Marathon in the Olympic year was right up there with their births in terms of blood, sweat, tears and sheer pride. 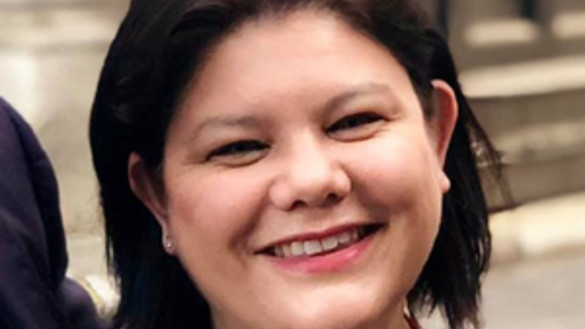