A nest of peregrine falcon chicks was found during engineering works to replace a set of National Grid overhead lines in South Lincolnshire.

The surprising discovery was made 20 metres above the ground, where the young birds were nesting on a transmission tower, when they were spotted by workers.

Some elements of the work then had to be rearranged and supervised by an ecologist to keep the eggs and then the chicks safe.

National Grid Project Engineer Martin Bage explained: “Outside of nesting season we carried out our usual bird mitigation measures. We fit nesting deterrents and remove old nests ahead of the main outage works. The aim of this is to deter birds from nesting on the towers to de-risk any impact on the main works.

"However, during the works, we discovered a nest that had been occupied by a pair of Peregrine falcons who laid their eggs in the nest. At that point we had to stand the works down, as disturbance is prohibited unless licenced by Natural England.”

Permission was later granted to continue the works under a special licence from Natural England.

It's important that we take care of nature and wildlife while working on projects like this and we were happy to lend a helping hand.

Martin added: “Once the young birds have fledged, we’ll remove the nest to complete this stage of the refurbishment. It's important that we take care of nature and wildlife while working on projects like this and we were happy to lend a helping hand.”

In the wild, peregrine falcons can have a life span of nearly 20 years and have been known to reach speeds upwards of 200mph. 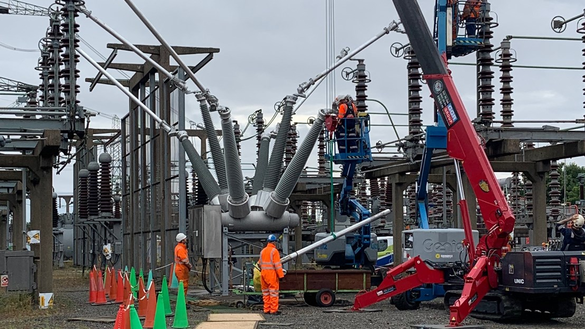 Read about the ways our engineers have been working this year to prepare our network for the winter. 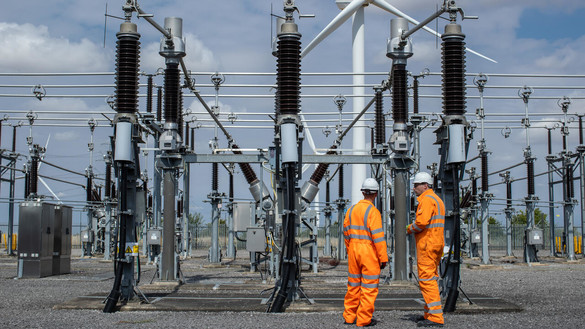 Queue management: the next step in accelerating grid connections

In the race to connect enough renewable power to the grid to help Britain reach net zero, we’re committed to reducing the time customers will wait for a connection. 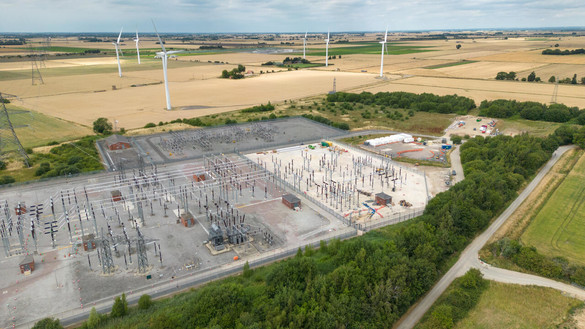 What does a TEC amnesty and queue management mean for grid connections?