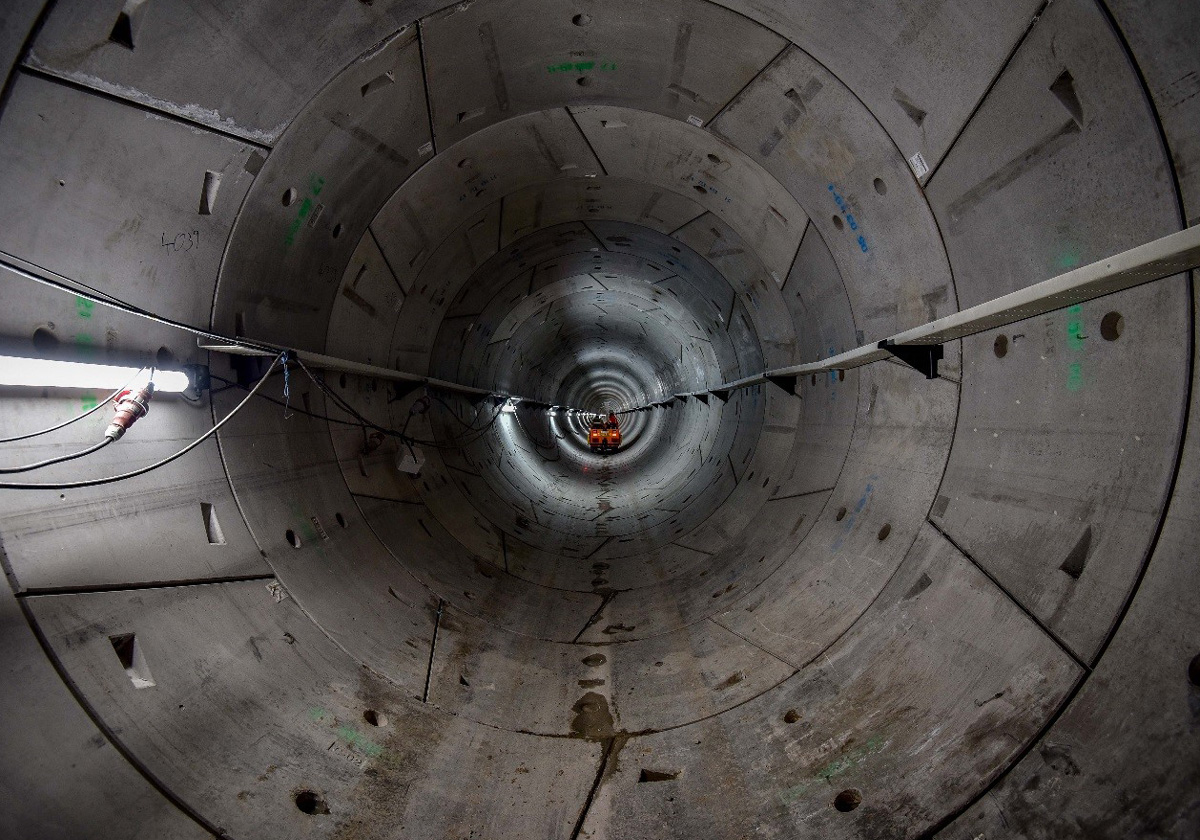 Building a new gas pipeline under the River Humber has been no small task, involving 5km of pipes and 16 Olympic swimming pools’ worth of water. Now close to completion, the team has just finished another vital stage, breaking a world record on the way.

One of the last stages of work to create a vital new gas pipeline under the River Humber has been completed. The 5km replacement tunnel, which houses the pipeline, was finished at the turn of the year. Now, in the penultimate stage of the project and with some exceptional engineering, the pipeline itself has been inserted into the tunnel.

When it’s operational, towards the end of this year, the pipeline will be able to carry enough gas to fuel up to 25% of UK needs. Working with our project partners Skanska, A.Hak and Porr, the 3.65m diameter tunnel was built 30m under the river. It replaces an older gas pipe that sat within a trench, which had become exposed over time due to erosion.

Two hydraulic thrust machines began the epic task of carefully pushing eight 620m long, 850 tonne sections of pipe on rollers into the new tunnel from the Goxhill side of the Humber on 23 June. The pipes were methodically pushed, at a rate of around one metre per minute, into the tunnel, which had been flooded with 50,000 cubic metres of pure, treated water to aid the installation – that’s enough to fill 16 Olympic swimming pools.

After one pipe section had been installed, the next one was moved into position and welded to the one in front. The push continued until all five kilometres of pipeline were fully installed on 9 July, becoming the world’s longest hydraulically inserted pipe. The next and final stage in the project will be to connect the pipeline to the network, ready for gas to begin flowing through it towards the end of the year.

“This shows what can be achieved when you put three expert companies together and create a highly collaborative environment. Our customer, National Grid, set us a considerable challenge – in fact, a ‘world’s first’ challenge – and our team has risen to it brilliantly,” says Gregor Craig, CEO of the joint venture contractors, A.Hak, Porr and Skanska.