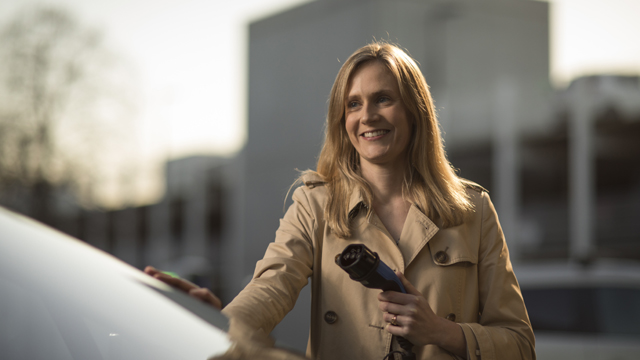 Laura Rainey, Smart Meter Business Lead, explains how she ended up in a career in the energy industry, why her role is a green collar job and her delight that leading an eco-friendlier life is becoming the norm.

I run our smart meter business. Smart meters let people have visibility and control over how they use energy, which can mean their usage is more efficient. At a national level, they can help the transition to a cleaner energy system by supporting the uptake of new technologies, such as electric vehicles and renewable generation. For example, smart meters are enabling a whole new generation of electricity tariffs so you can charge your electric vehicle when energy prices are low.

I did a masters degree in Carbon Management at the University of Edinburgh, which led me to the renewables and clean energy sector. When I graduated, just after the 2008 financial crash, the ‘traditional’ jobs I’d been looking at weren’t recruiting anymore. I didn’t realise it at the time, but this was a great opportunity for me to take a step back and really think about what I wanted to do with my career.

Climate change and the transition to a low-carbon economy felt like the biggest challenge that would take place during my career, and something I wanted to be a part of tackling. At this time, the UK Government also passed ground-breaking legislation, which meant that energy became the leading sector for the low-carbon transition. So, it was part planning and part opportunity that I ended up in energy!

Much of what the energy sector has done in the last ten years has often been claimed to be impossible. It’s been great being part of that story and making it happen!

My biggest achievements at work involve being part of delivering on cutting-edge renewable energy projects and policies. Much of what the energy sector has done in the last ten years has often been claimed to be impossible. It’s been great being part of that story and making it happen!

For those considering a green collar career, I’d say ‘be flexible and get stuck in’. Nearly all jobs I’ve done in the sector didn’t exist before I did them – so you definitely need to keep an open mind. This is a great opportunity to shape your own job and to shape a developing industry!

Future hopes at work and home

I love running a clean energy business and I want to be a big part of the shift to a low-carbon economy by working alongside the great and inspiring people that make up the sector. I also want to support the growth of the industry and anyone looking to join it.

Outside of work, my partner and I are expecting our first child later this year, so having a happy and healthy family is definitely up there on my priority list!

Ten years ago, some of the things I did were definitely not commonplace – such as my interest in sustainability, working in the renewables sector and walking to work (specifically to reduce my carbon footprint) – but it’s a massive success that all this is no longer at all unusual. We’re all much more aware of our impacts and taking steps to reduce them, and this sort of thing has become mainstream. 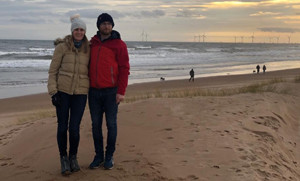 I’ve always been a fan of the outdoors and often visit Scotland to go walking. I personally think renewables can enhance our natural environment. Last year we walked along the coastline past the European Offshore Wind Deployment Centre in Scotland, and it looked spectacular against a winter sunset.

My eco hero is…

I don’t have one eco hero but hundreds. I’m going to say The Intergovernmental Panel on Climate Change, which is the UN body for assessing the science related to climate change. They pull together vast amounts of evidence to understand the impacts of climate change and it’s their work that enables the world to make the right evidence-backed decisions on this. I’ve always marvelled at the scale of their work; it involves people from over 130 countries with over 2,500 scientists providing input. It’s demanding work and most of us never even realise they exist – that makes them heroes in my eyes.