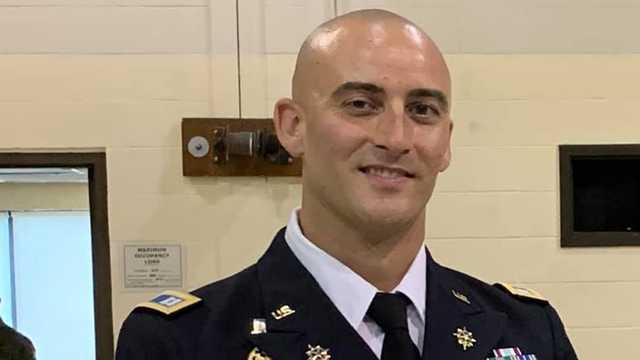 Double mission for National Grid and the National Guard

For most of us, balancing one job with family life is enough of a juggle. But 31-year-old Kyle Metzler from Syracuse, New York, has two essential roles – at National Grid as a Senior Data Analyst and as a Captain in the National Guard.

This National Veterans’ Day, Kyle is looking forward to spending the federal holiday with his wife Carrie and their two children – Ada, five, and Thomas, three – on a well-earned break and attending a parade together.

“It’s an important holiday, when we recognize all the sacrifices the military makes for the general populace,” he says with conviction. “There are 1.3 million people in the US armed forces, but that’s only half a percent of the population. We bear a heavy responsibility and a lot of sacrifices have been made, especially in the past 20 years.” 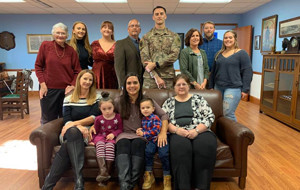 Nearly 10 years later, Kyle’s ‘regular civilian job’ is as a senior data analyst within the electric third-party attachments team; whereby telephone companies, internet providers and municipalities attach to our electric infrastructure. He’s worked at the company for over three years, starting in finance within the business services department.

And within the National Guard, Kyle is a military intelligence company commander, leading a team of 118 intelligence professionals. At least one weekend every month Kyle is away from his young family on training exercises, to ensure his unit is ready to be deployed in times of crisis.

In times of crisis

One such crisis was in April and May of this year, when COVID-19 first hit New York. Kyle had to take leave from our company to work around the clock leading a team of 80 New York National Guardsmen in preparing and delivering essential test kits and PPE, and the grim ‘decedent mission’ – transporting the dead from their homes.

This mission came just five months after Kyle returned home having been deployed to East Africa to fight the remains of ISIS and the local terrorist fundamentalist group Al Shabaab. “We assisted the local people in keeping safe from the bad guys,” he says simply. In fact, Kyle was in charge of four intelligence-gathering teams in four different locations in Somalia, Kenya and Djibouti.

“That combat deployment was both a high and low point for me”, says Kyle. “Seeing the tangible benefits of what my team and I were doing, but also being away from my family for 12 months and missing them.”

Kyle had to take long-term military leave during that year of active duty, returning in October 2019 to his desk job. He is full of praise for the company. “I came back to the same job I’d had before and I was even allowed to accrue vacation time,” he says.

“At work I’m not in a supervisory role, which makes a nice contrast from being a company commander of 118 people. But there are lots of very transferable skills taught in the military that work in an office environment, particularly having to learn very quickly when thrown into a new situation.

“It also works the other way – in my work I have to build and keep good relations with a lot of internal and external stakeholders, and that diplomacy is a very transferable skill set for my army career.

“I’m grateful to work in a company that understands my military deployments are non-voluntary and still supports me in my career.”

Read more about how we helped power healthcare in New York.

We also work with veterans through the US Troops to Energy Jobs programme. This is designed to help veterans make the transition from military service to a second career working within the energy industry. 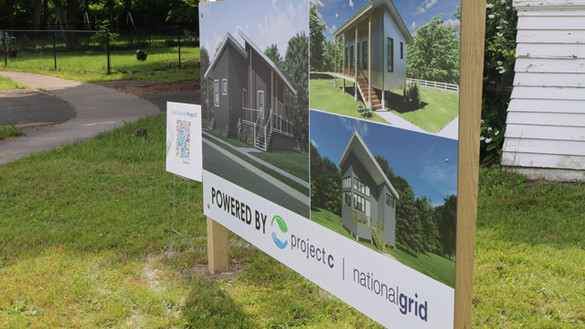