A new report providing the most detailed assessment yet of how the UK can develop the world’s first zero carbon industrial cluster has been published.

The proposals published by the Zero Carbon Humber campaign, led by multinational energy firms Drax Group, Equinor and National Grid Ventures, could help protect 55,000 jobs and deliver the biggest contribution to the UK’s climate goals of any industrial region.

Capture for Growth: Creating the world’s first zero carbon economy sets out how the region could deliver the government’s world-leading ambition to establish the first ‘net zero’ carbon industrial cluster in the UK by 2040, helping the Humber to compete on the world stage by attracting new investment, industries and employment.

The proposals are supported by new analysis by Element Energy which finds that if the world’s first net zero carbon industrial cluster is developed in the Humber region, 53 million tonnes of CO2 a year could be captured – that’s around 15% of the UK’s current annual CO2 emissions. They would also help save industrial businesses in the region carbon taxes of up to £27.5bn by 2040 helping to protect jobs and competitiveness.

Lord Haskins, Chair of the Humber Local Enterprise Partnership which is supporting the Zero Carbon Humber campaign, said:“I welcome these proposals which set out a clear route to protect jobs, tackle climate change and help the Humber compete globally. Today, the UK is in the lead, but other countries are closing the gap by helping their industries achieve their net zero carbon goals.

“The Humber is uniquely well placed to deliver clean growth, and I hope the next Government will get behind the exciting proposals coming forward from the region.”

Will Gardiner, CEO of Drax Group commented: “The race to cut carbon emissions is one we can win. This plan sets out a clear blueprint of how to get the Humber to net zero – the impact of decarbonising the most carbon intensive region in the country will make a major contribution to the UK reaching its world-leading climate goals. We need to seize this opportunity. Zero starts here.”

Irene Rummelhoff, Executive Vice President, Marketing, Midstream & Processing at Equinor added: “This report sets out how a hydrogen economy can be kick-started from the Humber region and grow across the North of England. Hydrogen has a key role to play in the UK reaching net zero by cleaning up industry, heating, transport and power, as well as delivering improved air quality.”

Jon Butterworth, COO, Global Transmission at National Grid Ventures said: “The government has set out ambitious plans to develop the world’s first zero carbon industry cluster by 2040. We believe this is a challenge that can and should be met. By working together across industry sectors, we can protect UK jobs, drive further economic growth and help the country achieve critically important climate goals that will significantly benefit current and future generations.”

The UK is among the top five nations in the race to decarbonise industry by using carbon capture and storage (CCS), but risks falling behind as other countries move to deploy CCS at scale.

The report shows that the Humber is ideally positioned to become the world’s first net zero industrial cluster:

The publication of Capture for Growth: Creating the World’s First Zero Carbon Economy follows the recent launch of a government consultation into its £315m Industrial Energy Transition Fund which is intended to help industry reduce carbon emissions. 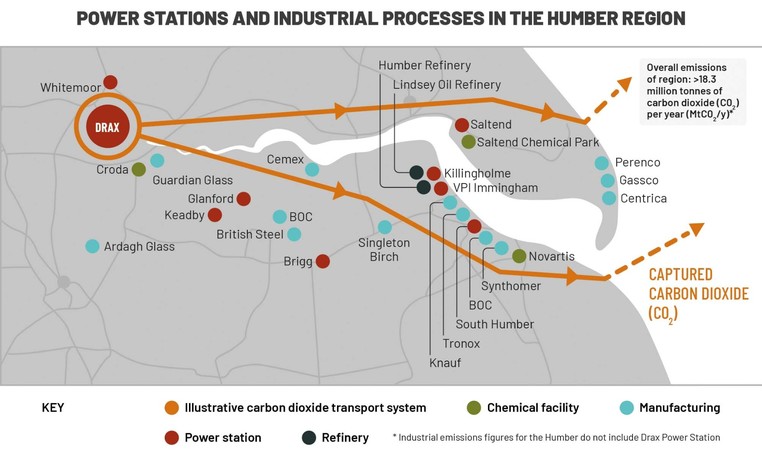 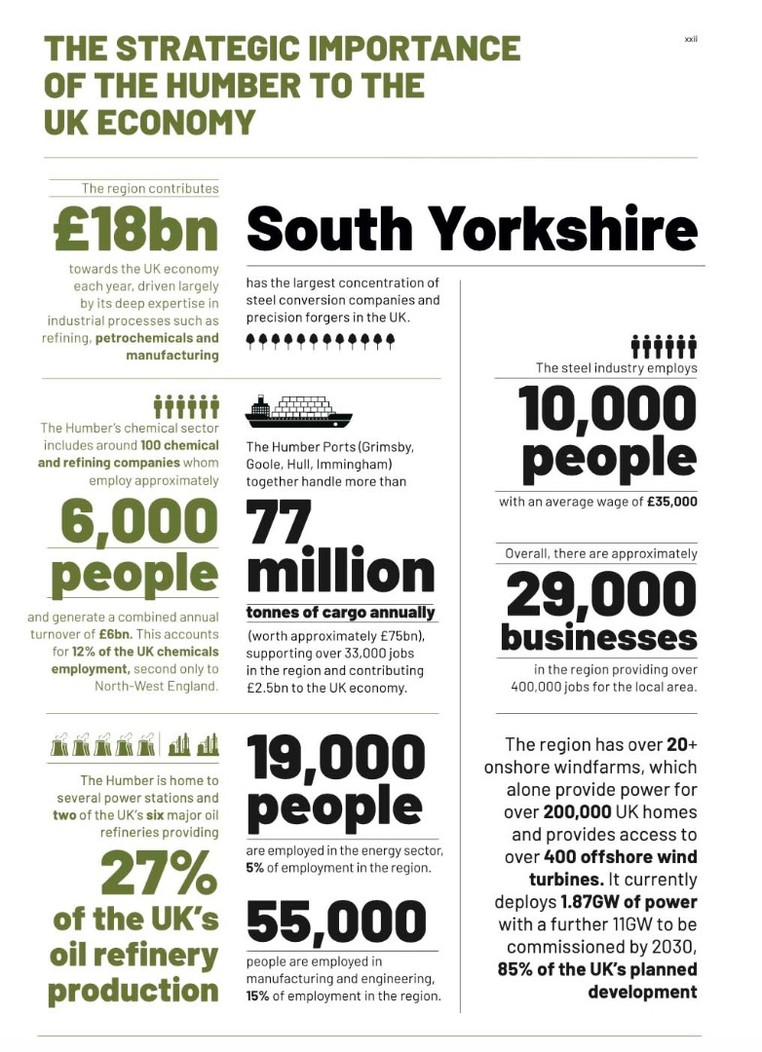 More information about the Zero Carbon Humber campaign is available on the website.