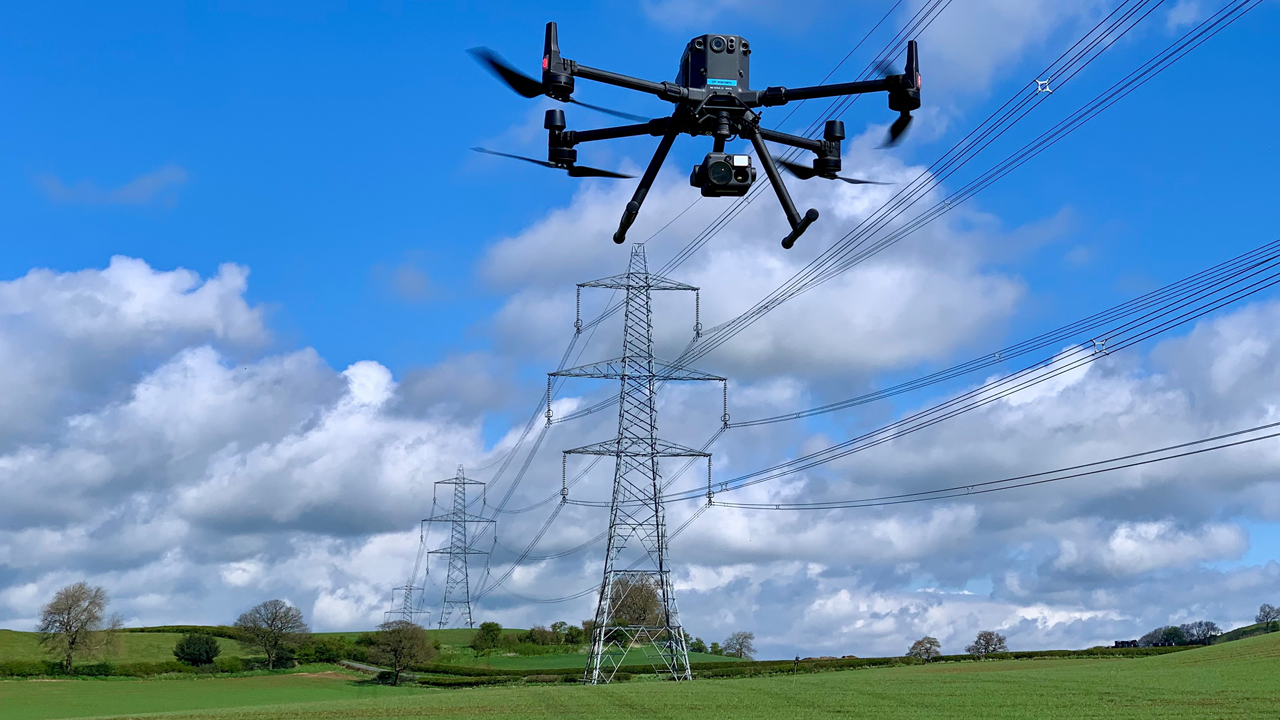 National Grid’s drones: what are they used for?

You might be aware that we use helicopters to carry out inspection work on our overhead power lines network across England and Wales, but did you know we also have a fleet of drones and a dedicated team to operate them?

What do we use our drones for?

Drones – also known as unmanned aerial systems or vehicles (UAS / UAVs) – allow us to look at parts of our network that are more difficult or costly to reach.

They make it much easier for us to inspect the overhead wires and pylons known as the national grid, which transmits electricity from power stations across the country.

We also use drones in substations to get a bird’s-eye view of high-voltage components that would otherwise require costly power outages, scaffolding or cherry pickers to view.

Our drones are equipped with high-resolution and thermal image sensors to capture still, video and infrared data from a variety of different angles, to get the best possible view. This helps us assess faults – such as damaged conductors, wear and corrosion on steelwork and fittings – or identify high resistance ‘hotspots’ on high-voltage assets.

Why do we need drones to perform inspections?

In the past, the kind of inspections that are now performed by drones were undertaken either by engineers climbing up pylons or using helicopters. 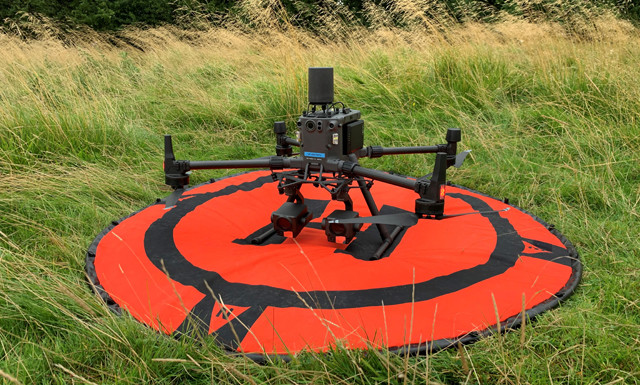 However, there are a number of instances where using a helicopter just isn’t feasible. They can’t get too close to built-up urban areas and in rural areas they can be disturbing to any livestock that’s in the vicinity. These no-go areas currently make up around 15-20% of our network.

Using drones removes the costs and hazards involved with accessing the pylons, as our engineers can stay safely on the ground and the electricity remains switched on.

Drones have already proven to save us both time and money, so introducing them has made a huge difference in how we can plan our maintenance work.

There are still times when the non-drone methods are necessary though. For example, the helicopters can cover greater distances and they don’t require access to the land surrounding our powerlines.

In the event that we can’t access something using a drone or helicopter, it will require a manual ‘climbing assessment’ and rely on our engineers to take photos of the assets.

What kind of drones do we use?

We have a variety of different drones that we can use for different purposes:

Who gets to operate the drones?

We have a team of 19 people who are currently trained to operate the drones for inspections and maintenance. Associate Condition Monitoring Engineer (UAS Lead) Matti Ward originally joined National Grid as an overhead line apprentice in 1996 and worked in the helicopter unit for 12 years, operating the onboard camera systems. During this time, he recognised the need for an alternative in those instances where using a helicopter just wasn’t possible.

An early attempt saw him using model helicopters with cameras strapped onto them, but this wasn’t an ideal solution. Fortunately, this was close to the time that drones first started making their appearance in the mainstream.

Matti introduced the benefits of using drones to carry out condition assessment in 2017 and the team has grown ever since. Its aim now is to have a lead drone pilot based in each region around England and Wales, supported by additional pilots as a nationwide team.

The future of our drone fleet: AI technology and ‘beyond line of sight’ operations

We’re constantly looking at new technologies to help us keep our network operating safely and efficiently. Drones that use artificial intelligence (AI) offer us many options that could make our condition assessment operations even more efficient.

We’re working closely with the Civil Aviation Authority – the UK’s aviation regulator – to expand operations beyond visual line of sight (known as BVLOS).

As technology advances and we develop our skills to prove we can maintain flight safety, we’ll be granted permission to fly longer distances than the current regulations, which limit drone flights to 500 metres from the pilot, maintaining visual line of sight.

To date, we have already completed successful flights conducting inspections out to 3km along a powerline at a test location – the first of such flights in the UK.

Read more about the pylons and cables that our drones monitor

5 ways we keep the electricity network protected from storms

Storms can mean disruption and unpredictability for our electricity system. We take the job of ‘keeping the lights on’ very seriously and we have a number of approaches in place to deal with potential issues that severe weather might cause – from power cuts to pylon damage.

Exciting jobs you could do as a National Grid apprentice

Whether it’s venturing into tunnels deep below London, using futuristic new technology or keeping the country’s lights on (literally) by making sure electricity flows to the right places, our apprenticeship schemes offer so many different and exciting opportunities - all while playing a part in National Grid’s commitment to tackle climate change.

Inclusion and sustainability are both key to our commitments at National Grid, and one of our most exciting developments in the past year has been the P1 Compound, a pilot project to introduce a variety of neurodiverse and sustainable elements into construction site cabins.