Electricity plays a huge part in our lives. We use it at home, at work, in our schools and hospitals. It helps to bring us light and heat, and it powers the tech we’ve come to rely on.

But what we don’t often think about is, where does that electricity actually come from? And how does it get from where it’s made into our homes and businesses?

The journey of electricity isn’t quite as simple as getting from A to B. There’s a number of stages involved in getting it delivered to you in a way that’s efficient and safe.

Find out how electricity gets from the producers to your plug socket.

Stage 1: Generation – how electricity is produced

There are a few different sources used to create – or generate – electricity and these sources are either renewable or non-renewable.

Because renewable energy sources are generally cleaner, greener and cheaper, it’s obviously more desirable to generate as much of our electricity as possible using these. But there are times when there isn’t enough renewable electricity being generated to meet the country’s need, so for the moment we also need to rely on non-renewable sources, which are generally more costly.

Once the electricity has been created, the generators then sell it on the wholesale market to energy suppliers.

The transmission network is similar to our motorways, in that it carries electricity at high voltage across the country; from where it’s generated to where it can be distributed to our homes and businesses.

In England and Wales, the electricity transmission network, including the transmission substations, is owned by National Grid. We build and maintain the pylons, overhead lines and underground cables that are used to transport the high-voltage electricity around the country.

£20 of the average annual household bill1 goes toward operating and maintaining the electricity transmission network.

Stage 3: Balancing the grid – making sure electricity is there when you need it

We’re all using different amounts of electricity in different places at different times, so it’s the job of the Electricity System Operator to make sure there’s always a supply of electricity there when you flick a light switch or plug in your phone.

They do this by ‘balancing the grid’, which basically means that they control the supply of electricity that moves through the transmission network to make sure that demand is always met, every second of every day.

Stage 4: Distribution – how electricity gets to your home

If the transmission network is like our motorways, then distribution networks are like our local roads, connecting motorways with communities to deliver electricity to our homes and businesses.

Because electricity from the transmission network is of a high voltage, distribution networks must first lower the voltage, via a distribution substation, to make it safe to use in our homes.

Around £100 a year from your bill goes to your distributor.2 This helps to reduce the likelihood and length of power cuts, and deliver support to customers in the event of there being a power cut. It also funds investment and innovation in the electricity network, to help the UK prepare for a low carbon energy future.

To find out who your distribution network operator is, visit energynetworks.org.

Around 29% of generated electricity is connected directly onto the distribution network rather than the transmission network – this is known as embedded generation.

Stage 5: Energy suppliers – who sends you your bill

Your electricity bill is sent to you by your energy supplier. Suppliers buy energy from generators on the wholesale market and sell it on to you, their customer. They set the tariff for the electricity you use and you’re free to choose any supplier you like. 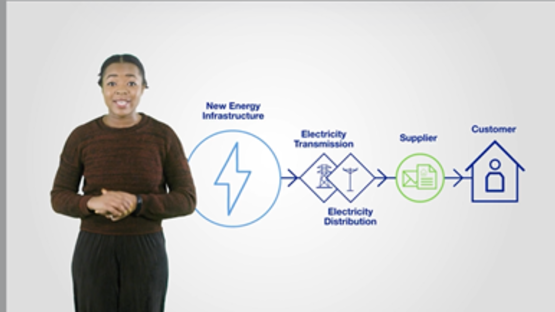 What role does National Grid play in my energy bill?

This video explains the journey of electricity to your home and which parts of your energy bill relate to National Grid.

Watch the video about our role in your bill 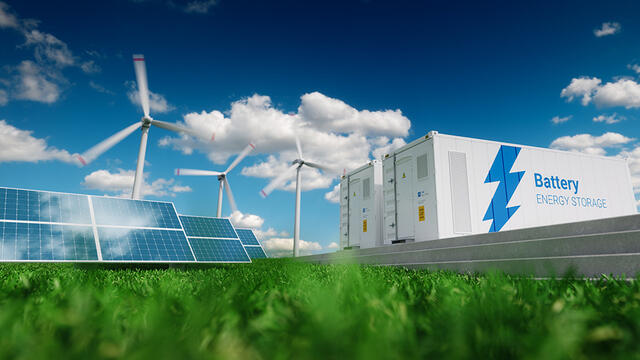 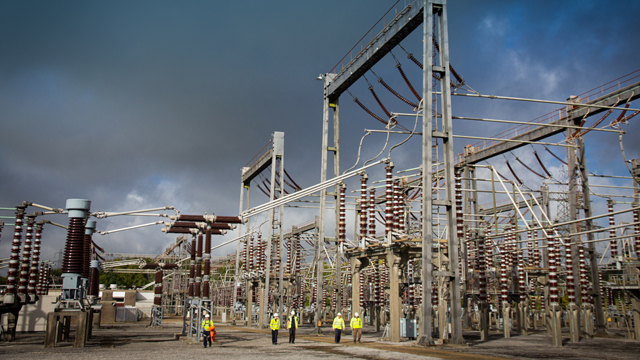 Is living next to a substation safe? 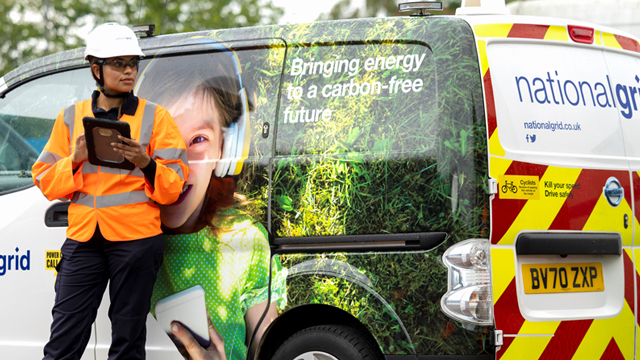 What’s the difference between electricity transmission and distribution?

What is a pylon?

2 The distribution services make up around 17% of an average electricity bill, which is around £100 a year of 27p a day.