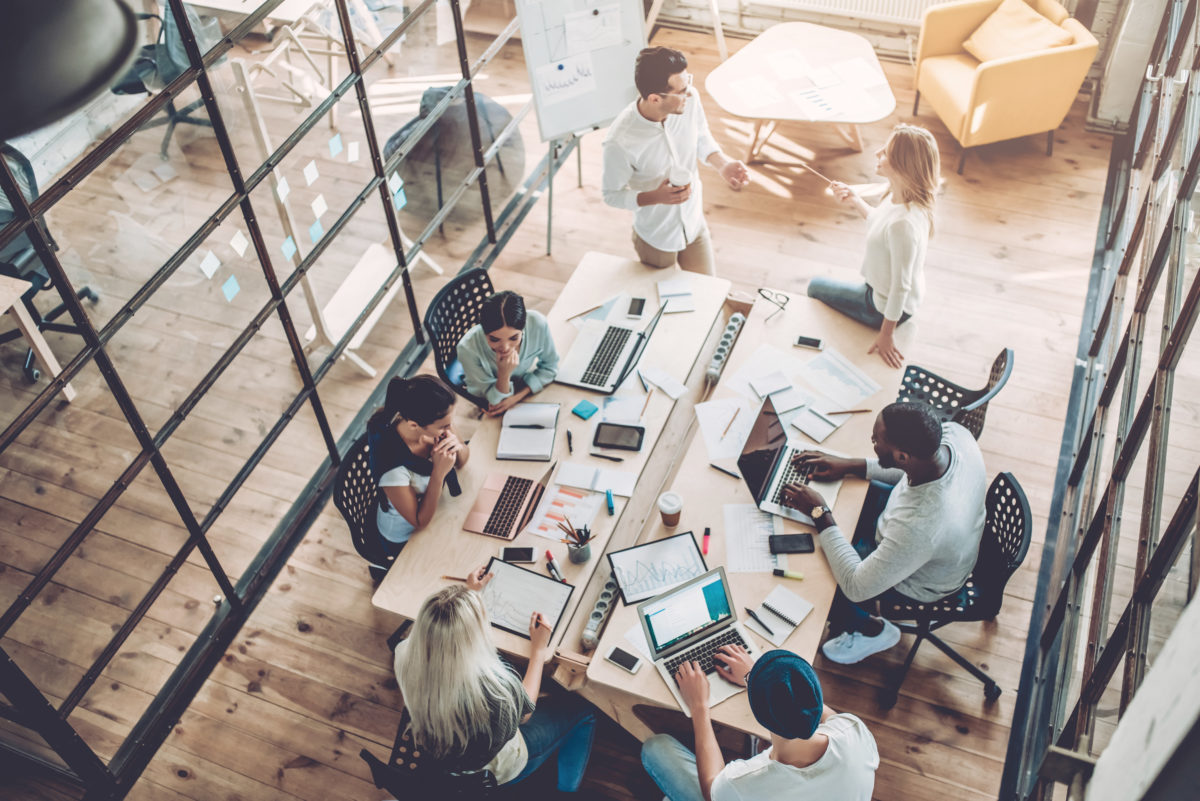 Mastering our own disruption

If you drive to Bend, Oregon, on the edge of the Deschutes National Forest, you can find outstanding skiing, ample fishing, and 22 breweries serving a town of 91,000.

You can also see the face of disruption.

On Revere Street, tucked next to a nail salon and pizza place, is the last Blockbuster Video store in the United States. A company that once had 9,000 stores and commanded an $8.4 billion price tag is now a lonely outpost in an Oregon strip mall.

You know the end of the story: Netflix and other video-rental services decimated Blockbuster’s business model. But it’s the middle part of the tale that bears scrutiny.

Blockbuster had smart, skilled, and savvy leaders. It had money in the bank, a strong brand, and dominated the competitive landscape. Yet just three years after Netflix went public, Blockbuster had lost three-fourths of its market value.

Today, Netflix is worth roughly $150 billion.

I think about this story a lot. How did a company with such outsized advantages lose them so quickly? How did its successor not just absorb the existing market but build a far more lucrative one? Most important, what can we learn?

Our CEO, John Pettigrew, put it well in a recent conversation.

“Innovation, at its core, is about trying to be the master of your own disruption. You live with a head in two worlds: one where you run an existing business efficiently and another where you systematically look for opportunities that don’t yet exist…but that you don’t want to miss.”

I live in that second world. I’ve spent more than two decades as an investor in disruptive technologies and an innovator in newly minted markets. I can tell you that opportunities exist everywhere – including the energy sector.

So in this inaugural post, I want to sketch out what disruption tends to look like and explain what we’re doing at National Grid Partners to try and master our own.

Disruptive businesses tend to have three things in common: they start small, grow quickly, and aren’t initially profitable. That makes them easy, and dangerous, to overlook.

Airbnb is a perfect example. Launched a decade ago at the SXSW festival, it got exactly two bookings in its first year. Then came the growth. By 2012 it had 5 million bookings, which jumped to 80 million by 2016. Profitability hadn’t yet arrived, but it was well within sight because of something called the network effect.

The network effect blends an “everybody’s-doing-it” perception with a “fear-of-missing-out” mindset. Think about how your friends talked excitedly about Netflix when it came onto the scene. Or Facebook and Twitter. Or Uber and the iPhone. These conversations spur customer growth and drive a kind of momentum that eventually makes it difficult for competitors to catch up.

By the time hotel operators understood the threat to their business model, the network effect had flung Airbnb past them. This year the company expects 160 million bookings and is profitable. While hotels still exist – not all disruption goes the way of Blockbuster, of course – Airbnb has a market value greater than Hyatt and Hilton combined.

So what are we to learn? I go back to my conversation with John.

“Our priority is to understand where we are today – and prepare for what we cannot yet predict,” he said.

Let me tell you a bit about our market and the preparations we’re making.

Disruption in the energy sector today spans all three phases I mentioned earlier: there are small companies, fast-growing ones, and a couple inching their way to profitability. They target everything from wireless charging and residential solar to distributed energy and next-generation transportation, such as hyperloop systems.

Which ones will break loose from the pack and surge to the lead? Hard to say – markets, like people, are seldom predictable. Yet the trend lines absolutely point to disruption. So in six short months my office has done two fundamental things to try and master it.

The first is to focus on innovation inside National Grid – not only incremental improvements, but those that can drive dramatic revenue and market advantages. Consider Google’s Gmail product. It was invented inside the company and quickly upended competitors from AOL, Yahoo! and Microsoft. It’s now the second-most popular email platform and a fundamental part of the Google G Suite sold to businesses of all sizes.

To support internally grown opportunities, we’ve created innovation, incubation, and business-development teams. Their charter is to bring the best innovative practices to our business units; scout for fresh ideas; coordinate the great work already underway; and accelerate progress through rapid prototyping, fast customer feedback, and rigorous business-model evaluation. Their goal is to abandon low-return concepts as quickly as possible to make room for truly disruptive ideas.

The second area of focus is outside our walls. We want to find fast-growing companies that complement what we do, invest in them, and incorporate their technologies where and when it gives us an advantage. Our new venture capital arm is in place, has already investigated more than 100 companies, and taken stakes in five of them.

Some might argue time is on our side – that regulations insulate companies like ours against disruption and network effects. I suggest they talk to the cable companies: this year, 33 million adults will cancel their pay TV services, a nearly 33% jump from 2017. Phone companies and taxi services, both highly regulated, have similar stories.

The truth is all industries face disruption – and they all have choices. They can take the Blockbuster approach: hold fast to a single model, not appreciating the circumstances until it’s too late. Or they can be curious about how things might change, think deeply about how to thrive amid that disruption, and prepare as best they can.

I don’t know about anybody else, but at National Grid Partners we’re doing just that.

I am the Chief Technology and Innovation Officer of National Grid, a multinational electricity and gas utility company and am the Founder and President of National Grid Partners, the innovation and investment arm for National Grid.  I sit on the NVCA Board of Directors, where I am co-chair of the Venture Forward initiative.  I was a Managing Partner at the Westly Group, responsible for investments in software, energy, and IOT and a Vice President at Intel Capital and the Managing Director of Intel Capital’s Software and Services Group and the Intel Capital Diversity Fund.  I am the founder and CEO of a non-profit called UPWARD, which is a global network for advancing professional women. 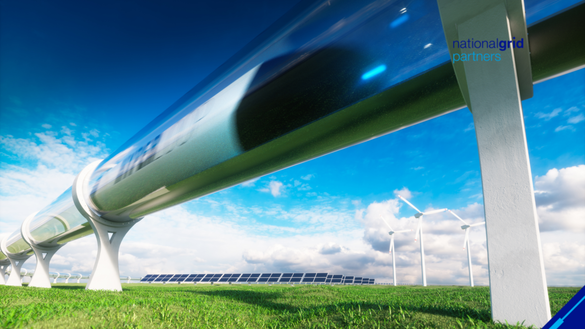 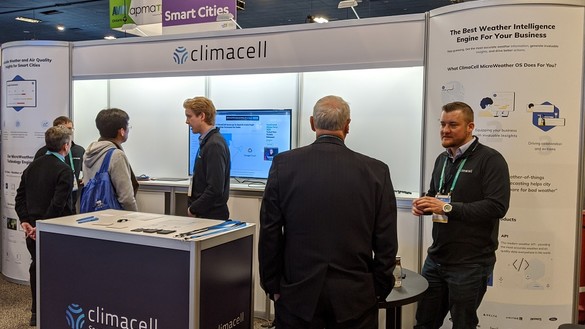 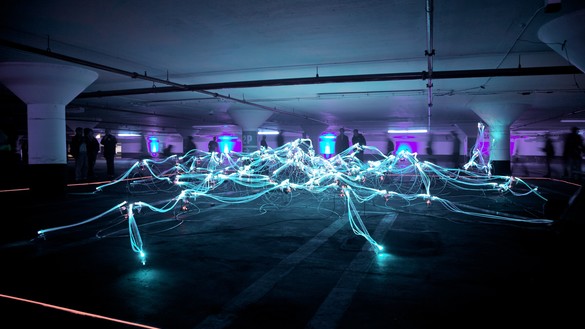