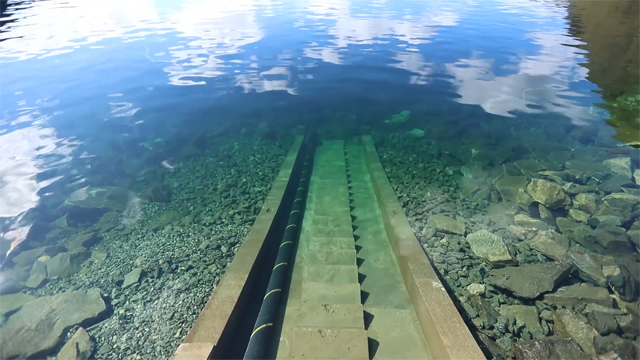 Find out the truth about interconnectors and how they’re helping to provide us with cleaner, greener energy.

TRUTH: Interconnectors play a vital role in helping us to reach net zero

Fossil fuels deliver a reliable supply of energy, but they also produce harmful carbon emissions. Renewable energy is clean, but it is more intermittent – if the sun doesn’t shine or the wind doesn’t blow, we can’t generate wind or solar power.

Interconnectors allow us to import clean energy when we need it, within a matter of minutes. They also allow us to export excess energy to our neighbours when they need it. This flexibility is critical to continue to deliver a reliable supply of energy, as we transition towards net zero and an energy system dominated by renewable power.

By 2030, we expect our interconnectors will have helped the UK to avoid around 100 million tonnes of carbon emissions – equivalent to taking two-million petrol cars off the road.

Interconnectors actually give the UK access to cheaper electricity from abroad. We estimate that hitting the UK government’s ambition of 18 gigawatts of interconnector capacity by 2030 would save UK consumers up to £20 billion between now and 2045.

MYTH 3: Our interconnectors that are linked with Europe won’t work after Brexit

TRUTH: Since Brexit, our interconnectors have continued to play a critical role in sharing clean energy between the UK and the EU

It’s true, some of the trading is less efficient than it was, but the EU-UK Trade and Cooperation Agreement recognises the importance of efficient cross-border trading arrangements to facilitate the growth and integration of renewables.

We’re committed to continue working closely with our EU neighbours and we expect to develop arrangements that will ensure the best outcome for consumers across the UK and Europe.

MYTH 4: Interconnectors just import dirty energy from Europe, instead of generating it in the UK

TRUTH: Interconnectors will help the UK to reduce our carbon emissions

Both the UK and EU have set ambitious targets for interconnectors, because they are recognised as the ideal technology to help drive the growth and integration of renewable energy.

The energy mixes of all the countries we connect to are getting cleaner. By 2030, we estimate that 90% of the electricity we import from mainland Europe via National Grid interconnectors will be from zero carbon sources.

Interconnectors are high-voltage under-sea cables. They’re the international clean energy super-highways; stretching for hundreds of miles to enable energy produced from renewables to flow back and forth between Great Britain and neighbouring countries.