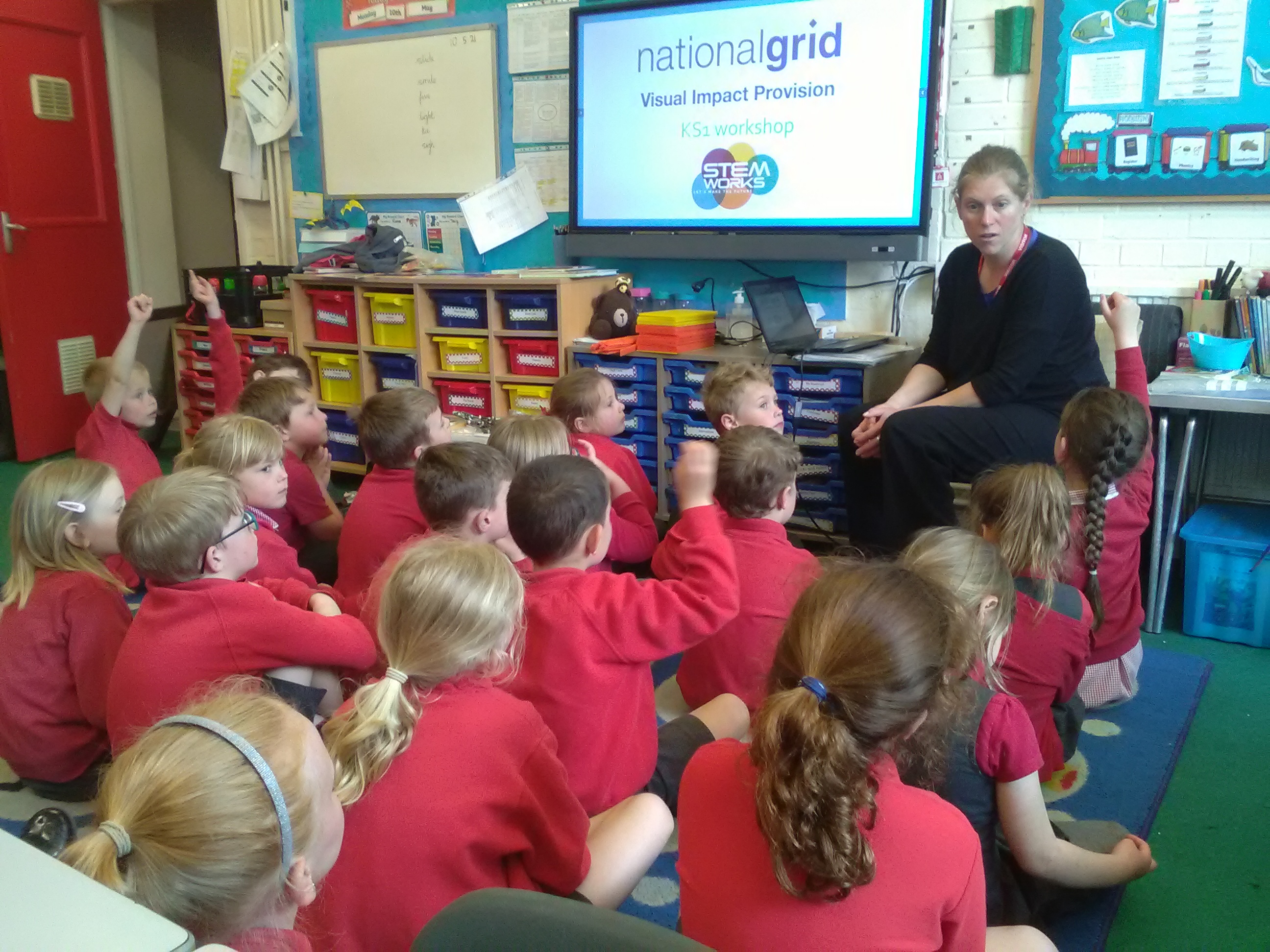 Sparking passion in Dorset’s next generation of budding engineers

Dorset school children have had their eyes opened to a career in engineering through a series of interactive workshops organised by National Grid that are aimed at sparking a passion in science, technology, engineering and maths (STEM) subjects.

Local students were recently given the chance to learn more about electricity generation as part of an educational programme designed to bring engineering life.

Taking part were a mix of pupils in Key Stages 1 and 2 from local schools including:

All of the sessions were run by STEMworks, an educational not-for-profit organisation, which saw the children enthusiastically getting stuck into tasks such as building their own electric bedroom door buzzers and buzz wire games.

They also had an opportunity to hear about National Grid’s fascinating engineering work currently being carried out on the nearby Going Underground* project in Dorset.

The Going Underground project will replace 22 pylons and 8.8km of wires with underground cables near the villages of Winterbourne Abbas, Winterbourne Steepleton, Martinstown and Friar Waddon, transforming the views of the Dorset Area of Outstanding Natural Beauty (AONB). It’s one of the first projects in the world to remove existing high-voltage electricity transmission infrastructure solely to enhance the landscape.

National Grid project engineer, Aimee Tavana, said: “The Going Underground project is a world-first project, and the local community has played an important role in shaping and supporting this scheme.

“It was fantastic to see so much excitement about the project and enthusiasm for the activities from the schoolchildren during the workshops.  We really hope we’ve been able to spark some ideas and encourage them to consider engineering as a great career in the future.”

Philippa Austin, KS2 teacher at Winterbourne Valley CE VA First School, said: “The children were really engaged throughout the session and surprised themselves with their ability to produce their bedroom door buzzers. The STEMworks team was fantastic at explaining the concepts that they needed to understand as well as making the session fun and relevant.”

STEMworks aims to bring together STEM businesses and education to encourage the next generation to become passionate about science, technology, engineering and mathematics. The sessions support the National Curriculum and are offered at no cost to schools.

Going Underground is part of National Grid’s Visual Impact Provision (VIP) project, which is a national stakeholder-led programme to reduce the visual impact of existing high voltage power lines in Areas of Outstanding Natural Beauty and National Parks across England and Wales.