To celebrate International Women in Engineering Day (INWED), we’ve asked six of our women engineers a series of questions about how engineering affects their lives and careers, as well as their thoughts on future innovation.

Ami is an Electrical Planning and Design Engineer.

On becoming and being an engineer:

What inspired you to become an engineer?

I’ve always had a mind for math and science – I think that came from my dad, who is an engineer and would do science experiments with us in the kitchen. In high school, I learned more about the climate crisis and realized it would take a big collective effort to even put a dent in what we are looking to face in the decades to come. I wanted to be a part of the solution, which got me into the energy field. Starting college I was largely still undecided, but I realized I loved the problem-solving and creativity that came with engineering so I stuck with it.

What barriers (if any) have you encountered in your career?

Rarely are people malicious in their interactions with a female engineer, but often they will say something that proves they look at you differently than others. Starting this job right out of college, I was compared to people’s daughters, given the pink hard hat and even called 'little girl'. I look young, but I know this wasn’t happening to my male counterparts. Luckily, the micro-aggressions are few and far between and don’t come from those I work closely with, or anyone who has much power to influence my career path. I’ve learned to put them aside and understand that they come from people just looking to relate to me – albeit not in the right way.

What’s the one piece of advice you’d give to potential future women in engineering?

The best and most encouraging advice I’ve received is don’t try to be 'one of the boys' to fit in. Be yourself. Women acting like men only increases diversity on paper. To really increase diversity, we need diversity of thought, actions and skills. Bring your whole self to the table. 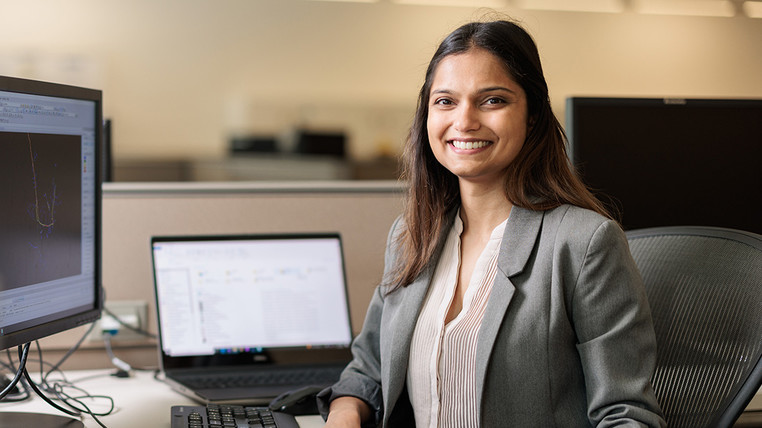 On working in the energy industry:

How do you think being a woman engineer has shaped your career experience so far?

My career trajectory has been viewed by others as more of a management path rather than a technical path. I think it is because women in general tend to have better interpersonal skills and finally are being seen as suited for people management, which is great. At the same time, if I did want to pursue a technical path I might have had to prove myself more as a woman.

What has surprised you most about working in engineering?

How much there is still left to learn after you graduate. Computers are around to do the complex math and physics you learned in school, but you are around to ask the right questions to those systems. There are so many different types of engineering, so knowledge becomes very specialized to your job. The learning curve was steep and you continue to learn no matter how long you’ve been working.

How is your work changing the industry for the better?

The utility space has become the driver for a lot of green energy initiatives. As the middleman between the power generation sites and the customer, we have the unique ability to influence both electricity sources and electricity use. As a planning engineer, I make sure we can accommodate the electric demand we hope to see in the near future with increased reliance on heat pumps and electric cars and decreased reliance on fossil fuels for heat and transportation. I also work directly with solar and battery customers to integrate their projects into the system.

On a more personal level:

Has your job influenced how you approach other areas of your life?

National Grid has a huge safety culture and the company aims for it to not just apply to active field work, but to also permeate into our everyday lives. There are definitely some 'safe' actions (i.e. back-in parking) that I take every day that I wouldn’t even have considered if I didn’t hear about it every day at work.

What qualities do you have that make you good at what you do?

I think a lot of the things that make me good at what I do I’ve learned on the job. At first, I remember having trouble learning new systems and juggling many projects at once, but I’ve improved a lot on these vital skills during my five years here. Having the confidence that I could figure it out is what saved me in those first few years. Analytical and problem-solving skills have also really helped, along with being organized and detail-oriented.

Did you have an engineering role model that inspired you?

My dad is a mechanical engineer. He wanted me to be an architect but I wanted to be rebellious and follow my dreams. So instead I followed in his footsteps … I wasn’t very good at being rebellious. He would always help my sister and I with math, even when things got pretty advanced. At the time I took it for granted but now, thinking about how little I remember from even college (which was only five years ago), I’m amazed at how much he was able to pick right up on whatever we were learning and teach it back to me.

On innovation and the future of engineering:

What innovative technologies or advances in engineering do you find most exciting?

I’m very excited for all-electric self-driving cars. I think once they are commonplace and can talk to each other, we’ll see a huge decrease in traffic and accidents. Idling cars in traffic contribute to so many unnecessary greenhouse gas emissions. It will be great to eliminate those polluting sources. I enjoy driving, but it’s something I’m happy to give up for the sake of the environment, safety, and a huge decrease in commuting stress.

What are you working on, or have worked on, that is considered innovative?

National Grid is pursuing ways to modernize the 100+ year-old electric grid with real-time responsive devices and advanced algorithms. The Distribution Planning team works on incorporating these new ideas into our existing infrastructure and making sure the customers see a benefit at the end. Personally, I have worked on developing capacitor placements to reduce the reactive power demand on the system, therefore reducing the power that is 'wasted' during the power delivery process. 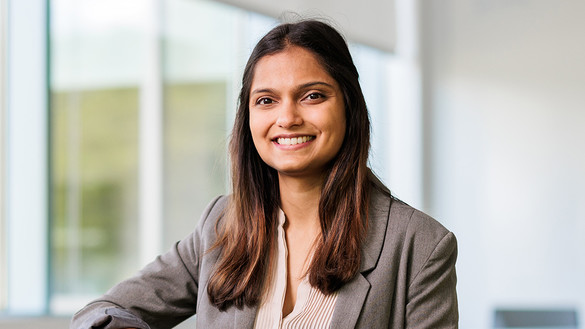