Growing up in Zimbabwe and witnessing how vital electricity was to daily life inspired Senamiso to choose a career in the energy sector. She was selected as one of the Women’s Engineering Society’s Top 50 Women Engineers 2020.

I grew up in Zimbabwe and that’s where I was inspired to become an engineer working in electricity. My childhood friend’s father was an engineer at a local power station and that first gave me an understanding of the value of electricity and the difference it makes to people’s lives. I knew from then that I wanted to be part of making sure the lights stayed on.

I studied engineering at the University of Zimbabwe and, after I graduated, I got a job working in telecommunications. Although I enjoyed that, my passion was always electricity. So, when the opportunity came, I applied to the power company in Zimbabwe and started my engineering training in 2004.

Switching on a new career

After finishing my training, I worked as a maintenance engineer at a power station and then in power system control at the National Control Centre in Zimbabwe. I started to imagine myself operating a bigger, more challenging system and so I began to read up on systems in Europe online.

I saw an advert for power system engineers on the National Grid website and applied, not having much hope of a positive response. To my surprise my application was successful and, after a long interview process, in 2009 I moved to the UK to work for National Grid. Eleven years on, I’m Delivery Manager for our National Control Centre in Warwick.

To succeed in my career, the biggest obstacle I’ve had to overcome is myself and my beliefs. I grew up in a society where it was rude for a woman to talk within a group of men, where it was rude to look at a person in the eye when talking to them and where you didn’t talk back to older people even when they were wrong. This became a real barrier when I came into Western society and all these things were what I was supposed to do to succeed.

It’s been a real battle over the years to grow confidence to speak up and put myself forward. Within the company, I’ve made use of support networks around me and attended self-development courses to learn how to think differently. Although I constantly have to fight the confidence battle, I’m happy to say I’m winning more often than I’m losing and I’m grateful for all the help I’ve had over the years.

Working for National Grid has helped me to develop both personally and professionally. I’ve had opportunities to work across different departments and I also got sponsorship to complete my masters degree in Power Systems Engineering at Bath University in 2016 – an invaluable boost to my career. I’m currently working towards becoming a Chartered Engineer.

A really exciting project I led on recently was the development of new overhead power lines across Yorkshire, which are planned to connect in 2027. This will help increase capacity for power flows from Scotland, where a large amount of renewable generation is connected, to the southern parts of England where most of the demand is. 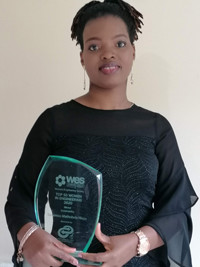 This is part of several future new infrastructure connections necessary on the grid as we move towards low carbon generation. It’s an exciting time of change and innovation at the moment in the energy field.

It’s such an honour to be counted among the Women’s Engineering Society’s #WE50 Top 50 women in engineering for 2020. It means even more because the theme for this year is sustainability, a subject I’m so passionate about. It’s an immense achievement that I’m very proud of and I’m very grateful to a colleague, Kirsty McDermott, who made the list last year and believed enough in me to nominate me.

I hope this inspires a little girl somewhere to believe in themselves and chase their dreams.

I was also proud when I achieved authorisation as a Control Engineer and became the first ever female Control Engineer in the TNCC (Transmission National Control Centre). It meant a lot, as it was the culmination of several years of hard work while juggling parental duties with two young children.

I hope this inspires a little girl somewhere to believe in themselves and chase their dreams. 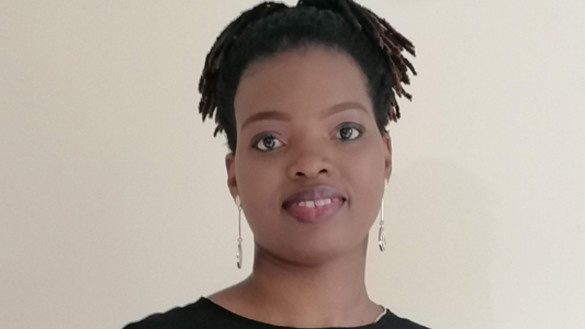