Patricia talks about overcoming stereotypes, her two decades working in engineering and the extraordinary health story that’s her proudest achievement.

As a child, I wanted to be in the military and also to become an Olympic diver. I was really drawn to male-dominated jobs. I was told many times growing up that I couldn’t do this or that, simply because I was a girl. I was even asked ‘why would you want to do that? Wouldn’t you want a nicer job that you don’t get dirty in?’ Whenever anyone did that, it just infuriated me and made me want to prove them wrong.

From business to engineering

I was going through a divorce and had owned a business with my soon-to-be ex-husband. I couldn’t get a job in the industry we worked in because it was a very tight community, so I had to find a new career. I met someone who worked for Brooklyn Union Gas who told me about some positions available, so I applied. That was in 1998.

I’ve been very lucky in my career, having been mentored by some of the best people in the company, be it Brooklyn Union Gas, Keyspan or National Grid. I started as a Damage Prevention Inspector, then moved to the construction department installing and repairing gas services and mains. I did that for about four years, then moved over to the leaks side of the business.

Having to earn those wings

Trust me when I tell you that I had to earn my wings. The guys were looking for me to make one wrong move to say that I couldn’t hack it. I started late in life compared to the others in the group. A lot of them were anywhere from five to ten years’ younger than me and had already been doing the job for a couple of years.

The old timers in this job took me under their wings and made sure I learned as much as I could, even if I was physically and mentally drained.

They really pushed me and would not accept less from me. I also had some of the management take me under their wing as well and man did they push me too! It was the best thing they could have done for me. This has resonated throughout my entire career.

They really pushed me ... It was the best thing they could have done for me. This has resonated throughout my entire career.

After this, I went into management and stayed within operations in several positions. I’m now in Complex Construction, which involves managing contractors' work to ensure our safety and operational procedures are properly followed, and have been doing this for just over two years.

My proudest achievement, personally, would be being part of an eight-way living kidney exchange. My mother needed a kidney transplant and I didn’t match her, so I was asked if I would be interested in giving my kidney to a stranger to guarantee my mother a matching kidney.

I feel like I actually make a difference in what I do.

The proudest achievement I have professionally is how far I’ve come within the company and what I have learned and continue to learn. I feel like I actually make a difference in what I do.

Women in general bring a different perspective into any male-dominated business. We just innately look at and approach things differently, more analytically. I also feel that, being a woman in a male-dominated role, we tend to be judged more than a man so we naturally strive to do that much better.

It’s not easy, be it for a man or a woman, especially in the field. It’s very rewarding, but you need to be willing to put in the time and energy to succeed. Keep your head high. Believe in yourself even when times get tough, which they will. It will all eventually pay off.

I’ve been doing this for 21 years and every day I learn something new.

I’ve been doing this for 21 years and every day I learn something new. I’ve met some really inspiring individuals. 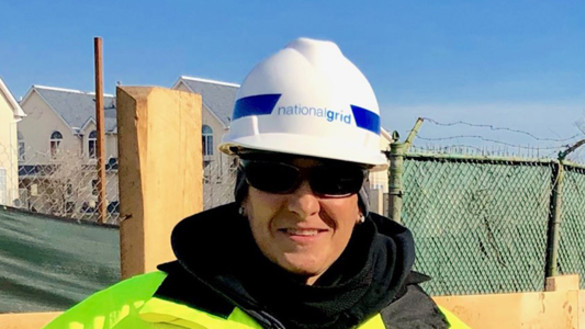