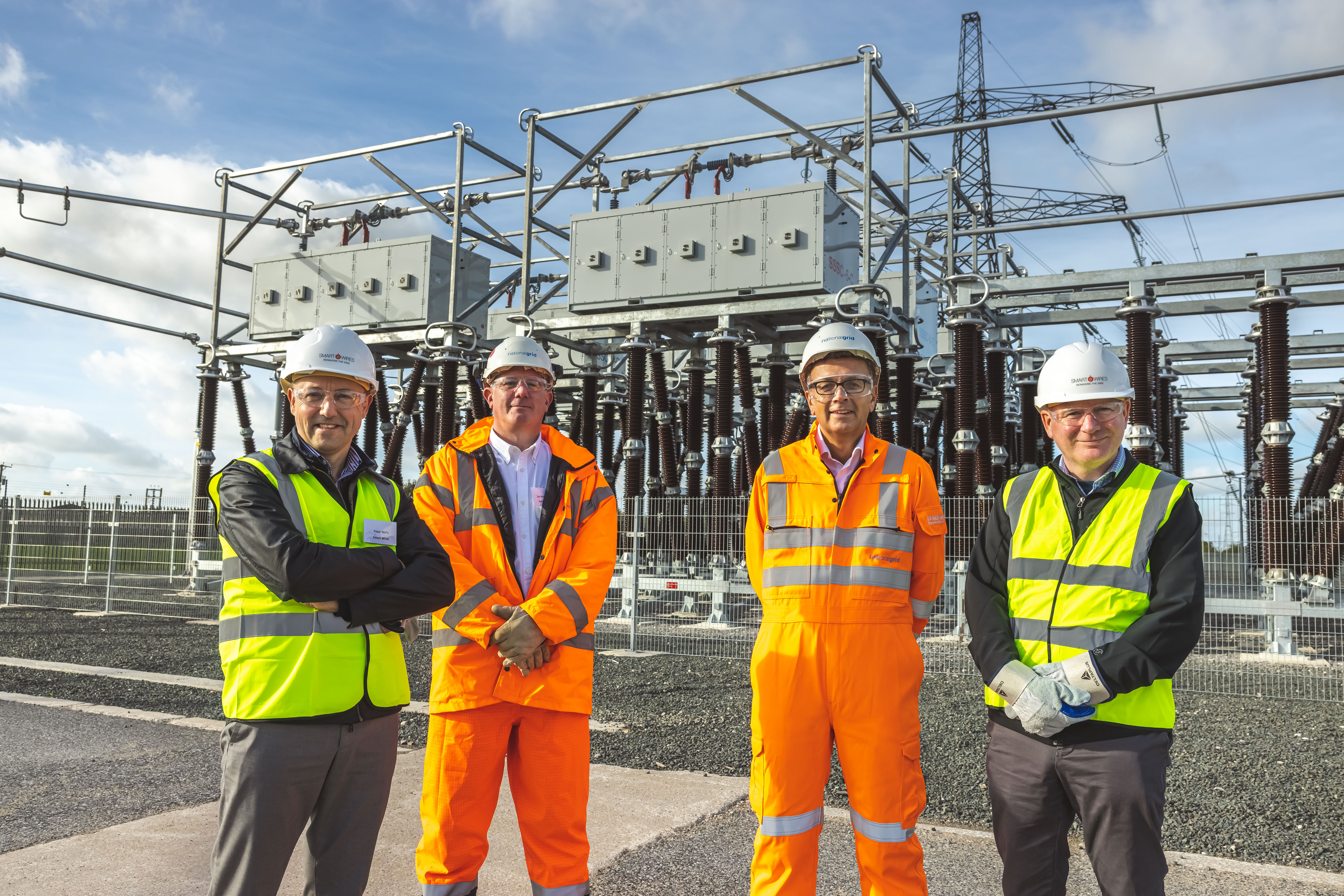 National Grid Electricity Transmission (NGET) is expanding the use of transformational power flow control technology – building on the successful installations of the world’s first large scale use of the technology on its UK network earlier this year.

NGET owns the cables and substations that form the electricity transmission system in England and Wales and is using innovative new technology to make the most of its network, avoiding the need to build new infrastructure and contributing to the UK’s net zero ambitions.

More renewables connecting to the network, the phasing out of fossil fuel generation and electrification of transport are changing the way power flows across the UK. This means that circuits become unequally loaded, causing overloads of some circuits that limits the capacity of the entire network.

By using modular power flow control technology, NGET can remove bottlenecks and unlock unused capacity on the existing network. NGET has already installed 48 SmartValves across five circuits at three of its substations in the North of England, creating 1.5 GW of extra capacity; enough to power one million UK homes with renewable energy.

With the increasing volume of renewable generation seeking to connect to the network, NGET sees a pressing need for even more capacity in the area in 2022. By scaling up the initial SmartValve deployments near Harker and Penwortham, NGET can unlock extra capacity on the existing circuits, and ultimately transfer more renewable power to its customers in a timely and cost-effective way.

The modular nature of the technology means that new SmartValves can be easily added to the existing projects, and installed devices can be moved between sites depending on the capability required on each circuit at any point in time.

The deployment design is optimised for scaling up or down the project size, meaning that expanding the project is possible within the existing site footprint. This enables faster installation timeframes, minimizes additional site works and costs, and avoids disruption to local communities and the environment.

Zac Richardson, Director of New Infrastructure said: “At NGET we’re committed to finding new ways to make the most of our existing network, delivering a cleaner, fairer and more affordable energy system that serves everyone.”

“Our Smart Wires project is using new technology at substations in the North of England to unlock extra capacity, allowing greater volumes of renewable power to be efficiently transferred to customers.”

“By expanding the initial SmartValve projects in line with the evolving needs of our network, we’re looking at delivering a further 500 MW of capacity - enough to power more than 300,000 homes -  enabling us to release extra capacity quickly and without the need for new, costly infrastructure projects.”

Michael Walsh, Chief Commercial Officer at Smart Wires, said: “We are delighted to collaborate with NGET and our project partner Omexom on this portfolio of projects which leverages the true flexibility, redeployability and scalability of our technology to help decarbonise the UK electricity grid”

The expansion of projects will be completed in 2022.