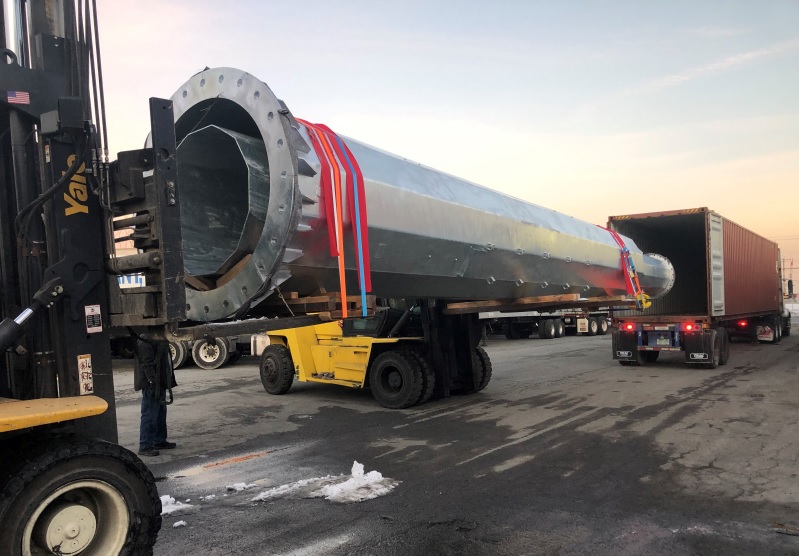 The project will help alleviate electricity bottlenecks and allow for greater use of clean energy produced upstate, while also improving grid resiliency and storm hardening.

Following the recent receipt of State approvals, New York Transco, which is part-owned by National Grid Ventures, today commenced construction on the first phase of the New York Energy Solution electric transmission project, as announced in a press release by Governor Andrew M. Cuomo. Construction activities will commence at the Churchtown Switching Station in Claverack, Columbia County. The first phase of construction includes the installation of a temporary bypass electric line and rebuilding of the existing Churchtown Switching Station. Phase II work, which comprises all other aspects of the project, was recently filed for regulatory review.

The New York Energy Solution transmission project, owned by New York Transco, will help alleviate electricity bottlenecks that currently exist and allow for greater use of clean energy produced upstate, while also improving grid resiliency and storm hardening. It will upgrade and replace existing 80-year-old structures with about 230 fewer, more modern structures. The project will be in existing electric transmission corridors or on adjacent utility-owned land in the Town of Schodack in Rensselaer County; the Towns of Stuyvesant, Stockport, Ghent, Claverack, Livingston, Gallatin, and Clermont in Columbia County; and the Towns of Milan, Clinton, and Pleasant Valley in Dutchess County. The project is anticipated to be in-service by the end of 2023.

In a press release, New York Transco President Victor Mullin said, “We are very excited to begin construction of this historic project and thank Governor Cuomo for his vision and dedication to bolster New York State's transmission network. We also greatly appreciate all the time, effort and coordination with the local communities to get this project to this major milestone.”

New York Transco said the project will work with the International Brotherhood of Electrical Workers (IBEW) to use skilled union workers to replace and upgrade existing transmission infrastructure in portions of Rensselaer, Columbia, and Dutchess counties. When completed, the project will help relieve transmission system congestion and facilitate a more efficient and reliable flow of renewable energy from upstate resources to customers.

More information on today’s news can be found in the press release issued by Governor Cuomo here and on the New York Energy Solution website at www.NY-ES.com.