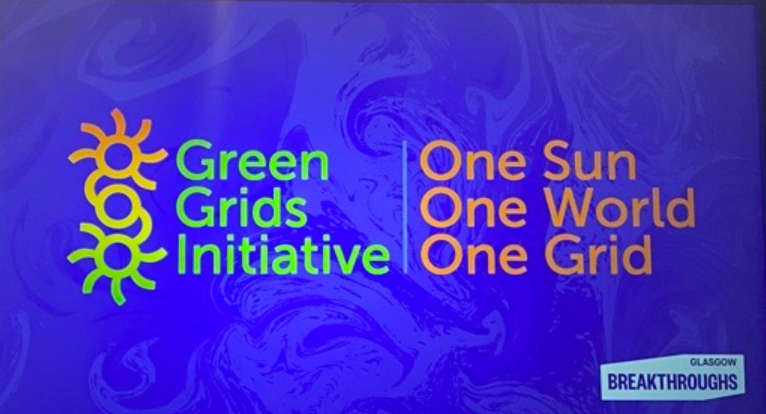 Prime Minister Boris Johnson and Prime Minister Narendra Modi jointly launched the Green Grids Initiative – One Sun One World One Grid (GGI-OSOWOG) at the World Leaders Summit today to accelerate the development and deployment of interconnected electricity grids across continents, countries and communities. The initiative will seek to harness the full potential of renewable resources globally through much greater interconnection of electricity grids to transport the electricity generated to areas that need it.

The expansion and modernisation of electricity grids are crucial to supporting universal sustainable energy access and unlocking new renewable energy potential as part of the global push to realise the clean energy transition. The GGI-OSOWOG will help make this happen, by bringing together a global coalition of energy grid stakeholders, including governments and businesses, to accelerate the expansion of energy grids across regions and continents and create the foundations for universal access to sustainable energy.

National Grid, a Principal Partner for COP26, is playing a leading role in the initiative and supporting the  secretariat alongside the UK Government.

Launching GGI-OSOWOG at the World Leaders Summit at COP26 in Glasgow today, UK Prime Minister Boris Johnson said: “The UK is working hand in hand with our friends in India to transform the future of the power sector and ensure clean and reliable electricity is accessible everywhere by the end of this decade.

“It’s fantastic that over 80 countries have backed our newly launched Green Grids Initiative, whose collaboration will not only see greater growth, jobs and investment in our global green future, but also make sure no one is left without access to energy.”

India Prime Minister Narendra Modi, said: “The One Sun One World One Grid and Green Grids Initiative is an idea whose time has come. If the world has to move to a clean and green future, these interconnected transnational grids are going to be critical solutions. I congratulate the International Solar Alliance and the UK COP Presidency for bringing it nearer to implementation.”

John Pettigrew, CEO of National Grid, said: “We have a vision to create electricity grids that are interconnected to deliver a huge scale-up of secure, reliable and affordable power. Today’s announcement is ambitious but by investing in new infrastructure we can help to underpin and accelerate decarbonisation across the world, ensuring no one is left behind in the transition.”

By co-ordinating and mobilising investment and technical assistance in green grids globally, the initiative is designed to accelerate the scale-up of renewable energy. It will also support new ways of exchanging knowledge and experience, such as through peer-to-peer networks; accelerate research, development and demonstration cooperation.

Following the launch today, National Grid will host a Showcase Event on Thursday 4 November with senior energy ministers from across the globe. The event, featured as part of Energy Day at COP26, will include Jonathan Brearley, Chief Executive of Ofgem, recognising the role in regulators to facilitate drive to net zero. It will also feature a showcase of leading projects and initiatives from partner organisations and a deep dive into the global opportunities and benefits of the GGI-OSOWOG.

As well as joining the secretariat, National Grid will continue to work together with the COP26 Presidency to provide global peer to peer electricity network support to countries developing their network decarbonisation plans including South Africa, Indonesia, Laos, Philippines and Vietnam.