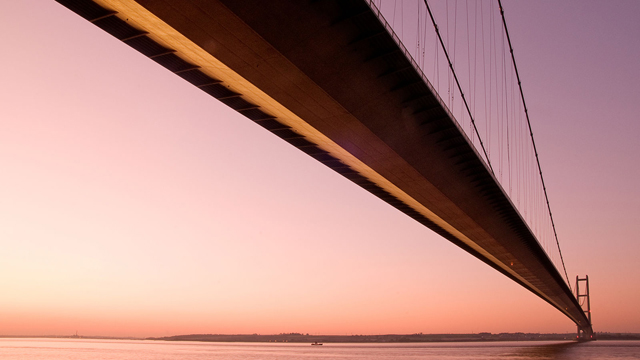 A collaboration between Northern Endurance Partnership (NEP), Net Zero Teesside and Zero Carbon Humber, the East Coast Cluster stands ready to support the UK’s journey to net zero by enabling deep decarbonisation of industry and power across the Humber and Teesside.

Infrastructure developed by NEP – which comprises BP, Equinor, Eni, National Grid, Shell and Total – will transport and securely store emissions from Humber and Teesside, which account for nearly 50% of CO2 emissions from all UK industrial clusters.

NEP has submitted a bid, supported by major energy and industrial companies, to the Department for Business, Energy & Industrial Strategy’s (BEIS) cluster sequencing for carbon capture, usage and storage (CCUS) deployment process. The bid is on behalf of the East Coast Cluster, a collaboration between leading companies from across Teesside and the Humber, which aims to advance the government’s world-leading ambition to establish the first ‘net zero’ carbon industrial cluster in the UK by 2040. These two regions account for nearly 50% of all UK industrial cluster emissions.

By decarbonising such a substantial part of the country’s industrial heartlands, the East Coast Cluster plans to support the UK’s leadership in the energy transition and the emerging global low-carbon and hydrogen markets. The project aims to play a major role in levelling up across the country, with the potential to support an average of more than 25,000 jobs a year between 2023 and 20501.

Andy Benjamin, Director of CCUS, National Grid Ventures, said: “The East Coast Cluster offers the scale and diversity to protect and create tens of thousands of jobs across the Humber and Teesside for decades to come, while building a solid foundation to re-establish the region as a globally competitive, climate-friendly hub for industry and innovation.”

“Hundreds of thousands of jobs have relied on the industries that have grown in these regions and the East Coast Cluster, by decarbonising hard-to-abate industries, aims to keep it that way while developing a platform for UK industry to compete on a global scale.”

NEP is developing the common offshore infrastructure that will transport CO2 from industrial emitters in these regions – most of which are Net Zero Teesside and Zero Carbon Humber projects – to secure offshore storage in the Endurance aquifer in the Southern North Sea. Feasibility work on these projects is being co-funded by the UK’s innovation agency, Innovate UK.

In the Queen’s Speech in May 2021, the Government emphasised the importance of levelling-up the UK’s regions. Taking the East Coast Cluster forward is an opportunity to protect many thousands of existing jobs across Teesside and the Humber, creating thousands of new STEM-based jobs and underpinning new low-carbon industries in the north of England. The East Coast Cluster aims to bring together communities, business, industry and academia to deliver the CCUS infrastructure needed to decarbonise these key industrial regions of the UK.

Grete Tveit, Senior Vice President for Low Carbon Solutions at Equinor, which is a partner of ZCH, NZT and NEP, commented: “CCUS and hydrogen are both crucial technologies for reaching the goals of the Paris Agreement. To deliver them at scale and create real change, we need collaboration like never before. And this is what we are doing with our bid to create the East Coast Cluster; working with our partners in the Humber, Teesside and the Northern Endurance Partnership. We can deliver deep decarbonisation of these major industrial regions and help the UK’s journey to net zero, safeguard jobs and develop world-leading industries.”

Dev Sanyal, Executive Vice President of Gas and Low Carbon Energy at BP, said: “The NEP, with BP leading as operator, is a partnership of extensive expertise and experience in the delivery and operation of onshore and offshore energy infrastructure. With world-class partners across Teesside and the Humber, we have an opportunity to decarbonise this key industrial heartland and enable the UK’s Ten Point Plan for a Green Industrial Revolution.”

Ben Houchen, Tees Valley Mayor, said: “The success of this project is not only crucial for achieving net zero, but also a way of ensuring good-quality, well-paid jobs are supported across Teesside, Darlington and Hartlepool for generations to come.

“The Net Zero Teesside project, which is joining other clean energy initiatives at Teesworks, will position our region as a leader in innovation and the sector. I’m pleased that we can work with our neighbours in the Humber to deliver an even more positive impact for the whole UK.”

Emma Hardy, MP for Hull West and Hessle, said: “In the Humber we have many world-leading industries that are looking to cut their emissions to remain competitive in the transition to net zero. The collaboration between the Humber and Teesside in the East Coast Cluster will futureproof both industrial regions, tackle half of the UK’s cluster emissions and create new, high-skill, low-carbon jobs for our people.

“Progressing the East Coast Cluster would show the UK is backing its climate ambitions with actions."

1Research conducted by reputed economics consultancy which led on the Energy Innovation Needs Assessment for BEIS.