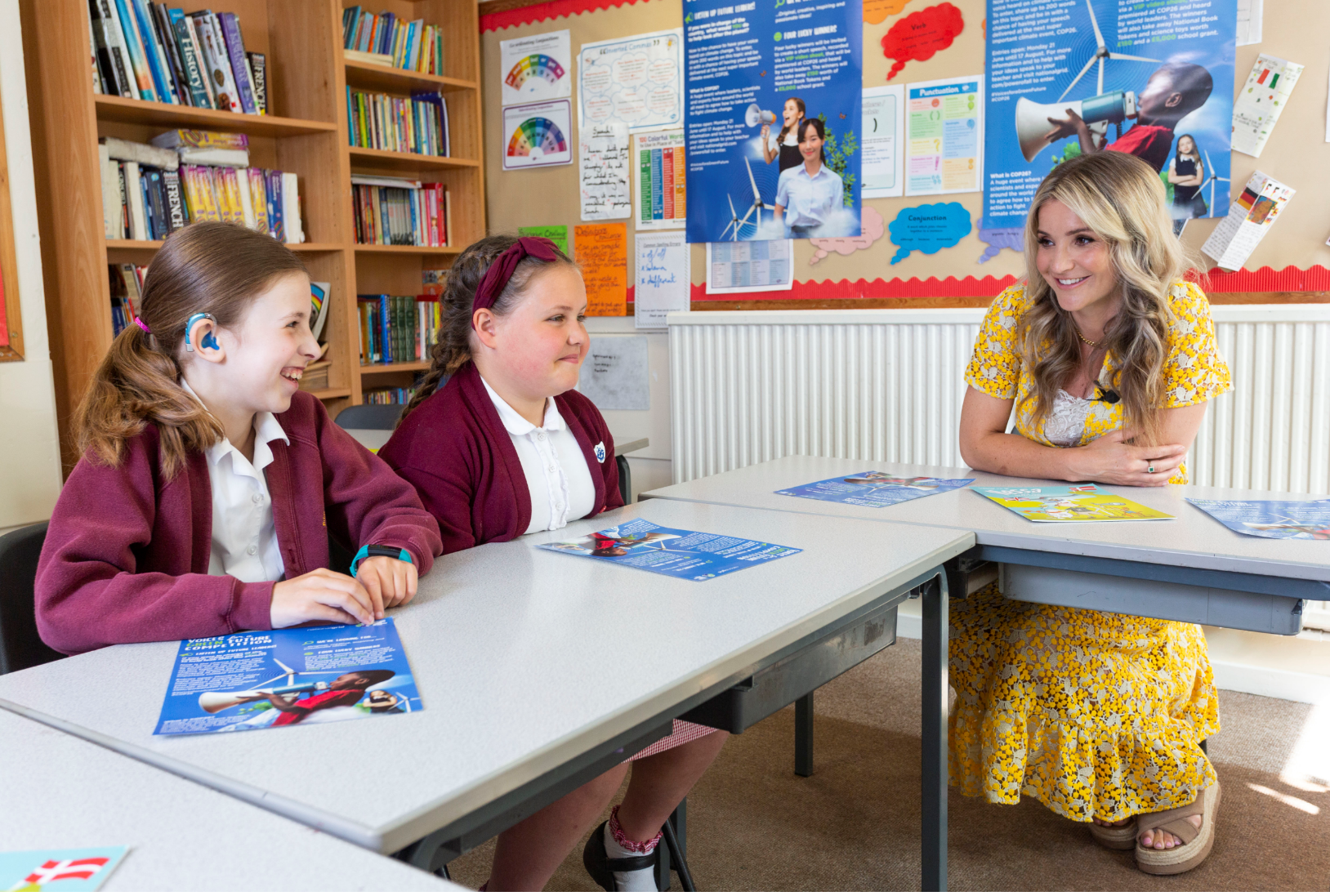 Children lead the way to a green future as 80 per cent of kids aged 7-16 believe it is their responsibility to look after the environment.

National Grid launches nationwide competition to give children a voice on climate change.

When they grow up, British kids say they will recycle more (53%), use less plastic (50%), switch lights off (49%), walk or cycle instead of driving (37%) and buy an electric car (35%), all to protect the planet. However, 83 per cent worry that grown-ups aren’t doing enough to protect the environment and 62 per cent are concerned that by the time they grow up, it will be too late to fix the crisis.

Encouragingly over half of children (54%) believe that their eco-friendly actions can make a difference to climate change which may be why just under half (49%) of youngsters have scorned their parents for their ‘un-green’ ways. These include leaving lights on unnecessarily (46 per cent), buying fast fashion (36 per cent), and driving a ‘gas guzzler’ (32 per cent).

The study also found 85 per cent of children admit to worrying about the future of the planet, causing a third (31%) to have nightmares about climate change – up 12 per cent from a similar survey in 2020. This may be why a quarter (25 per cent) of UK kids would like to see their own schools up their game by recycling more (46 per cent), using electric school buses (41 per cent), and planting more trees and flowers in grounds (39 per cent).

To give young people a platform on this issue and have their voices heard, National Grid, a Principal Partner for COP26, has launched the ‘Voices for a Green Future’ competition, calling on kids aged 7-15 in school years 3-10 to share 200 words on what they would do to look after the planet if they were in charge of the country. Four lucky winners will be invited to create a two-to-five-minute speech, receiving a VIP video shoot with a professional videographer to turn their ideas into a film that will be premiered at COP26 in front of world leaders. The winners will also secure a £5,000 grant for their school to put towards initiatives focused on climate change and science, technology, engineering, and mathematics (STEM) and £150 worth of National Book Tokens and science related toys for themselves.

David Wright, Chief Engineer of National Grid and one of the judges of the competition said:
“Climate change impacts us all, but it is our children’s futures that will be most affected by the decisions we make today so it’s vital that their voices are heard. They have a strong understanding of the causes of climate change such as the fuel we put into our cars or the type of energy we use to heat our homes and schools. And as National Grid is at the centre of efforts to get Great Britain to net zero, I’m excited to hear from young people all over the country – they have inspiring ideas and they really can be the energy problem-solvers of tomorrow.”

With a third of children (33%) stating they have ideas to tackle climate change that grown-ups aren’t doing, National Grid turned to the pupils of Primrose Lane Primary School in Leeds to help launch the competition and hear their unique solutions on how they would fix the climate crisis. Their ideas included banning homework because it uses too much electricity and paper, swapping cars for giant trampolines, creating giant zip wires for people to travel about without using fossil fuel and making everyone with a garden plant at least three trees.

The kids demonstrated expert knowledge of the cause and effect of climate change and want to see the UK using more renewable energy sources such as wind, solar and tidal and heavily reducing our plane and car travel.

COP26 President Alok Sharma added: “The role of young people in tackling climate change, one of the greatest challenges of our generation, will be crucial. It requires action from each of us on an individual and collective basis and I’m keen to hear from young people across the country, through National Grid’s Voices for a Green Future competition. I want them to raise their voices so that their interests are heard loud and clear at COP26."

National Grid’s Voices for a Green Future competition opens for entries on Monday 21st June and children and their parents/guardian can enter by visiting www.nationalgrid.com/voicesforagreenfuture.

About Voices for a Green Future competition:

Open from 21st June to 17th August, National Grid is inviting children aged 7-15 years old in school years 3-10 to share 200 words on the question ‘if you were in charge of the country, what would you do to look after the planet?’.

Four winners – two primary, two secondary – will be invited to create a 2 – 5-minute speech, receiving a VIP video shoot with a professional videographer to turn their speech ideas into a film that will be premiered at COP26 in front of world leaders. The winners will also secure a £5,000 grant for their school to put towards initiatives focused on climate change and science, technology, engineering and mathematics (STEM) and £150 worth of National Book Tokens or science related toys for themselves.

Responses will be judged based on their originality, creativity, inspiration power and passion. For full T&Cs, more information and to enter visit www.nationalgrid.com/voicesforagreenfuture.