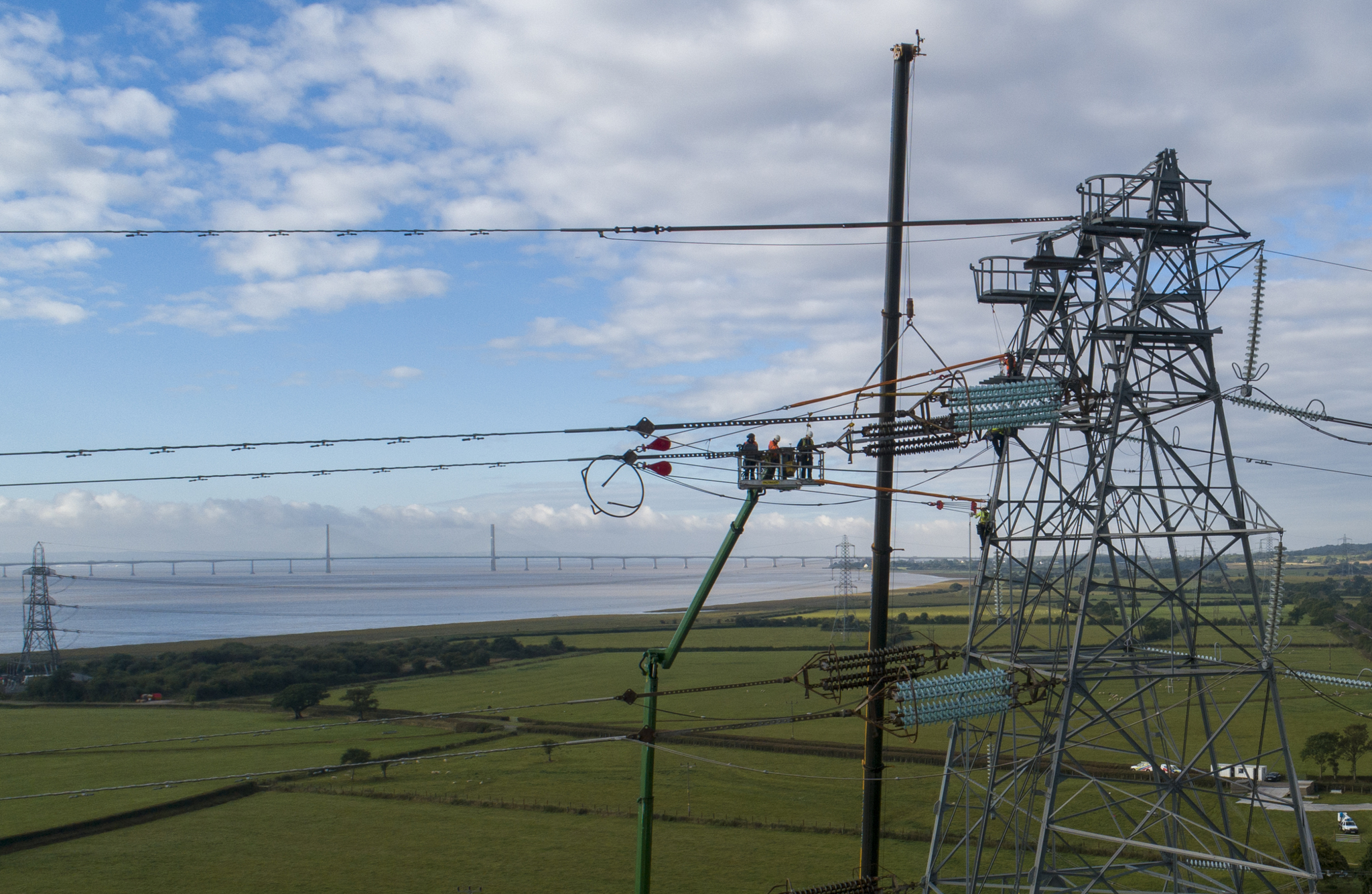 A team of eight engineers have completed vital refurbishment work on one of Britain’s tallest anchor pylons on the Welsh side of the River Severn Crossing near Chepstow. Anchor pylons hold the tension in conductors, which are the wires that carry electricity. These wires span the River Severn, in a route which runs parallel to the old Severn Bridge that carries the M48 motorway. 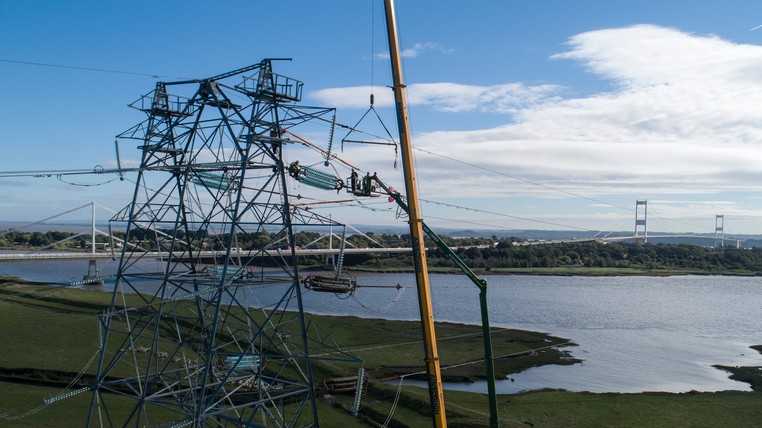 The Severn crossing is the longest overhead line river crossing in the UK, spanning nearly 2.5 miles across the River Wye and River Severn from anchor pylon to anchor pylon.

The river crossing has four pylons in total, two anchor pylons – one on the English side of the River Severn and the other on the Welsh side on the banks of the River Wye. The anchor pylons are constructed in heavy steelwork as they are designed to hold the tension of seven overhead line wires - each pulled to around 24 tons in weight.  The other two pylons, that stand either side of the River Severn are the second tallest in the UK, at around 150 metres, and hold the overhead lines clear of the river below. 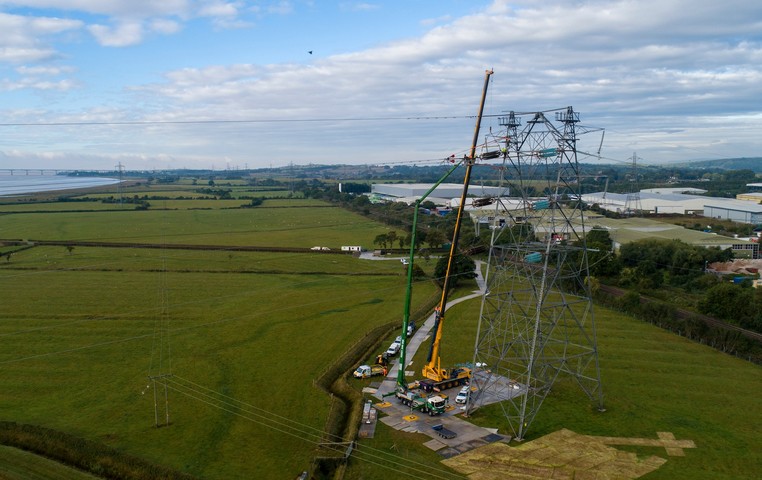 Work to replace the glass insulators on the Welsh side of the river crossing was completed successfully at the end of last week. Insulators maintain the separation between the pylon steelwork and electricity in the overhead power lines, keeping electricity flowing from power stations and renewable energy sources in South Wales.

The unique design and height of power lines on the Severn Crossing, which were installed in the 1950s has involved specialist equipment to hold the tension weight of the overhead lines. A 75m lorry mounted mobile access platform has been used so engineers can access the insulators safely, a 70-metre crane weighing 100 tons has been used to lift the heavy equipment into place.

Gareth Davies, Project Engineer for National Grid’s Overhead Line Team said: “This project is just part of the routine work we do every day to keep the electricity network safe. There are around 22,000 pylons stretching over more than 7700 kilometres of high-voltage overhead lines in National Grid’s network, so we have engineers working round-the-clock making sure we keep the lights on.

The work took five days to complete and was carefully planned for months so the insulators could be replaced quickly and safely without disrupting electricity supplies.” 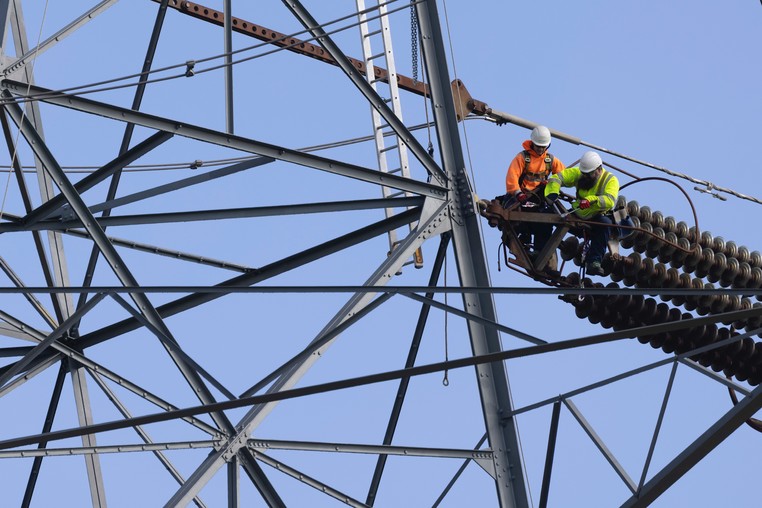 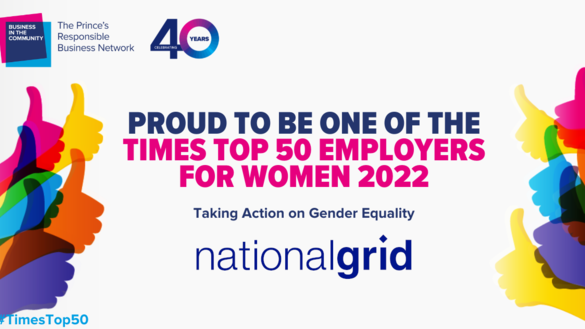 National Grid has been listed as one of The Times Top 50 Employers for Women 2022. The list, published today, celebrates employers who have prioritised gender equality in the workplace.