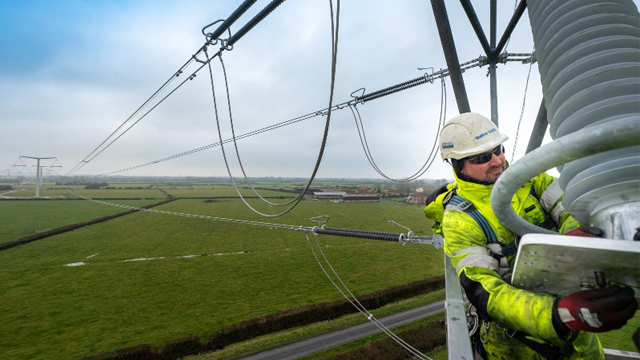 “They’re pylons but not as you know them”

The report by Somerset Correspondent, Ben McGrail provides a visual overview of the project and some key updates on the progress made on the stringing, an engineering term for hanging the wires (conductors) between the unique structures.

48 of the T-pylons have now been constructed between Bridgwater and Loxton in Somerset and engineers have been putting the wires in place that will carry low-carbon energy onto the electricity network.

There will be a total of 116 T-pylons along the route. Construction work has begun on the remaining 68 T-pylons on the northern section of the route between Sandford and Portbury. Those will be completed, including stringing, by 2023.

The Hinkley Connection stretches 57 km from Hinkley Point C to Seabank power station. It's made up of sections of traditional lattice pylons at Shurton and Avonmouth and 116 new T-pylons, with a section of underground cable between Loxton and Sandford, running under the Mendip Hills Area of Outstanding Natural Beauty (AONB).

We aim to leave a positive, lasting legacy with the environment and communities in which we work.

Hollie Allen, Environmental and Sustainability Project Partner, working for our contractor, Balfour Beatty, said: “In everything we do, we aim to leave a positive, lasting legacy with the environment and communities in which we work.

“We’ve done an awful lot of work with protected species. We’ve done a lot with bats and with great crested newts. With the bats, we’ve built this fantastic bat barn which houses four different types of bats. It’s got special entrances for each different kind of bat.

Project Director, James Goode, added: “We’re massively proud that this is happening in Somerset because this is a world’s first.

“We’ve worked with them to think about what electricity looks like. These assets are going to stand for the next 80 years in Somerset so it’s really important we engage with the local community.”

Read the full ITV news article and watch the video footage to see the impressive engineering that goes into building the T-pylons, which will play a key role in supporting the UK’s net zero ambitions by carrying electricity to six million homes across the country.

In a follow-up interview with Claire Carter on BBC Radio Somerset, Senior Project Manager, Steven Haskayne, said: “It’s a really, really big deal – monumental for us. It’s the first new design for overhead electricity lines in over 100 years. They are quite iconic.

“The reason that we’ve installed these new T-Pylons is to reduce the visual impact on the landscape – these are a third shorter than traditional lattice transmission towers. We are also removing lattice towers through the Mendip AONB as well. So, we are very keen on reducing visual impact.

“The footprints of these T-Pylons are much smaller than traditional lattices as well so where these are in farmers’ land they’ve got that land back to graze and use for their cattle.“

Listen to the full interview (from 1:35:10) to hear more about the new T-pylons and the art of stringing. 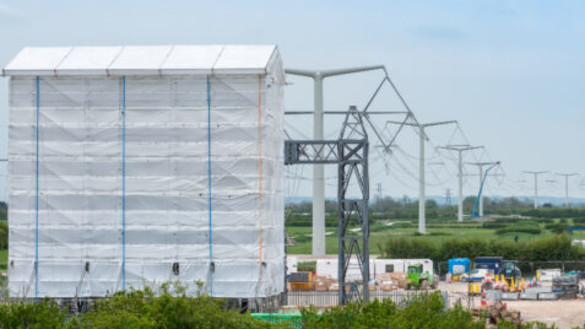