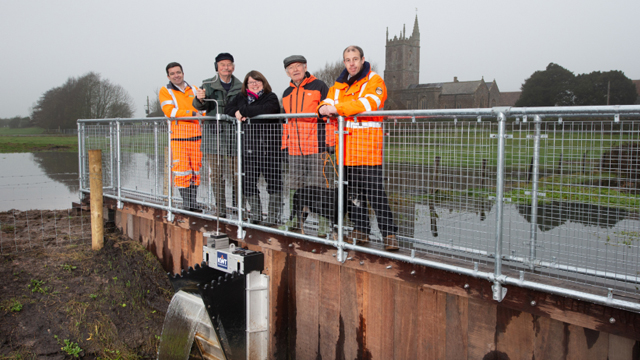 Installation of a new tilting weir

Local partnership tilts the balance for birdlife near Tickenham

National Grid has partnered with a local landowner and Natural England to install a specially-designed tilting weir on Tickenham Moor Site of Special Scientific Interest, near the Causeway between Nailsea and Tickenham.

The weir was built by National Grid’s contractor, J Murphy and Sons, to a Dutch design, with a specific design for this location by Dan Alsop. It will retain and raise water levels in this area of marshy wetland, encouraging wading birds to stay by creating a more reliable feeding and breeding ground.

The idea was proposed during consultation on the Hinkley Connection Project by local resident and North Somerset Conservation Advisor for Natural England Mary Trump, with support from local landowner Stewart Plant and the North Somerset Drainage board.

Following feasibility studies, National Grid and J Murphy and Sons responded by including construction of the weir as part of the project programme. It was operational ahead of the start of work on underground cables between the west end of Nailsea and Portishead substation in January this year.

Mary Trump said: “The wetlands are a precious resource and Natural England was very pleased at how National Grid and J Murphy and Sons worked together to install the tilting weir, which is an impressive feature.

“Unlike traditional sluices, it can be safely and accurately adjusted so we get just the right amount of water to support flora and fauna in this Site of Special Scientific Interest year-round; creating stability for existing wildlife and attracting wintering wildfowl and wading birds. Peat moors like this also assist with carbon capture and flood mitigation.”

Landowner Stewart Plant said: “Seeing the weir being installed has been a fascinating process. It’s a great engineering design, which makes the best use of the marshland during the wetter months, and it’s satisfying to know it will have a positive impact for wildlife”.

Tony Dyas, Lead Project Manager for National Grid, said: “We are working closely with landowners, listening and acting on their feedback all along the 57km route of the Hinkley Connection Project. We are delighted to be able to install this tilting weir to enhance the natural environment for wildlife and for visitors and local residents.” 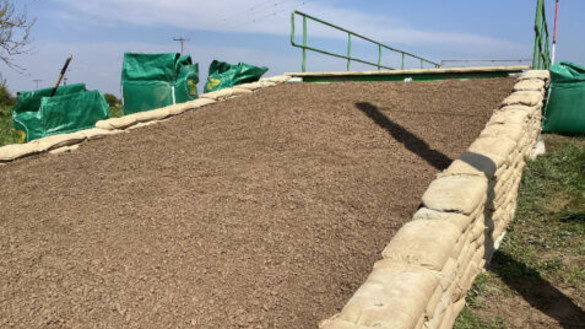