Heralding from a traditional Australian small town with old-fashioned values, Nick Dunn has been on a long journey and not just geographically. His educational route has been one of personal growth, developing a greater understanding of the importance of tolerance and acceptance in a diverse society.

It comes as a surprise to people when I tell them that I’m involved in National Grid’s ‘Pride’ employee resource group. Pride is a network of National Grid employees who support lesbian, gay, bisexual, and transgender (LGBT) colleagues, friends and family. I’m the group’s secretary.

It’s a surprise to people as I’m a heterosexual white guy from a small, traditional town in Australia that has old-fashioned values – not the sort of background you might imagine a member of an LGBT supporters’ network to have.

So, why did I get involved? It stemmed from a visit to the company’s HQ in Warwick, where I saw a Pride event taking place. I was based in the South East at the time, so only tended to visit Warwick for meetings. I didn’t know much about our employee resource groups.

The group’s message, promoting equality and diversity, really chimed with me. Having moved to the UK from Australia, I was living in Oxford, which is rich with diversity. And I have two children, who I want to grow up in a safe, tolerant society – free from prejudice and accepting of all people, no matter their background, colour, sexuality or religion.

I felt that being involved in the group would help my own education on LGBT issues, and that I could help promote their message within the South-East region. I took part in the London Pride march in 2017 and was eventually invited to join the group’s committee. I thought ‘why not?’ As a project and programme manager, I have good organisational skills and other qualities that I thought could help.

It’s not about ‘them and us’, being in a silo, or event thinking you’re special if you’re in a group like this.

As time’s gone on, I’ve really come to appreciate just how much I needed to educate myself on LGBT issues. I became a heterosexual ‘ally’ of the group – and also came to see how important it is for others to follow in my footsteps. It’s not about ‘them and us’, being in a silo, or even thinking you’re special if you’re in a group like this. It’s all about acceptance and just being seen the same as everyone else.

That’s why I’ve been encouraging more people to join the group – because the more who do, the more people will see we’re all the same, just believing in an equal society. Being involved has been good for me too. I’m now more accepting of people’s differences. And differences are great for both the social and working environment, promoting a culture of openness and helping us develop as individuals.

The more I’ve become exposed to diversity in all its forms, the more I’ve grown. If I can pass what I’ve learnt on to the next generation, I’ll be content that I’ve achieved something important. 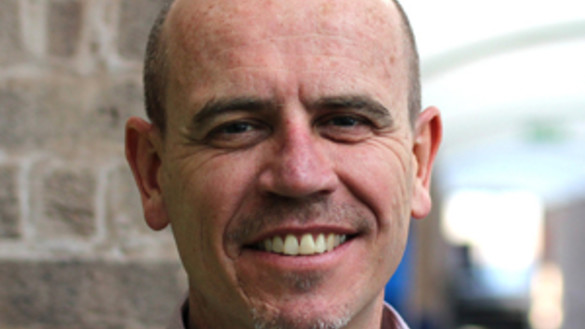