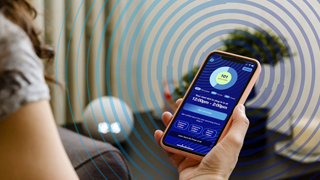 New research from National Grid shows that consumers are looking at how they can be more climate conscious in 2022, with a third (33%) including a commitment to tackle climate change in their New Year’s Resolutions.

Almost three quarters of people (74%) feel that climate change is not a future problem and that it needs to be tackled now. When asked what changes they would make next year to cut their carbon footprint, over half (58%) said they would be more mindful about their electricity use at home.

Other actions include reducing food waste (62%), using less plastic (61%), recycling everything they can (59%), and always turning the light off when they leave the room (57%).

Keeping New Year’s Resolutions past the end of January

New Year’s Resolutions can often fall by the wayside after a few weeks, with less than half (47%) keeping them past the end of January. But there are steps people can take and tools they can use to help keep changes they make for longer.

For over half of consumers (58%), that could be setting a realistic timeframe, 38% said focusing on one thing, and 26% said setting the resolution with someone else like a family member would help. 16% felt technology could help, increasing for young people with over a fifth (22%) of 18-34 years olds opting for tech such as an app or smart device like Amazon Alexa or Google Assistant to monitor efforts and track progress.

For those looking to be more conscious of their electricity use, National Grid’s WhenToPlugIn app for mobile devices and Voice Assistant Skill across Amazon Alexa and Google Assistant enables them to use electricity when it is cleanest, and play their part in the fight against climate change. The free-to-use tools tell them the cleanest times to plug in alongside a full breakdown of the energy sources powering electricity in their region.

Duncan Burt, Chief Sustainability Officer at National Grid, said: “2021 has been a challenging year but also a big year for the climate change agenda and we’ve seen people becoming more engaged and vocal. The research shows that many are considering their day to day behaviours and looking for changes that can tackle this issue. All actions, whether big or small, can make a difference and we hope the tool we’ve developed, along with other carbon cutting apps and technologies, can help people stick to their 2022 resolutions.”

National Grid has released figures showing how many tonnes of carbon could be saved if one million consumers plugged in the most common household appliances when their electricity was cleanest and greenest.

For example, by using tumble dryers, which are very energy intensive, at cleaner and greener times, we could see a huge 164,250 tonnes of carbon saved, which is the equivalent to taking more than 78,000 cars off the road.[1]

Duncan said: “If we all take small steps to fight climate change, together we can have a huge impact on tackling carbon emissions. This issue affects us all, and we want to empower consumers to take action and play their part in helping the planet. By enabling people to access information on when their homes are being powered by clean energy, they can make informed decisions on their electricity use. And ultimately, these small changes will make a significant difference in cutting our collective carbon footprint.”

To download the mobile app, android users can visit: https://play.google.com/store/apps/details?id=com.nationalgridgb.rn and IOS users can visit https://apps.apple.com/gb/app/whentoplugin/id1576815985

To activate the voice assistant skill, on the respective Alexa and Google platforms, simply search for the ‘National Grid’ skill and open by saying ‘Ask National Grid when to plug in’.

[1] Calculated impact if moving to the lowest emission hours and reduced emissions by 100g/kWh CO2.

National Grid is consulting on its plans to reinforce the electricity network between Bramford in Suffolk and Twinstead Tee in Essex. The public consultation will run until Monday 21 March 2022.

2022 will mark a significant milestone with the start on-site of a project to transform a nationally significant Snowdonia landscape that will ultimately remove the overhead electricity line and pylons from across the Dwyryd Estuary.