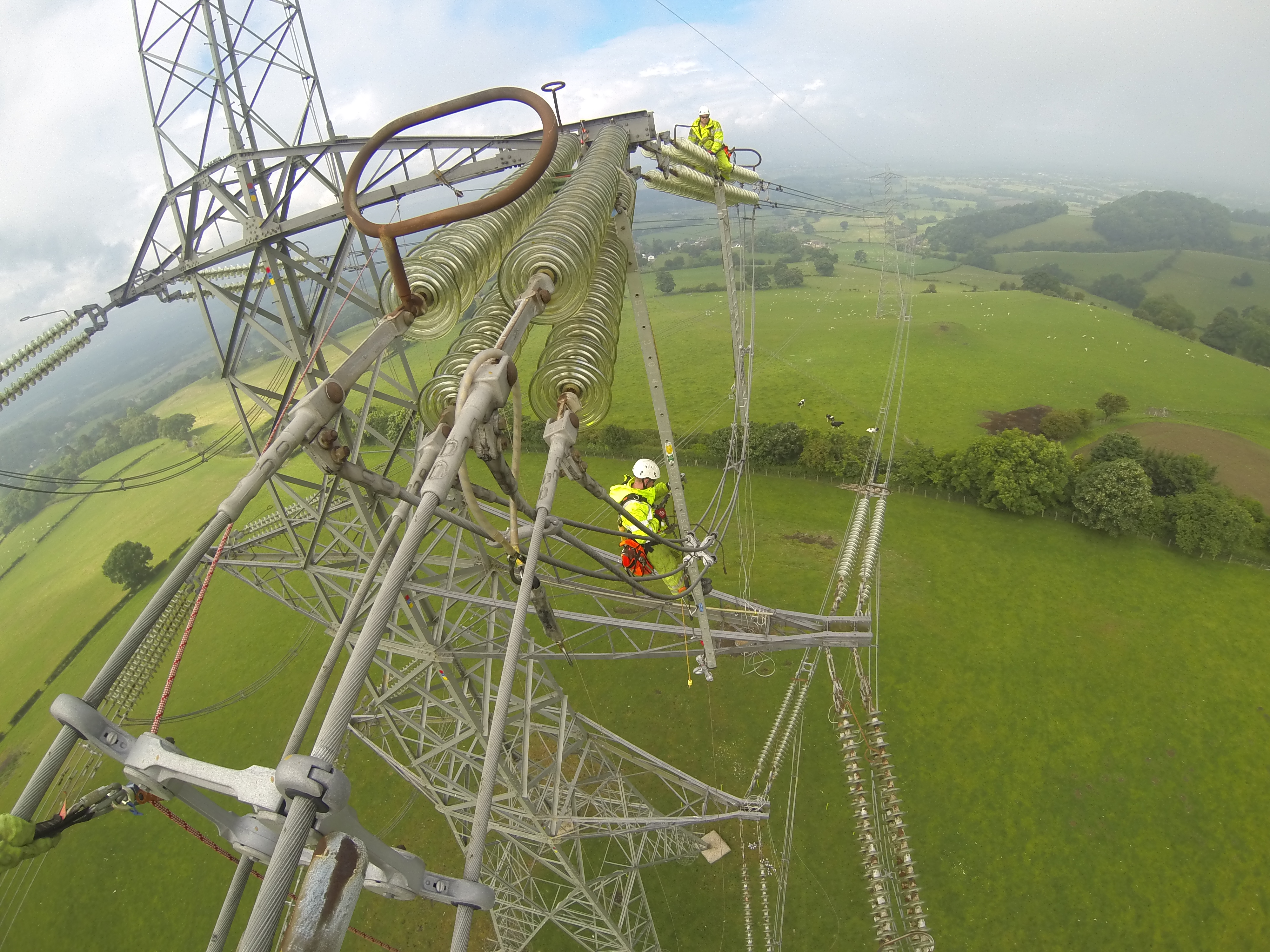 National Grid Electricity Transmission (NGET) has been successful in securing £8.12m of funding from Ofgem’s Network Innovation Competition (NIC) to research the uprating of overhead lines, with the remainder being funded by National Grid.

The RICA (Retro-Insulated Cross-Arms) research project will commence in early 2021 and aims to develop an innovative method for uprating overhead lines, allowing the voltage on 275kV overhead lines to be increased to 400kV. This potentially paves the way for uprating 400kV lines to 550kV in the future.

By removing the suspended insulators on these overhead lines and instead insulating the cross arms, the wires will be held higher and further apart, thereby enabling an increased voltage to be carried.

Uprating lines in this way could allow 45% more power to be carried on some existing routes and support significant reductions in UK CO2 emissions – 39,000 tonnes. This could deliver up to £286m of efficiencies to consumers and with future development, it could open the door to ultra-high voltage networks in the UK.

David Wright, Director of Electricity Transmission, said: “We are super excited about bringing new engineering solutions to deliver the transition to clean energy and meet our environmental challenges. This project demonstrates that the key to success lies in innovation and that National Grid is well placed to deliver on Net Zero.”

Jonathan Brearley, Chief Executive of Ofgem said: “The high level of ambition shown by bidders in this year’s Network Innovation Competition is hugely encouraging and shows the energy industry getting behind the challenge of net zero. The winning projects were those which showed the most potential to make the game-changing leaps in technology we need to build a greener, fairer energy system at the lowest cost to consumers.”