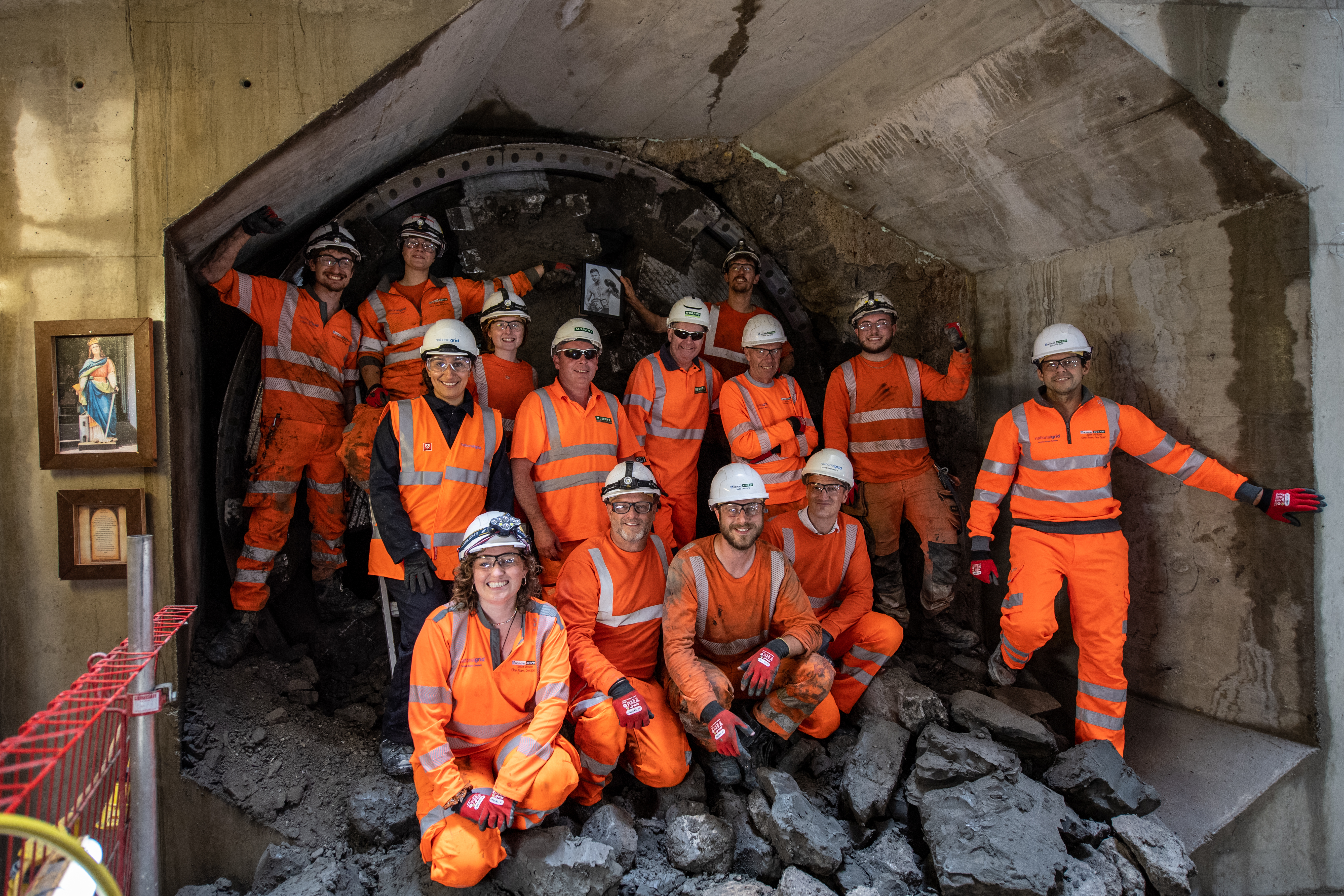 On Friday 22 July, the National Grid team celebrated the latest milestone in our ongoing mission to rewire the capital, as our tunnel boring machine, Caroline, completed her 5.7km journey from Kings Avenue in Lambeth to break through at the London Power Tunnels (LPT) Wimbledon site. This landmark achievement means the northern tunnels, created in the first phase of the project seven years ago, are now connected to those being constructed as part of the second phase in south London. Upon completion, LPT tunnels will run in a 64.5km crescent shape around the capital, from Crayford in Bexley to Hackney, via 14 London boroughs.

Our refurbished tunnel boring machine (TBM) was named after Caroline Murphy, the daughter of John Murphy of Hochtief Murphy Joint Venture (HMJV), our project partners. Caroline broke through in Wimbledon on Friday afternoon following a tough final day in difficult conditions to cover the last 61.1m stretch of ground. Taking into account last month’s breakthrough at Eltham, 18.5km of tunnelling has now been completed in this second phase of the project, with just 14km to go. 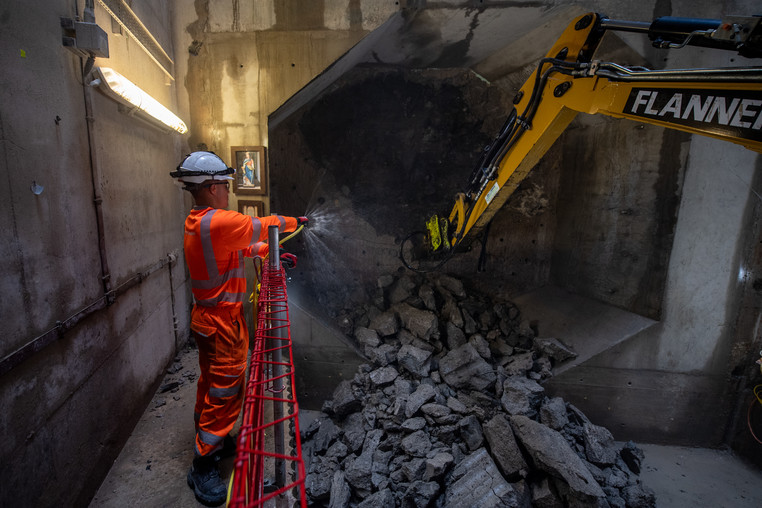 “The breakthrough at Wimbledon represents a huge milestone after years of hard work across London. It is exciting to see the North and South channels of the project coming together and the tunnels truly taking shape. The end is now in sight with tunnelling due to be completed in 2023.

“The team worked tirelessly to make this happen and special thanks must also go to HMJV and Herrenknect, our engineers.”

LPT is a £1bn project to rewire and future-proof London for increasing demand through the construction of underground tunnels to house electrical cables which can be easily replaced and supplemented as the capital grows. LPT will also help provide crucial infrastructure for helping the UK energy sector to reach net-zero targets. 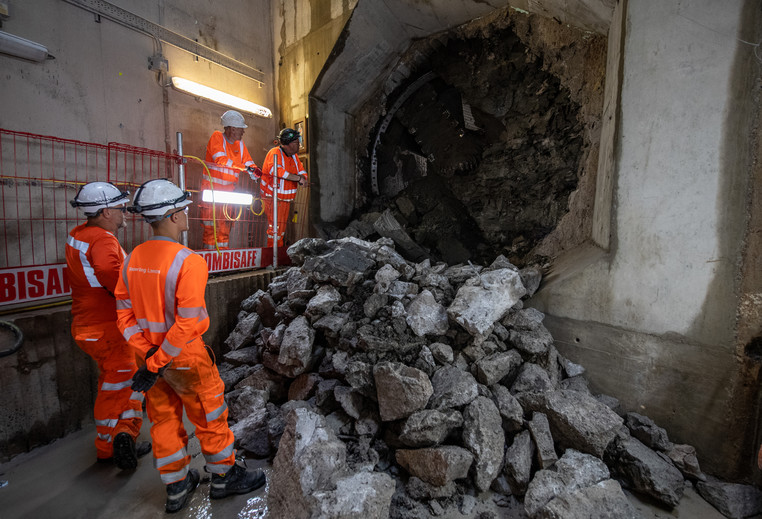 The project is part of National Grid’s continued investment across the network - connecting, expanding and maintaining supply through projects such as Hinkley Connection Project, a £900 million investment to connect low carbon energy to six million homes in the South West.

It also has a planned series of investments along the East Coast of England to deliver on the government’s target of 50GW of offshore wind generation by 2030. 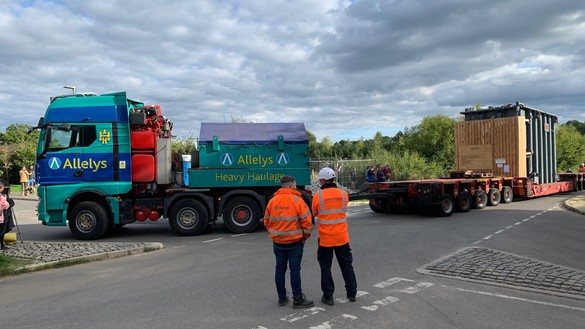 Find out how we're working with industry to help bring forward grid connection dates and boost the capacity of the network. 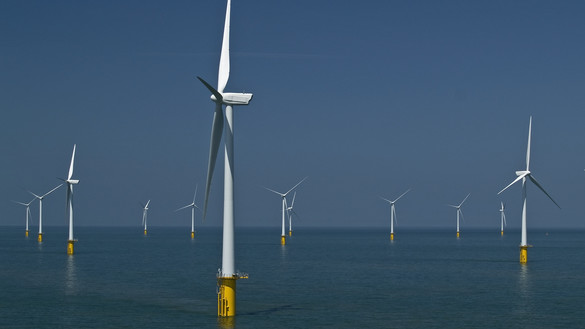 Insight into NGET’s plans to invest and upgrade the electricity transmission in England and Wales to help deliver net zero.