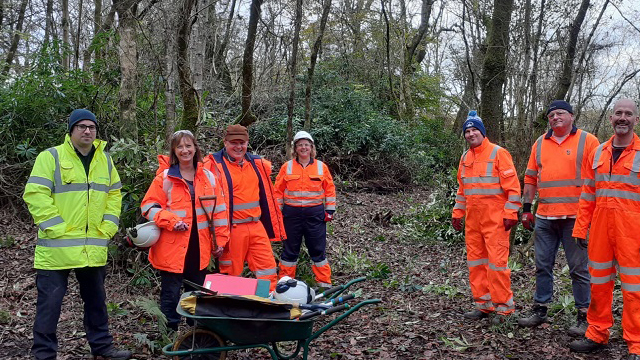 2021: A bumper year for volunteering

Looking back at a year of giving

National Grid and its contractors on the Hinkley Connection Project have had a bumper year of volunteering in 2021; dedicating time to giving back to communities along the route of the new high-voltage electricity line that will connect six million homes and businesses to new sources of low carbon energy.

In 2021, teams gave up over 784 hours of their time carrying out regular volunteering days – from litter picking to tree planting – to give back to communities impacted by the route. Colleagues have also fundraised for a wide range of local causes.

The Siemens team building the new Sandford Substation set up, with their subcontractors, a regular monthly collection for Banwell foodbank. This is part of Weston foodbank, which is operated by the Trussell Trust network. Just before Christmas Day, the team provided a ‘last-minute miracle’ with a £500 donation of canned foods, festive chocolates and cereal.

Following the installation of new 132,000 volt underground cables between the west end of Nailsea and Portishead substation, the project team organised a collection of food and toiletries for two foodbanks run by Nailsea Community Group and Southfield Church. An additional £250 was raised by Bethan Coleman of National Grid and Alan Dixon of J Murphy and Sons and was used to fund a ‘Big Lent Shop’ to support the chosen foodbanks. J Murphy & Sons has also donated a further £350, which was raised through an internal safety initiative, and supplied materials to support the Somerset Wood Recycling and Portishead Community Garden initiatives.

In May, Balfour Beatty and WPD colleagues working in Portbury Wharf Nature Reserve, collected four bags of rubbish in just three hours. In July, National Grid employees armed themselves with grabbers and bin bags to litter pick around Weston-super-Mare. The volunteers filled a whopping 15 bin bags with rubbish over the two evenings.

Just before schools broke up for the summer holidays National Grid and Balfour Beatty ran school sessions with 7 local schools and 250 pupils to talk about electricity, new T-pylons that were being built nearby and collect time capsules that the children had been working on to put inside.

National Grid volunteers took on a big Autumn clear up: removing invasive rhodedendron in the Mendip Hills; clearing a neglected bridleway; and, giving a local village hall a spruce up.

We will continue to go the extra mile to make a difference locally and leave a positive and lasting legacy.

Principal contractor Balfour Beatty shares National Grid’s drive to give back to the communities we are working closest to. During 2021, the team has made a huge impact from manual work outside – including painting and vegetation clearance, revamping of a local youth centre and Zoom calls with educational groups. Balfour Beatty also raised £5,285 for a range of charities, including Weston Hospicecare and Cancer Research UK. In addition, the team donated £550 worth goods to local food banks and homeless shelters and a further £400 worth of materials to local volunteering groups to support their work.

Rounding out the year, the Hinkley Connection Project team gave up some of their time in the run up to Christmas to help Winscombe and Sandford Parish Council close the main road for late-night Christmas shopping, helping preserve the village’s annual tradition.

Johnathon Richardson, Corporate Social Responsibility Officer at National Grid, commented: “We are committed to making a tangible difference to the lives of those living and working in communities impacted by the Hinkley Connection Project. We will continue to go the extra mile to make a difference locally and leave a positive and lasting legacy.” 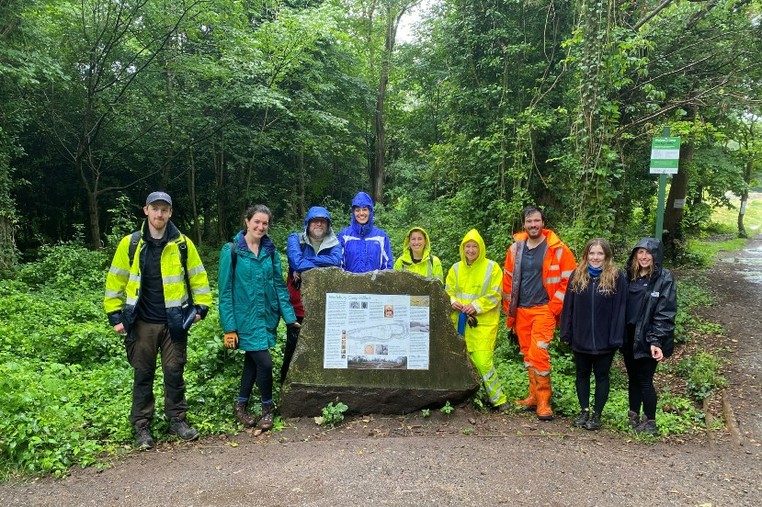 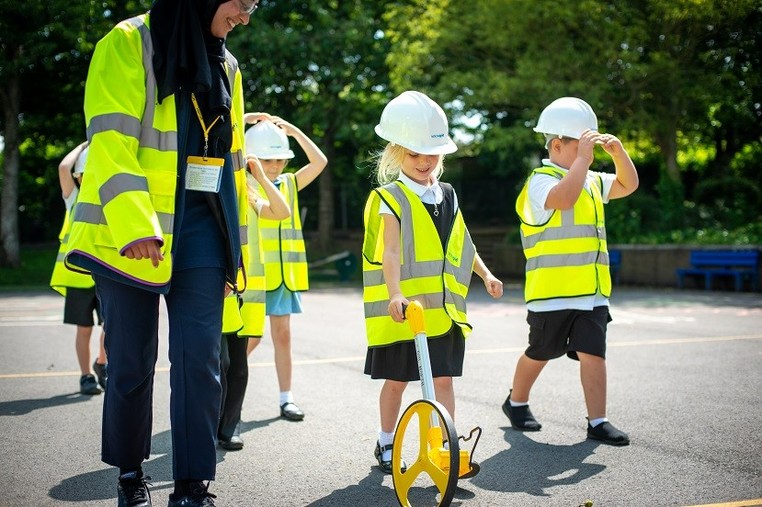 School visits as part of T-time – an initiative to get schools creating time capsules. 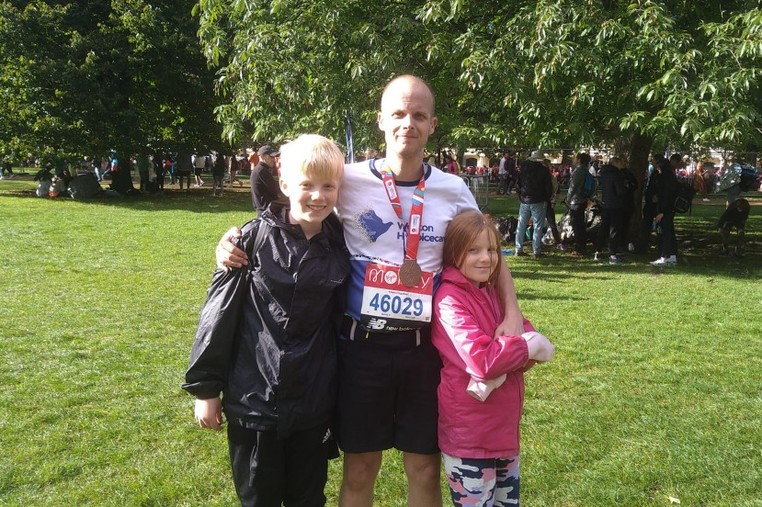 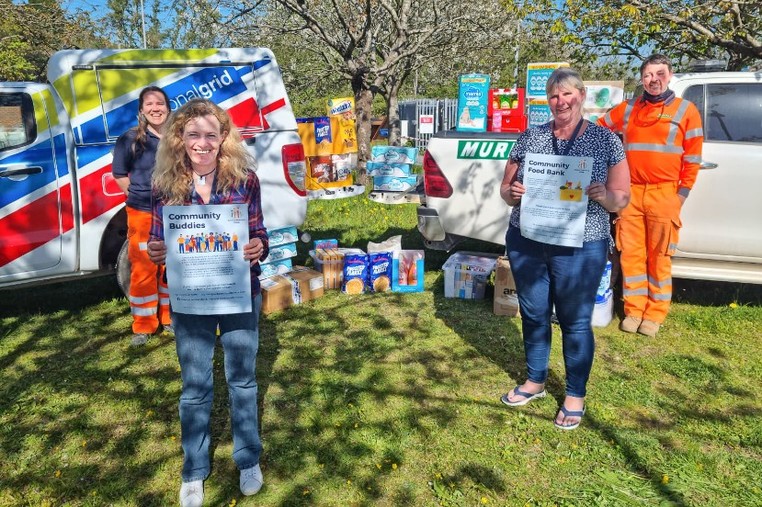 National Grid and J Murphy and Sons with their bumper donation to food banks in Nailsea. 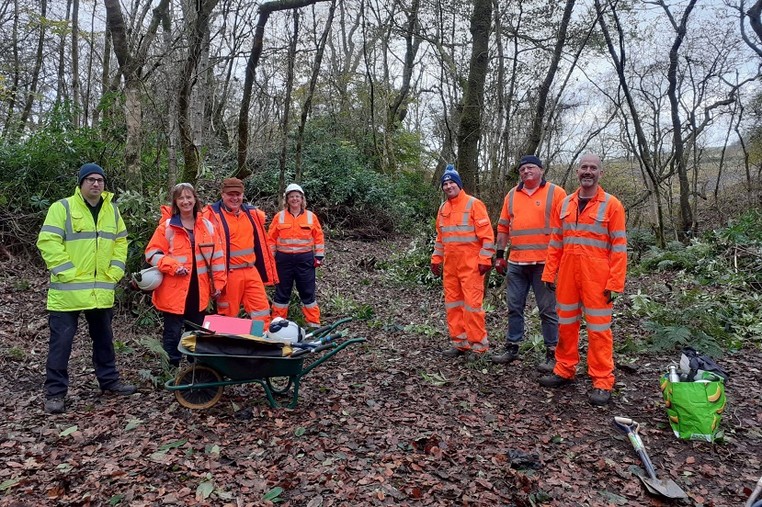 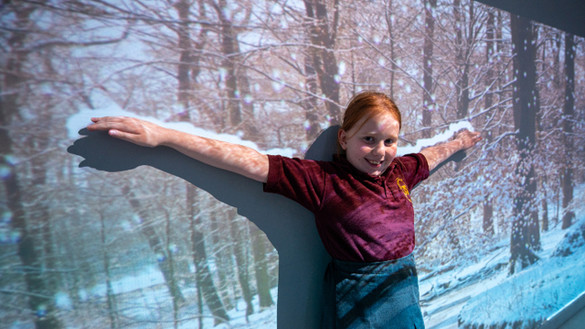 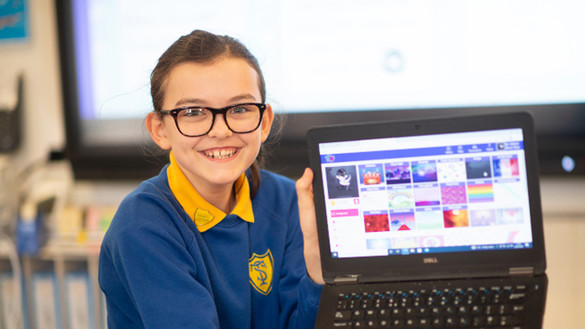 Donation helps ensure no child is left behind