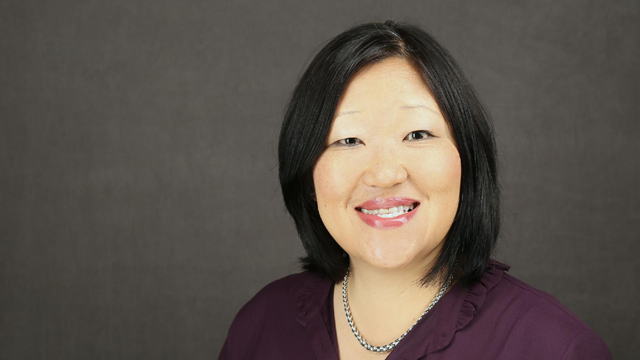 Women should always take that seat at the table

Trisha Brabbs has worked in the utilities industries for 18 years and seen increasing numbers of women rise to leadership roles. On International Women’s Day, she reflects on the challenges we still need to overcome, including women suffering from ‘imposter syndrome’ and the tendency to self-criticize.

Trisha, 46, is Vice President within Capital Delivery in Waltham, Massachusetts. She heads up a team of six and is responsible for project managing large capital projects, providing project controls, project estimating and construction and engineering contract management.

In the entire team of Contracts, Controls and Estimating, women make up only 29%.

“It has been a challenge attracting and recruiting females into our roles,” says Trisha. “I wonder if historically utility companies have been seen as a male-dominated industry and requiring technical expertise, and that has deterred qualified female candidates from applying for open positions. But, in reality, you need to be a strong project manager who’s willing to continue learning, with the ability to collaborate and a track record of delivering projects on budget.”

As a child, Trisha says she always preferred building blocks to playing with dolls, was ‘fond of maths’ and knew she wanted to go into engineering – an ambition encouraged by her family. After completing a Bachelors in Industrial Engineering at the University of Central Florida, her first job was as an IT systems engineer. She’s worked in our organization for three years and was previously at Duke Energy for 15 years, where she ran the resource and project management team, as well as completing her MBA.

We need to call out inappropriate comments and bad behavior

When Trisha first started working it was not uncommon to be called ‘darling’ and ‘sweetheart’. She recalls a male peer patronizing her and when she pushed back, their boss joked, ‘I see we’ve got some healthy tension here,’ rather than supporting her.

Now, she says: “I have no hesitation in calling out bad behavior. Times have changed and certain behaviors that were accepted or allowed in the past are just not OK and should never be tolerated.

Trisha is keen to pass on some advice she received from a female mentor. “She told me ‘always take a seat at the table.’ If you enter a meeting room and the table seats are all taken, you don’t sit against the wall as if you don’t matter – you pull up a chair and ask people to make space.”

She also points out that, to be a good female boss, you have to find your own leadership style. Women shouldn’t ever feel like they have to mimic men in order to be effective. She says: “We have to find our own management style we’re comfortable with. You can clearly define your standards and expectations and address gaps in performance, but you need to do it in your own way that’s right for you.”

Trisha has a monthly round table with female leaders within National Grid. “I really look forward to it,” she says. “It’s a safe space for the eight of us, all managers, to open up and talk about issues women face in the workplace and support each other. We’ve brought in several guest speakers who have spent time sharing their background and experience as female leaders. What’s been eye-opening for me is discovering that someone who is such a strong, confident leader, has experienced some of the same challenges and relatable confidence issues throughout points in their career.”

Trisha thinks there is a real need for a positive recruitment drive for women, who are then supported in their career trajectories. “The female pipeline is not as strong as it should be and we need to figure out how to attract and hire women candidates and then ensure we are helping them develop so they are able to take on bigger roles within the company.”

Her advice to younger female managers is simple and heartfelt. “Don’t be afraid to make mistakes – learn and move on. No one can be perfect.

“Often I see women suffering from ‘imposter syndrome’; we don’t feel we can do the job unless we’re 100% perfect. Instead of being our harshest critics, we need to follow the advice we would give to our friends and be kinder to ourselves.”