Nemo Link is open for business

So far, more than 75% of capacity has been reserved by power traders, who need to buy capacity to move power back and forth between Belgium and the UK.

CEO John Pettigrew said: “We’re delighted that Nemo Link and the Richborough Connection are now both fully operational. They will play a key role in delivering cleaner energy to UK consumers, while also making supplies more secure and competitive.

“Interconnectors like Nemo Link are the perfect tool to move renewable energy from where it is produced to where it is needed most. By connecting the UK and Belgian electricity markets, we will also ensure customers have access to different sources of generation and lower-priced electricity. This will mean that customers pay less for their energy.

Complex engineering projects such as these require a huge amount of skill and dedication from those involved. To have delivered Nemo Link ahead of schedule and under budget is a fantastic achievement.

Nemo Link is the first of four interconnector projects being developed under the cap and floor regulation, collectively representing a total investment by National Grid of £2.1 billion.

Our 1,000 megawatt (MW) IFA2 project to France and 1,400 MW North Sea Link to Norway are both under construction and expected to be operational in 2020 and 2021 respectively. In November, the National Grid Board gave financial approval for the construction of the 1,400 MW Viking Link, which will connect the UK with Denmark.

Complex engineering projects such as these require a huge amount of skill and dedication from those involved. To have delivered Nemo Link ahead of schedule and under budget is a fantastic achievement.

Since construction began in 2015, more than 1,400 engineers and project specialists have worked on the project, working over 2.6 million hours (excluding manufacturing).

More than 750,000 man hours were spent building the new 20km overhead line, substations and associated works for the Richborough Connection. A total of £200m was invested in two new high-voltage substations and 60 new pylons between Richborough and Canterbury, to carry the 260km of cables needed to join Nemo Link to National Grid’s transmission network. 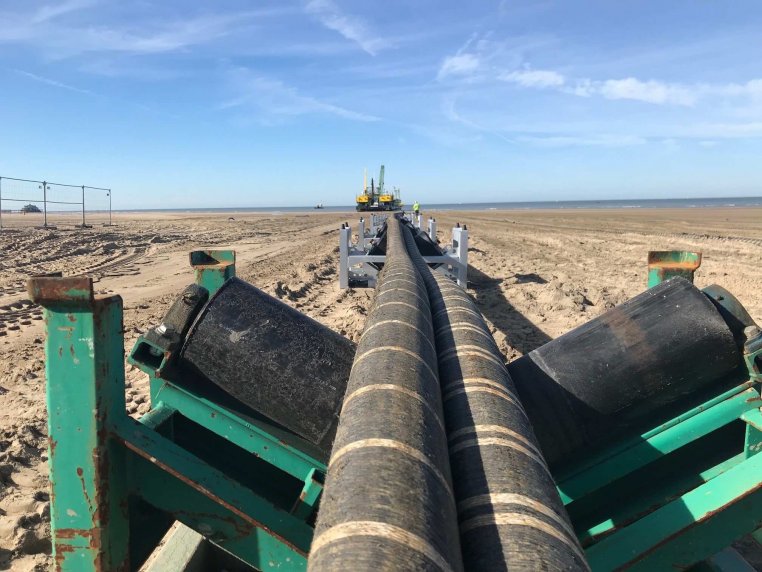 During the construction of Nemo Link, teams were faced with several challenges; including finding more than 1,200 potential explosives on the seabed and beaches. Many of these dated back to World War Two and had to be detonated by Royal Navy dive teams. Watch our Nemo archaeology video to see some of the items found.