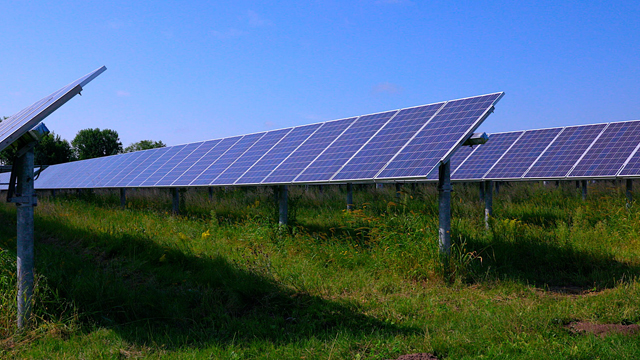 The two Michigan solar projects, constructed by Michigan workers, are estimated to offset over 50,000 metric tons of carbon dioxide annually.

Combined, the projects produce 40 MW of clean solar energy. Together with its affiliated entities, National Grid Renewables owns and operates both solar projects and each project has a Power Purchase Agreement with Consumers Energy.

National Grid Renewables contracted with Michigan-based engineering, procurement and construction contractor J. Ranck Electric, Inc. to construct the projects. During peak construction, MiSolar employed approximately 160 workers, 95% of which were recruited from communities within 100 miles of each site. Using Michigan-based subcontractors, including The Hydaker-Wheatlake Company, based out of Reed City in Michigan, resulted in additional MiSolar job and economic benefits.

“As a Michigan-based company, The Hydaker-Wheatlake Company was proud to help construct the MiSolar portfolio,” stated Neil Wallerstrom, General Foreman at The Hydaker-Wheatlake Company. “Solar projects like the MiSolar portfolio provide economic benefits for Michigan residents at the local and state level. Throughout the construction process of both project substations, we were able to hire Michigan residents and were pleased to support local hardware stores, hotels and restaurants.”

Now operational, three full-time operations and maintenance staff work at the MiSolar project sites. During the first 20 years of operation, MiSolar is projected to further benefit the community through the creation of approximately $6 million in new tax revenue, based on current Michigan law. Throughout that same time period, using the United States Environmental Protection Agency’s greenhouse gas equivalencies calculator, the combined projects are estimated to offset carbon dioxide emissions by over 50,000 metric tons annually.

“Our company has a long history in Michigan and we are proud to support the state and local economies through the creation of new tax revenue and jobs that result from these projects,” stated David Reamer, Head of Development, US Onshore Renewables for National Grid Renewables. “Thank you to the residents of Clinton and Monroe Counties for welcoming us into your communities.”

Tim Sparks, Vice President of Electric Grid Integration at Consumers Energy, said: “In support of the company’s triple bottom-line strategy to serve the people, planet and prosperity in Michigan, Consumers Energy has committed to achieve a net-zero carbon energy future.