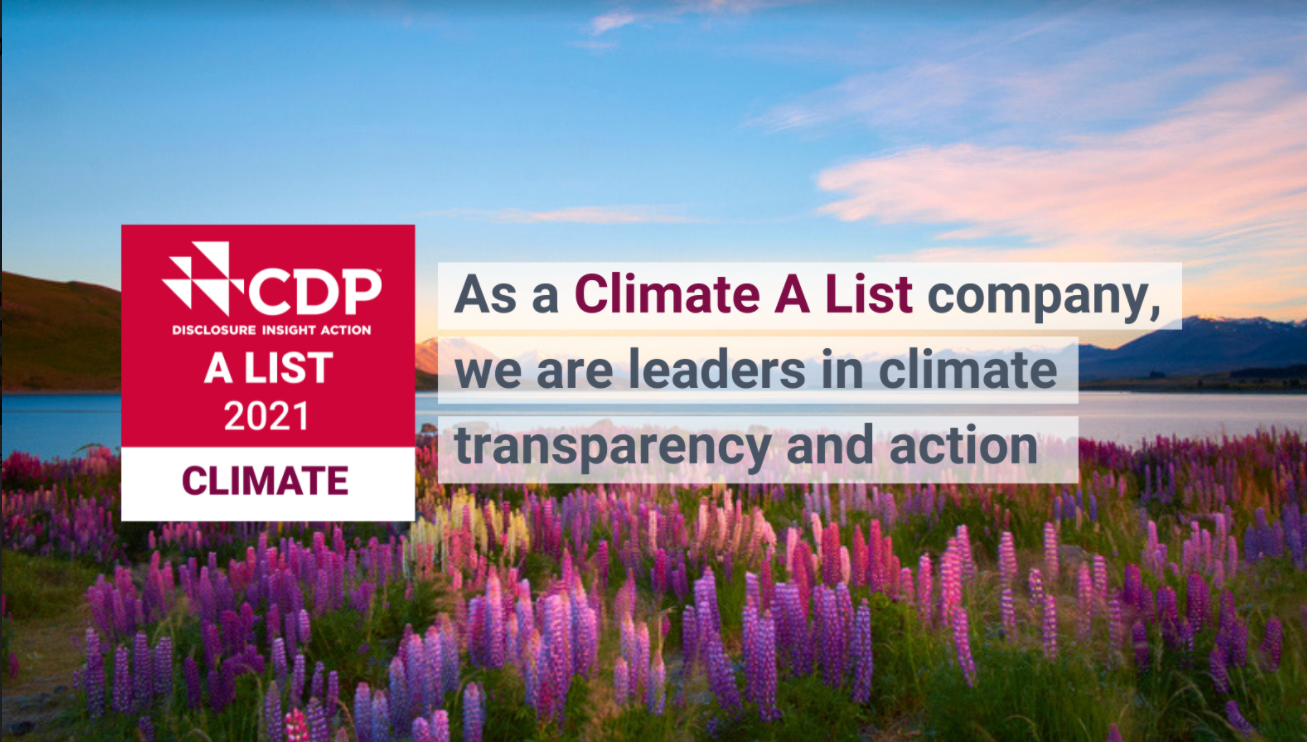 National Grid has been recognised for leadership in corporate sustainability by global environmental non-profit CDP, securing a place on its prestigious ‘A List’ for tackling climate change, for the sixth year running.

National Grid was recognised for its actions to cut emissions, mitigate climate risks and develop a low-carbon economy, based on the data it reported through CDP’s 2021 climate change questionnaire.

Duncan Burt, Chief Sustainability Officer at National Grid, says: “We have taken significant action on climate change and we’re proud that our efforts have been recognised by CDP. This year has been crucial for climate change and as we close 2021, reflecting on how far we’ve come, including at COP26, we’re excited about the journey ahead. The coming years will be pivotal for the clean energy transition and everyone at National Grid is eager to play their part.”

Paul Simpson, CEO of CDP, says: “Taking the lead on environmental transparency and action is one of the most important steps businesses can make, even more so in the year of COP26 and the IPCC’s Sixth Assessment Report. The scale of the risk to businesses from climate change, water insecurity and deforestation can no longer be ignored, and we know the opportunities of action far outweigh the risks of inaction. Leadership from the private sector is essential for securing global ambitions for a net-zero, nature positive and equitable world. Our A List celebrates those companies who are preparing themselves to excel in the economy of the future by taking action today.”

National Grid is one of a small number of high-performing companies out of nearly 12,000 companies that were scored. CDP’s annual environmental disclosure and scoring process is widely recognized as the gold standard of corporate environmental transparency. In 2021, over 590 investors with over US$110 trillion in assets and 200 major purchasers with US$5.5 trillion in procurement spend requested companies to disclose data on environmental impacts, risks and opportunities through CDP’s platform. A record-breaking 13,000 companies responded.

A detailed and independent methodology is used by CDP to assess these companies, allocating a score of A to D- based on the comprehensiveness of disclosure, awareness and management of environmental risks and demonstration of best practices associated with environmental leadership, such as setting ambitious and meaningful targets. Those that don’t disclose or provided insufficient information are marked with an F.

The full list of companies that made this year’s CDP A List is available here, along with other publicly available company scores: https://www.cdp.net/en/companies/companies-scores