Helping green up the UK’s energy

27-year-old Erinn Sapsford was tempted away from her original career plans after enjoying an ‘industry year’ at National Grid during her Mechanical Engineering degree. As a Business Readiness Engineer, she applies her skills to one of our key projects, enabling the UK to import more green energy from Norway.

My family has strong connections with the RAF and I was planning to follow in my father’s footsteps and join up as a mechanical engineer. But then I spent my undergraduate industry year working for National Grid and, while it broke my dad’s heart a little, my passion was sparked!

I returned as a graduate trainee in 2014 and I’ve had a fantastic five years working on big investment projects. I’m currently part of National Grid Ventures, planning how we’ll run and maintain a new electricity interconnector that’s being laid under the North Sea. It’s like a giant extension cable running from Norway to Britain. When we switch it on in 2021, it will allow us to import a flow of 100% clean, green energy from Norway’s hydropower.

It’s one of the longest interconnectors ever built, buried beneath some treacherous waters too. Right now, I’m problem solving how we’ll quickly tackle any unexpected supply interruptions – for example, if the cable gets accidentally struck by a fishing trawler. I’m using a mix of engineering skills, from mathematical calculations to help pinpoint a fault location, to understanding deep-sea robotics and practical, at-sea repair solutions.

Inspiring the next generation of engineers

Like a lot of engineers, I’m a big fan of STEM subjects. I visit local schools to talk about my work as an engineer. I’m also a supporter of apprenticeship training. While it wasn’t my route into National Grid, I see the benefits among my colleagues who’ve trained this way and gained strong, hands-on experience they’ll rely on throughout their careers.

I’ve never encountered an issue being a female engineer … among my colleagues I’m an engineer. Full stop!

National Grid has a family feel about it and you’re looked after. They’ve been really supportive of me applying for my Chartered Engineering membership. I’ve never encountered an issue being a female engineer at work, despite women being underrepresented in the industry. Among my engineering colleagues I’m an engineer. Full stop! 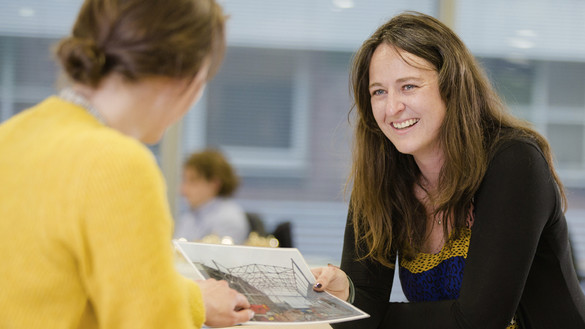 27-year-old Erinn Sapsford was tempted away from her original career plans after enjoying an ‘industry year’ at National Grid during her Mechanical Engineering degree. As a Business Readiness Engineer, she helps the UK to import green energy from Norway.