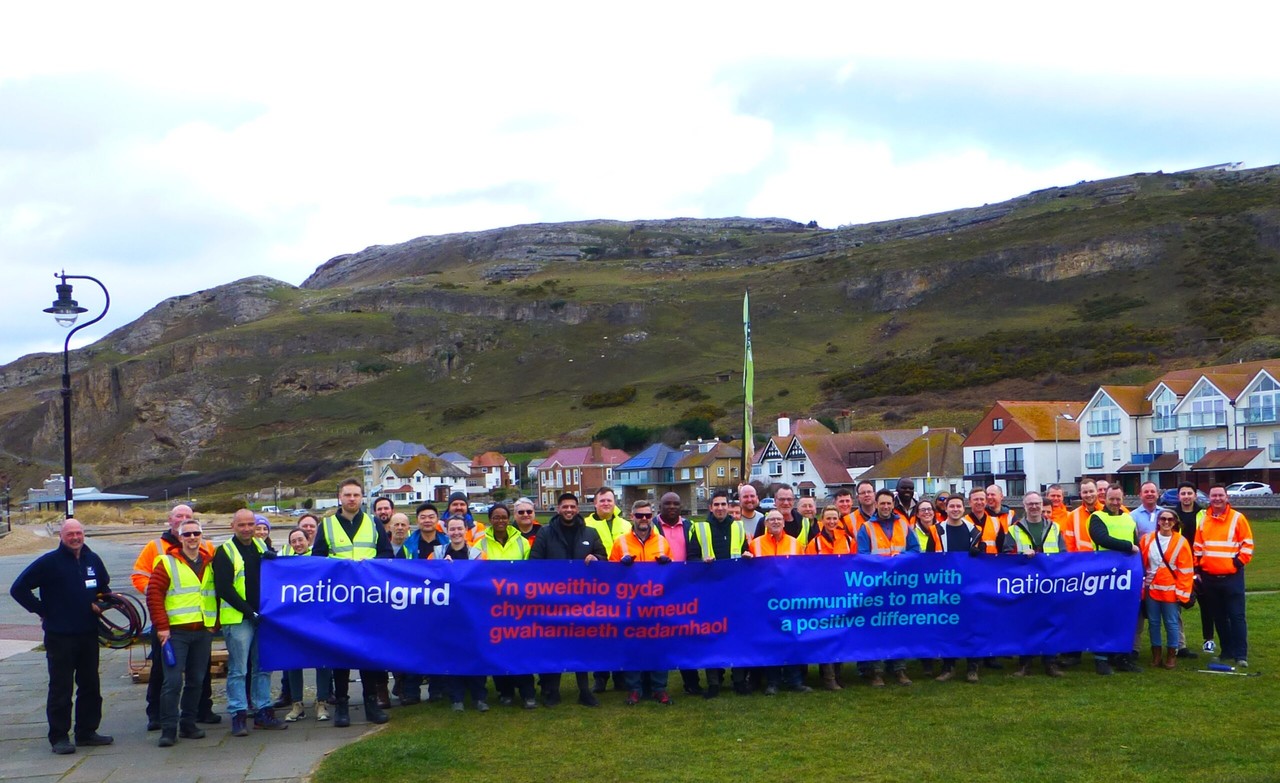 A clean sweep for Llandudno's beaches

Visitors to the North Wales seaside town of Llandudno will find the beaches pristine and litter-free thanks to the sterling work of a team from National Grid.

Following the clean up, the equipment used in the litter pick (grabbers and bin hoops) was donated to NWWT.   Mark Roberts NWWT’s Marketing, Membership & Recruitment Manager who had co-ordinate the activity was delighted with the donation.  The donated items were put to good use almost immediately by a local school who had a planned litter pick at another location in the area on the next day.  The extra kit would have a really positive impact on the school event as now all the children would have use of their own equipment for the day rather than having to share.”

As well as picking up litter, the team also helped to collect marine life egg casings that were used to identify and record species present in the area.  Among the species recorded on the day were sting ray, and two species of dog fish.

Work on the Snowdonia VIP project will begin this year and the team is keen to get involved in local events and volunteering opportunities.