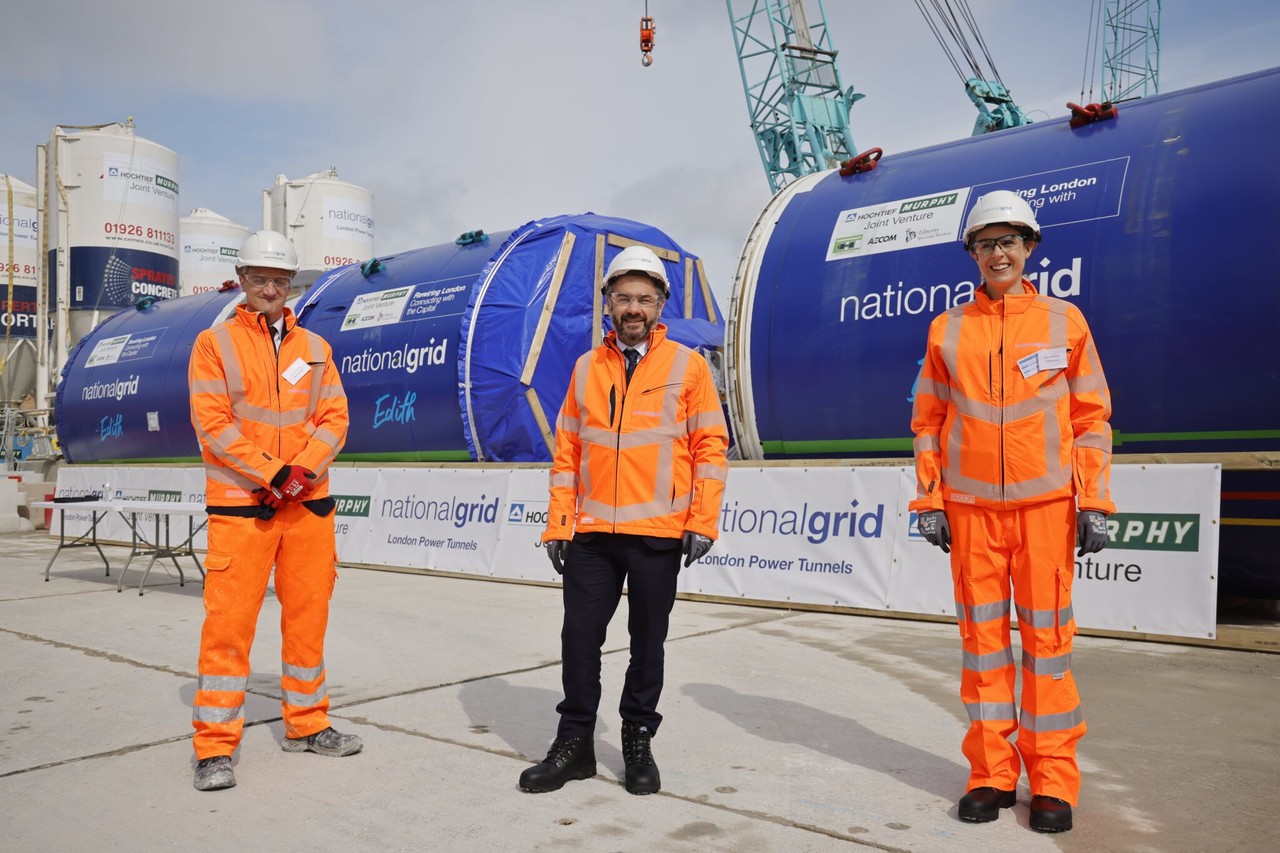 National Grid marked the arrival of ‘Edith’, a tunnel boring machine (TBM) weighing around 140 tonnes, equivalent to about eight London buses, at its London Power Tunnels (LPT) New Cross site. The arrival of this formidable machine marks a significant milestone for the project and the start of Edith’s journey, to help construct 32.5km of tunnels deep below the streets of South London between Wimbledon and Crayford. These works are vital for the future of London’s electricity supply, keeping the lights on well into the future.

The event on 18 May followed the arrival of the TBM on site on 14 May and gave attendees the opportunity to view the impressive machine before it is lowered into the ground to begin tunnelling in the following days.

Minster for London, Paul Scully MP, formally inaugurated the machine ‘Edith’ which was named by staff on the project. The name Edith was chosen to honour Edith Clarke, the first female electrical engineer and pioneer who used maths to improve our understanding of power transmission. ‘Edith’ was also blessed by a local religious leader next to an image of Saint Barbara, the patron saint of underground workers. This is a tradition carried out on tunnelling projects, to watch over and protect its workers.

LPT represents a significant £1 billion investment in London and follows the success of the original London Power Tunnels project, north of the Thames. Construction began with our joint venture partner HOCHTIEF Murphy on this vital infrastructure project in March 2020, carrying on safely through COVID-19, with the arrival and launch of TBM this spring representing an exciting new chapter for this project and for London.

“Our London Power Tunnels project is making sure electricity reaches homes and businesses in London safely, reliably and efficiently. The arrival and launch of the TBM at New Cross is an exciting milestone for this project, so I am delighted that we are able to host an event to mark this occasion. A huge amount of work has gone into making this possible, so I would like to thank everyone who has been involved in the success of this project so far, especially as the project began at the start of the pandemic. Despite its challenges our engineers have been able to deliver this vital project and reach this milestone.”

“As well as keeping the lights on, the £1 billion investment through the London Power Tunnels project shows the full range of London’s engineering talent that is helping to build back better from the pandemic.

“It was great to smash the metaphorical champagne bottle across National Grid’s new 140-tonne tunnel boring machine, which is heavyweight tech for a heavyweight project, and I wish it every success on its maiden voyage.”