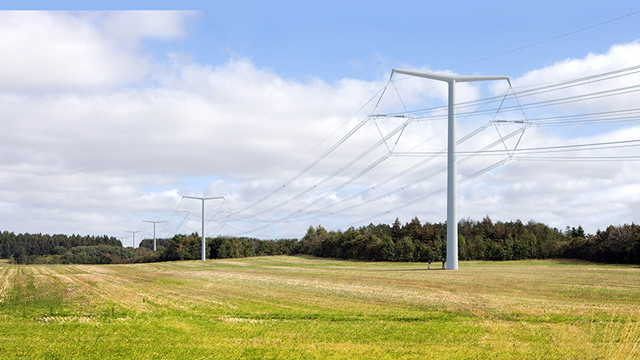 By the end of 2021, the first T-pylon on National Grid’s network will be constructed as part of the Hinkley Connection Project. It will be one of 116 T-pylons along the 57km route, which will connect low-carbon energy from EDF’s Hinkley Point C power station to six million UK homes and businesses. It will also allow for more capacity on the network for renewable energy from the South West peninsular.

Once energised, they will be the UK’s first operational T-pylons and the first new design for a UK electricity pylon for almost a century.

The T-pylons have a single pole and T-shaped cross arms, which hold the wires in a diamond ‘earring’ shape. They are around 35 metres high – about a third shorter than traditional 400kV lattice pylons – have a smaller footprint and use less land.

The new high-voltage 400kV overhead line featuring the new pylons is just one element of the Hinkley Connection, which will run from Hinkley to Seabank, near Avonmouth.

The full route is made up of 14 interconnected project stages, which are set for completion by 2025. It includes modifications to Western Power Distribution’s (WPD) existing network, plus 8.5km of underground cables through the Mendip Area of Outstanding Natural Beauty, which will leave the area free of pylons for the first time since the 1960s.

Construction work started in 2018 and, as a critical infrastructure project, has continued throughout 2020. It was hoped that we’d see the first T-pylons constructed by July 2021. However, the programme has recently been revised and the construction of the main T-pylon structures will now start from the end of 2021.

In that time, highlights include:

National Grid is also supporting local communities most impacted by the works through a range of initiatives. So far these include over £354,000 in STEM grants to 538 schools, a total of £332,000 in community grants to 22 local projects, plus an adult skills programme that has seen 175 local unemployed people gain a recognised construction qualification and helped 66 back into employment.

James Goode, Project Director for National Grid, said: “We have already reached some significant milestones on the Hinkley Connection Project, which is a testament to the skills and expertise of the project team and partners. It’s exciting to look forward to this time next year, when Hinkley Connection will see construction of the first new pylon design in nearly 100 years.” 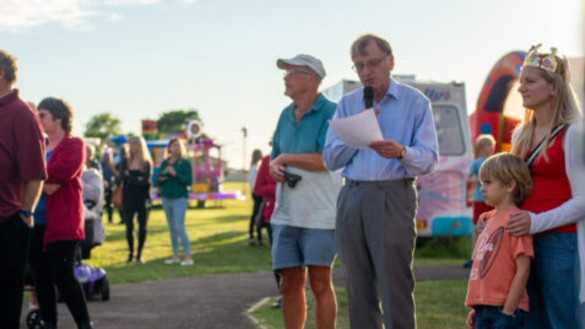