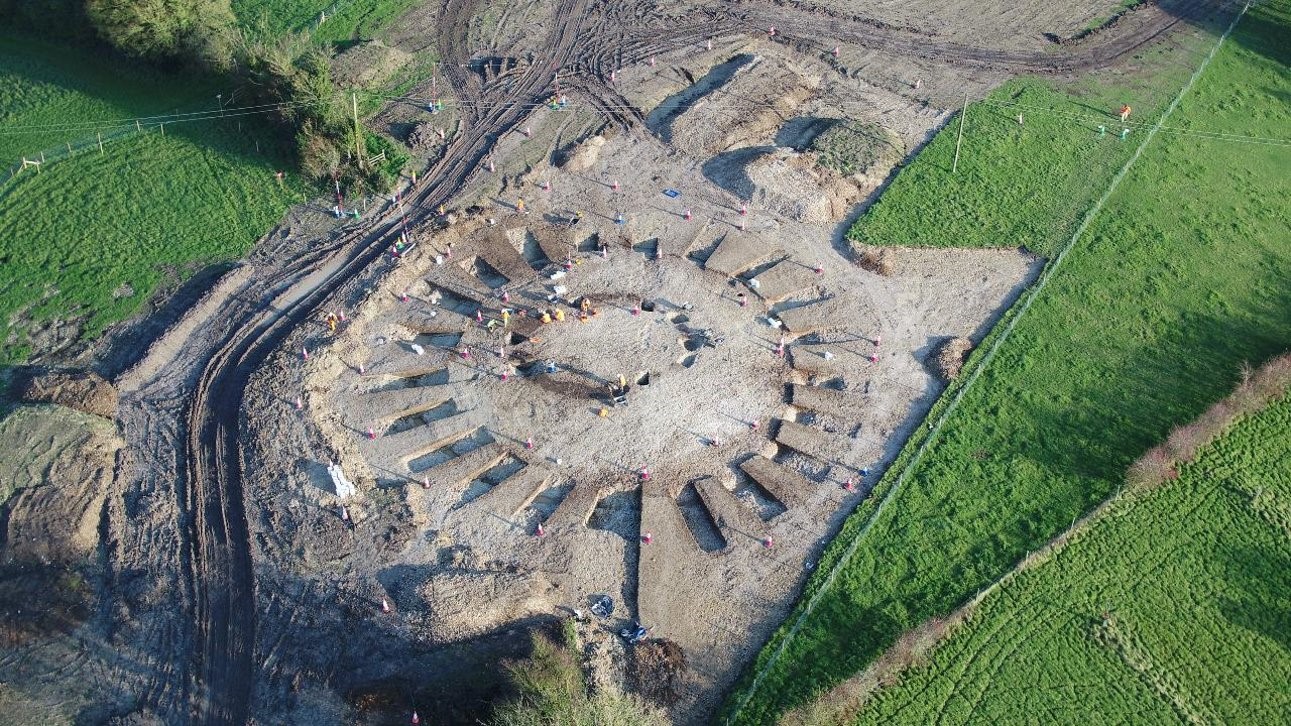 Digging for history: discover the story behind the amazing archaeological finds in the Dorset Downs

A major landscape enhancement project has unearthed a wealth of fascinating finds on an impressive scale in the Dorset Downs.

Just 20 months after National Grid started work in 2018 on its Dorset Visual Impact Provision (VIP) project just outside Dorchester, the team of more than 25 archaeologists have uncovered compelling evidence of human presence in the area dating back 6,000 years.

National Grid’s VIP project will transform views of the Dorset Area of Outstanding Natural Beauty (AONB) by removing 22 pylons and replacing an 8.8km section of overhead line with underground cables near the villages of Winterbourne Abbas, Winterbourne Steepleton, Martinstown and Friar Waddon. It’s one of the first projects in the world to remove existing high-voltage electricity transmission infrastructure solely to enhance the landscape.

With the archaeology now concluded and the engineering work which will enhance the landscape in full flow, National Grid has organised a series of free webinars to give people a taster of the fantastic findings and what they mean.

Led by National Grid’s Lead Project Manager, Paul Hamnett and John Boothroyd of Oxford Archaeology, each webinar will focus on a different period in history and feature a contribution from one of the many stakeholders who made the project possible, including Amanda Chadburn Senior Policy Adviser, Historic England and member of the VIP project’s national Stakeholder Advisory Group; Tom Munro, Manager of the Dorset AONB Partnership, and Steve Wallis, the Dorset County Archaeologist from Dorset Council.

Paul Hamnett said: “The complexity of this project is what makes it so interesting. In addition to the engineering side of the project, the scale of the archaeology work is incredible. This is a scheme designed to enhance the landscape and enrich local experience. We are looking forward to sharing what we’ve discovered and are encouraging anyone interested in finding out more to sign up for our webinar events.”

You can find out more including how to register to attend the free events at: http://dorset.nationalgrid.co.uk/

Excavations along the route of the Dorset VIP scheme have provided a fantastic opportunity to enhance our outstanding of one of the richest prehistoric landscape in the country. Over the course of the project, evidence for life and death during the Neolithic (4000-2500BC) and Bronze Age (2500-800BC) has been uncovered, ranging from funerary monuments to stock enclosures. Click here to register to attend

Webinar 2 – Roman (Tuesday 15 June)
Works have uncovered remains of a small Roman settlement comprising stone buildings with evidence for crop processing and aggregate extraction, along with the remains of a few of the inhabitants.  Click here to register to attend

Webinar 3 – Early to post medieval (Tuesday 22 June)
The Saxon arrived in west Dorset around the end of the 7th century and excavation of large cemetery dating to the early-mid 8th century will provide a fantastic insight into the population of the area at this time. Evidence of later material activity was also noted within the scheme and sheds light the agricultural landscape we see today. Click here to register to attend

For media information only:

For National Grid, which is the electricity transmission owner in England and Wales, this means considering the visual amenity of our existing infrastructure in National Parks and Areas of Outstanding Natural Beauty (AONBs).