Career: Paula began her career as an economist and has spent over 25 years in the energy sector in a variety of operational and corporate roles, gaining extensive experience of FTSE 100 and S&P 100 boards.

Paula joined Pacific Gas & Electric (PG&E) early in her career and, after roles in rates, regulation and power contracting, she was appointed as senior vice president of PG&E’s natural gas pipeline transmission subsidiary company. She later became CEO of Duke Energy North America, a power plant developer that was a subsidiary of Duke Energy. At AGL Resources Inc. (which was later acquired by the Southern Company), Paula advanced to the role as Chair, President and Chief Executive Officer and was recognised for her role in transforming the company to a multi-state energy and telecommunications business. She was then named CEO of Safeco Corp, a Fortune 500 insurer (which was acquired by Liberty Mutual) and spent a year as Chief Restructuring Officer at AIG during the 2008-09 financial crisis.

Paula has held Board level roles throughout her career, including at Air Products and Chemicals, Delta Air Lines Inc,, CBRE Group Inc, and TC Corporation, a major North American energy infrastructure company. Up until 31 December 2020, Paula was Non-executive Director and Chair of the Remuneration Committee at BAE Systems plc.

Currently, Paula is a Non-executive Director at General Electric Company and Senior Independent Director and Chair of the Remuneration Committee at BP plc. Her extensive knowledge of the evolving energy landscape at an international level will be a true asset to the Board and will be key in facilitating National Grid in its vision of leading the energy future.

Skills and Competencies: Paula’s strong business acumen can be demonstrated by her impressive track record of leading complex international businesses. In her board and leadership roles, Paula has demonstrated her decisive and pioneering nature which will be crucial in moving National Grid’s vision forward, as it embarks on its journey to enable the clean-energy transition and net zero by 2050. Her knowledge of the energy market and experience supporting organisations through transitional periods is an asset to the Board, as National Grid continues to grow and embrace opportunities.

Paula is Chair of the People & Governance Committee, and is pivotal in ensuring that the succession and composition of the Board matches the culture, strategy and leadership needs of the Company. These skills combined with her insight into strategic and regulatory issues support her in leading and governing an effective Board. 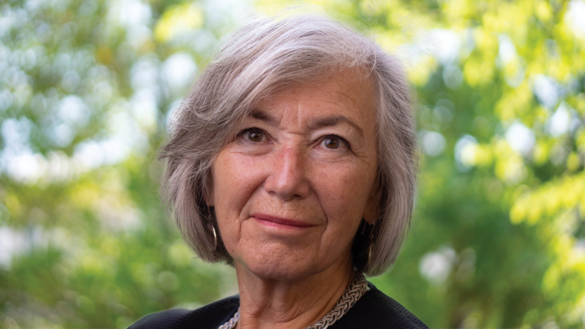